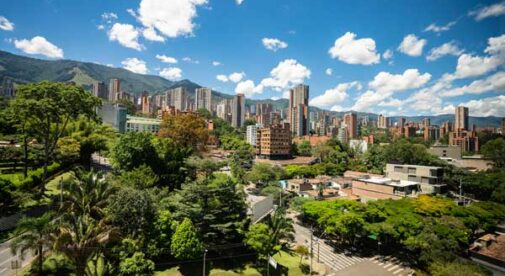 This week it’s land…land…productive land. As Mark Twain said “they ain’t making anymore of it.”

But first, meet my owl…

I was mid-sentence when I heard the thud…

I was on a call with a member of my team just back from the colonial town of Guanajuato. He was filling me in on what he’d found—properties with rental potential in the heart of the historic center. (I’ll send Jason’s full report and video from the ground to RETA members next week.)

So I stepped onto the terrace and found this guy:

After it crashed into the window it was out cold. My wife, Sayuri picked it up. It started to wake up…then got stressed and dug it’s tiny razor sharp talon in her hand. Soon one eye open…it got up…one eye open and slouched to the left. Like a drunken sailor. Finally it’s second eye opened, it straightens up revealing the piecing yellow eyes…cute and powerful at the same time. And…then it flew off into the verdant canopy. I hope it ok…

I’m a real estate guy. I don’t smoke pot, though I think prohibition is idiotic. But I have a keen interest in weed. There’s one simple reason. The global marijuana industry is booming and it’s an industry that needs real estate.

You need land to grow weed. You need warehouses to store it, facilities to process and package the products, stores to sell those products…and you need housing for the thousands of people now being employed in this booming industry.

Cannabis is in from the cold. More than 30 countries have legalized medical marijuana. I could easily name over a dozen which have decriminalized recreational use. And it’s not just for medicine or stuffing into bongs, there’s a booming market in cannabis-based beauty products.

Estimates on the value of the global cannabis market vary. But all agree it’s a big number. Global cannabis sales for 2020 hit around $20 billion, an increase of 38% over 2019 sales. Arcview Market Research suggests this is going to be $57 billion by 2027.

Only a few countries that have legalized or are preparing to do so have the growing capacity of Canada, which made medicinal cannabis legal in 2004. Canadian firms are already exporting cannabis to countries that recently legalized medicinal use and have yet to establish their own growing facilities.

But…Canada is not a great place to grow weed. I’ve lived in Toronto. Winters are harsh, daylight hours are short. Overcoming those conditions to grow high-grade medical cannabis in Canada is expensive. Plus, wages in Canadian are high.

So, as luck would have it for us, Canadian firms are expanding their operations in our RETA backyard. Canadian groups have been scrambling around looking to partner up with local operators or are looking to invest, which is set to drive up values of both companies and land.

I’ve been bringing incredible real estate opportunities to RETA members from Colombia since my first trip in 2011. And since early 2019 now I’ve had my in-country insiders meticulously tracking the applications foreign companies are making for licenses to grow and process cannabis. By doing so, we can identify patterns that could lead to big profits. By closely watching where exactly within Colombia this industry is developing, we are keeping our fingers on the pulse of this major profit trend.

I’ve identified two regions in particular that I’m honing in on for further scouting. If you’re a RETA member, I told you about this in your February 2019 issue.

Colombia is a brilliant place to grow weed. The climate is ideal and the topography is perfect. The country is already one of the world’s top flower producers. More than 70% of cut flowers imported into the U.S. come from Colombia. That market is worth more than $1 billion every year. But the marijuana market could end up dwarfing that.

Some estimates put the costs of producing an ounce of weed in Canada at $1.50, compared to only five cents in Colombia. Colombian growers say the cost of production in Colombia is 10 times lower than in Canada. Whatever it is, the point is that it costs a lot less.

For years I’ve worked tirelessly to be ahead of the mainstream in Colombia. Even before the country’s civil war ended, I was on the ground in Medellín. Once called “the Murder Capital of the World,” I could see that city’s incredible potential. Today, Medellín lays claim to being South America’s “Start-Up Capital.” It’s a model city, feted around the world for its progressive and innovative ways. International companies have flocked to set up shop there. And folks who followed my buying recommendations have done well.

It’s worth pondering prohibition in the U.S. from 1920 to 1933. The ban on alcohol in the States proved an economic boon to Canada. A case of whiskey bought in Quebec for $15 could be sold in New York state for $120. And when prohibition ended the big boys came along and swallowed up all the small-scale producers, consolidating everything.

A long-term contact of mine moved to Uruguay some years ago after living in Latin America for almost a decade. Uruguay, he told me, was different in many ways to other Latin countries. To illustrate his point, he told me about his first experience with the police in Uruguay.

My contact is always in a hurry. He likes to drive fast. The first time he was pulled over by the police in Uruguay for speeding, he automatically reached for his wallet. He expected that a bribe would make the speeding ticket go away. That had worked for him in other Latin countries. But the Uruguayan police officer warned him that if he didn’t put his money away he’d face a charge of attempting to bribe an officer—as well as the speeding ticket.

I laughed as my contact told me this. Uruguay is known for its low levels of corruption. He found that out the hard way…

I’m charmed by Uruguay. It’s one of my favorite countries in South America. It’s small, safe and stable. It’s the kind of place where you see hitch-hikers on the side of the road…where country folks leave their doors unlocked…and where the seriously wealthy relax on beaches that are open to the public.

It’s a little country that’s dwarfed by neighbors Brazil and Argentina (which are also the largest economies in South America). Many Brazilians and Argentines consider Uruguay as a safe port…a place to invest and stash their money—away from any political or economic turbulence back home.

Uruguay is a friendly country that minds its own business, keeps its yard tidy, and doesn’t have a beef with anyone. Everything is orderly and planned. The infrastructure is excellent – from a network of good roads, to reliable power, and free WiFi on buses, public parks, and plazas.

And as a foreign investor you’ll find a warm welcome.

Farmland is a smart play here. The country boasts a strong export market, well-qualified experts such as agronomists, and a low-tax and low-tariff policy. Good farmland in Uruguay can cost 40% less than in Europe or North America. And it’s one of the few countries where it’s easy to determine how productive farmland is. The government mapped every piece of land in the country and assigned a productivity index to each one, which tells you how much the land will produce and how much you should pay for it. That simplifies things for big investors looking to buy productive agricultural land or following a land bank play.

Corruption levels are low. Bureaucracy is easier to navigate than in other Latin countries. The rules and regulations are open and transparent, and not subject to change on a whim.

I’ve been tracking the real estate market very closely in Uruguay over the last 15 years. The farmland play is to buy land and lease it to a farm business. Or, hand it over to a specialist farm management company who will farm it for you. While you own farmland (maybe the ultimate inflation hedge) you could generate a yield and also enjoy the long-term appreciation of the land you buy.

You don’t go into Uruguay as a pioneer in a frontier market. You follow in the footsteps of savvy regional investors and players.

I’m checking in with my insiders in Uruguay next week and will bring any opportunities to RETA members.

As part of the improvements I’m making, I’ve set up some social media accounts that I’d love for you to follow. Let me explain what we’ll be sharing in this video:

Check in on our new Overseas Dream Home Instagram.

And here is our new Facebook page where my team and I will be sharing photos, articles, videos, and more on a daily basis.

Alex asks: Hi Ronan, We’re enjoying your RETA reports and watching the deals that you have been sending through to members with interest. We are not quite ready to make a move, so are still doing our research.

We spent two-and-a-half months in the Canary Islands last winter and loved it. We are wondering if that is a spot that you may be exploring in the future?

Ronan says: Hi Alex. While they’re not a top priority right now, the Canary Islands are certainly on my radar. Their sheer popularity with European vacationers is enough to warrant attention. If I get a space, I’ll visit.

In the meantime, check out this bargain bolthole piece I wrote a few weeks back where I share some interesting listings my team found on the Canary Islands. I haven’t done due diligence on these, but they might be worth doing more research on.

A Note From the Road on Mexico’s Pacific Coast