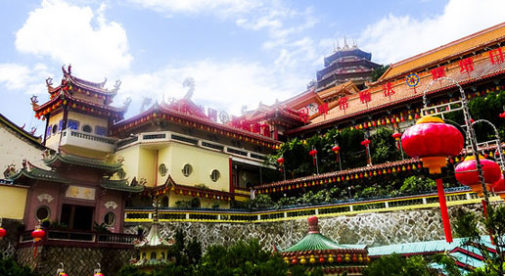 Penang ticked all the boxes for me when I was researching a place to live overseas. This cosmopolitan island in Malaysia provides me with all the things I wanted from my new home, including a lower cost of living and friendly locals and expats.

There are lots of things to take into consideration when you’re looking for a new place to live abroad—language, food, healthcare, buying a car, buying an apartment, where to live…the list goes on. And sometimes you will find that not everything is to your liking.

What sounds like heaven to one person can easily sound like hell to another. While I found Penang was the perfect location for me, it isn’t for everybody, and there are definite drawbacks that you have to take into account before deciding to make the move.

With that in mind, here are some of the aspects that make living in Penang great, as well as one that might make you change your mind.

Penang is about as exotic as you get. It’s a melting pot of cultures from all over the world and has been for the last 300 years. And it’s not just the local mix of Chinese, Malay, and Indian either. Persians and Armenians have been trading here for some time (600 years) and have added their own distinct flavors to Penang’s architecture and food. Hutton Lane, in George Town (Penang’s capital), although largely Chinese, is known locally as Jawi street. Jawi is the Malaysian name given to Persians who intermarried with locals, and they are distinctly different to other Malaysians and proud of their culture.

The homes on this particular street have a Persian feel to them. Water fountains with mosaics made with colored glass, stone, and other materials are quite common. Some have a central pool with surrounding gardens, and some are either orientated towards or away from Mecca.

Throw into this melting pot of people the British, Germans, Portuguese, Australians, and Americans, and you get a feel for how all of these cultures over time have changed Penang, both culturally and economically. I honestly don’t think that you could find a more exotic city.

Penang is an island, and we are surrounded by white-sand beaches on all sides. The  top two beaches on the island are Teluk Bahang, about five miles north of George Town and Turtle Beach, an hours’ walk through the National Park, just past Teluk Bahang. And if five miles is too far for you to go, there are plenty of smaller beaches in-between.

3. A High Standard of Living

The standard of living in Malaysia is better than at home.

For one thing, you’ll eat better than you ever did back home. Penang is famous for its street food, and it is known for being high quality and low cost. So eating out is more than just a treat…it’s often cheaper to eat out than it is to stay in and cook for two.

And there is plenty to choose from too. Indian, Malay, Chinese, European, Mexican, Japanese, Persian, Jawi, and Lebanese cuisine, as well as all the fast food places that you have at home are here.

The standard of your social life is sure to improve here too. As well as the native people being some of the friendliest I have ever come across, the expat community here is also warm and welcoming. You’ll find the reasons that you love Penang are the same as the many expats here, meaning you’ll already have plenty to talk about, before you even say hello.

There isn’t a lot about Penang that I don’t like, but if I had to choose something I’d pick the traffic.

Traffic is known for being chaotic throughout Asia, and while Malaysia is by no means the worst culprit, the streets are still hectic.

I have a Vespa scooter and I’m in and out of George Town on a daily basis, so I deal with the chaos regularly. And it has gotten worse in the seven years that I have been here.

Generally traffic lights are a mere suggestion—stop if you want to but if you don’t, that’s fine. Indicating to change lanes doesn’t happen. Cars will most likely just slowly drift into your lane. A common term you will hear for this is “smerge”—smash and merge. Most cars here have dents, mine included, and I’d advise not buying an expensive car.

Side mirrors are a decoration. One day I pulled up next to a Chinese lady who had both her mirrors turned in making them completely useless. When I asked her why, she replied that she didn’t want to damage them.

Lines that mark out lanes? They mean nothing, and most Malaysian drivers will drive on top of them.

Talking on the phone is commonplace too, and motorbike riders often text while they are driving. That’s a skill and a half if you ask me, and although highly dangerous it’s quite something to see.

Simply enter your email address below to sign up for IL’s free daily postcards and we’ll also send you a Free Malaysia Report – Amazing Malaysia: Halve Your Living Costs While Living Like a King in the ‘Pearl of the Orient’.