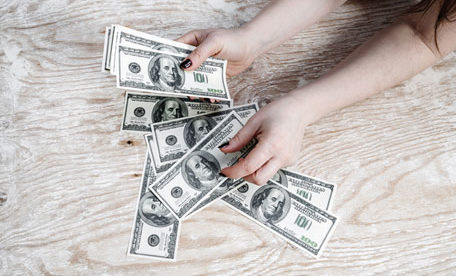 Opening a bank account abroad has many benefits. It gives you access to investment opportunities not available in the U.S., protection from a drop in the value of your home currency, protection from professional liability and senseless lawsuits, increased privacy, and investment stability in the event of breakdowns in domestic markets as well as possible protection from foreign exchange controls.

Unfortunately, opening an offshore account isn’t as easy as it used to be. At least, not for U.S. citizens. You can thank America’s relentless pursuit of perceived tax evasion for that. Over the last decade, the government indicted several Swiss bankers it suspected of facilitating tax evasion. It imposed billions of dollars in fines on banks, even forcing Switzerland’s oldest bank, Wegelin, to shut down.

So, I don’t blame foreign banks for treading carefully when it comes to U.S. citizens.

And that’s all before we consider the Foreign Account Tax Compliance Act (FATCA), an excruciating invasion of privacy that forces international financial institutions—defined very broadly in the law—to hand over U.S. client account details to Uncle Sam. Those that fail to do so face a 30% withholding tax on many types of U.S. income or payments. It’s easy to understand why the vast majority of global banks simply don’t want the hassle of dealing with Americans.

Having said that, there are plenty of banks around the world that are open to working with U.S. clients. Over the years, I’ve developed good relationships with banks in Austria, Hong Kong, Panama, and other countries that will open their doors. It’s just a question of doing it the right way.

There are a handful of banks that will open accounts for U.S. citizens without a personal visit. Some banks in Austria, Switzerland, and The Cook Islands will do this. However, your options open up significantly if you’re prepared to hop on a plane and pay a personal visit to the bank.

Here are three things you should know about opening an offshore bank account:

1. Prepare a good reason. Every foreign bank will ask you why you want to open an account. Acceptable answers include:

Do not mention tax benefits or asset protection. These are red flags for foreign banks when dealing with U.S. citizens.

2. Consider a foreign branch of your current bank. If your bank has a foreign branch, simply ask about transferring funds. For example, HSBC’s Premier Account allows you to move cash from a U.S. branch to a branch in another country.

3. Consider using a private banking service. Private banking is a premier option, typically with high deposit minimums (at least $250,000, but often $1 million and upwards). Private banking gives you access to a personal asset manager and a wider palette of investment options.

Is a foreign bank account bulletproof to creditors? No. But it is more difficult to uncover and it creates a stickier web, since the assets are outside U.S. jurisdiction.