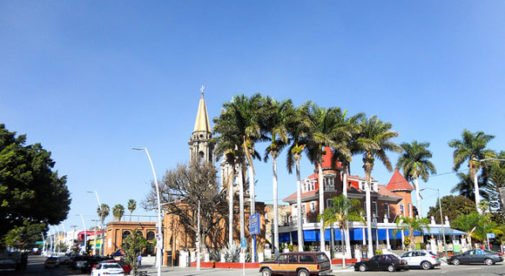 Mexico, by an enormous margin, is the number one choice for expats moving and retiring abroad. According to recent official population estimates, the foreign-born population of Mexico is around 1,007,063, the majority from the U.S. But Mexico’s extraordinary popularity with expats is not hard to understand.

With warm weather and breath-taking landscape, first-world amenities, and a tranquil lifestyle that gently whispers to your spirit, Mexico’s appeal is hard to ignore.

There is one region of the country, however, that for more than two decades has attracted more U.S. expats than any other part of Mexico. In fact, many believe that it hosts the largest concentration of expats on the globe, a number often estimated to be over 20,000. This is the area surrounding Lake Chapala in Mexico’s Central Highlands.

Lake Chapala is Mexico’s second-largest lake. Located at an altitude of about 5,000 feet in the Sierra Madre range, the Lake Chapala area hosts the sister villages of Chapala and Ajijic on the northern shore.

Here are five reasons why this area wins the award for the number one expat destination in Mexico…and possibly the world.

According to the experts, the area surrounding Lake Chapala might actually have the best weather on the planet. Daily temperatures generally hover around 75 F, with bountiful sunshine. Nighttime temperatures fall into the 60s F or (rarely) into the high 50s F…perfect for sleeping. Rain happens, most often, at night, leaving your days free to explore the area or participate in any number of organized expat activities.

For many, particularly those seeking a retirement destination, finding a place that fills their senses with gorgeous scenery and defines the culture of the country they have chosen is high on their list. The Lake Chapala region hits those marks. It is the perfect blend of old Mexico and modern life, with a large, vibrant expat population for support.

The small villages of Ajijic and Chapala retain their Spanish charm with narrow cobblestone streets and restaurants serving authentic regional foods. In both towns, (which are separated by only a few miles) there is a central square that is active day and night, with couples (young and old) holding hands and talking. Children minded by older siblings and grandparents can be seen running and playing with soccer balls, dolls, and sticks for pretend-swords. Vendors provide a variety of traditional food offerings. Sometimes, there are mariachi bands providing music to dance to. Coming to the park in the evening is like taking a class in local culture.

Located only about 40 minutes from the major city of Guadalajara, with its large, international airport, Chapala and Ajijic are easily accessible by air, with direct flights to and from all the major U.S. hubs. In fact, driving to this area is common, as the nearest U.S. border in Texas is only 650 miles away.

This is the part I like the best. The Lake Chapala area is affordable. By that I mean that it is absolutely doable to live on your social security check here, and two checks is an absolute no-brainer. While you can certainly spend more, furnished apartments and houses can be found for around $500 per month if renting, and homes can be purchased for around $100,000 (or less). There is no need to own a car here as both towns are easily walkable, and buses regularly run between the communities. Between Ajijic and Chapala, Chapala has a slight edge when it comes to affordability.

There is an abundance of good doctors in the area as well as several good clinics for routine care. For more extensive treatment, Guadalajara—just an hour away—offers several large, modern hospitals. Healthcare in Mexico is only a fraction of the cost of care in the U.S., and doctors often hold the same—or similar—credentials. And many speak perfect English. Prescriptions are not required for most medication and the cost is a fraction of U.S. prices. Simply walk into the pharmacy and ask for what you need. Most elect to pay cash for their care as the prices are reasonable. A regular office visit can cost around $12 to $20 and a specialist visit may be $25 to $40. And doctors still make house calls.

Learn more about Mexico and other countries in our daily postcard e-letter. Simply enter your email address below and we’ll send you a free special report – Why Millions of Americans Are Moving to Mexico.
This special guide covers real estate, retirement and more in Mexico and is yours free when you sign up for our postcards below.