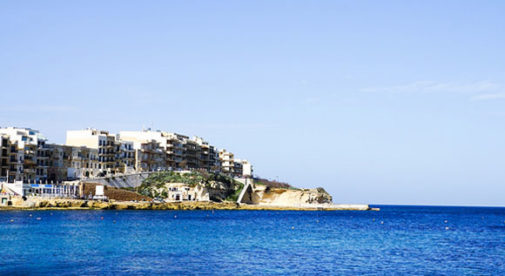 1. You’ll Miss Being Surrounded by Crowds

Part of the excitement of vacationing in Mediterranean—or anywhere frankly—is being part of a huge crowd who all want to go to the same place, at the same time. Well, if you winter in the Mediterranean, all the joy of being jammed next to sweaty strangers in museums, beaches, and on buses is lost. Instead, you’ll have to explore famous sites and beautiful landmarks in peace and quiet. Just imagine checking out the Caravaggio paintings in Malta’s St. John’s Co-Cathedral without having to crane your neck around other tourists. That would be strange, no? And sometimes, as you wander along certain Mediterranean beaches in, say, the Cote d’Azure or Sicily, you might even feel that you’re the only person around. Terrible!

2. You Won’t Have to Shovel Snow

Nothing is more exhilarating than pulling your shovel or snow blower out of the garage to clear up that first winter snowfall. Except the second time you do it. Or the third. Unfortunately, in the Mediterranean, you won’t get a chance to do it at all. Even though Mediterranean winters don’t offer burning hot tropical weather, you’re still going to find plenty of mild, balmy days. For example, in Spain’s Canary Islands, you can enjoy blue skies and sunny days with temperatures often reaching the high 50s F and sometimes the low 60s F—even in December and January. Same for Malta’s capital city of Valletta, which offers the highest average winter temperatures in Europe. Sadly, snow just isn’t part of the forecast on the Med.

Everyone knows that prices in the Mediterranean are lower in the off-season. Hotels, flights, railway tickets…all tend to cost significantly less than in summer months. Sure, you’d save money and have a great time. But can you imagine what your friends and neighbors would think?

Because Mediterranean winters tend to be so mild, you can spend more time outdoors than you’re ordinarily used to in winter. The balmy climes will tempt you into taking long walks along the beach, or on nature trails, instead of huddling inside somewhere against the cold. Just think: you could explore some stunning colorful towns, such as Italy’s Cinque Terre, without the burning hot sun beaming down on you or without the summer crowds jostling you from all sides. Is that really how you’d want to spend winter?

The cities, towns, and villages of the Mediterranean are undeniably tempting, even in winter. Many people become smitten by the relaxed lifestyle, the beauty, friendly people, and the excellent cuisine. And they start fantasizing about what it might be like to live there year-round. And once the thought gets in your head, you might not be able to shake it loose. You might start investigating the possibility of moving…and the next thing you know, you might have pulled up roots and found yourself living in some unbearably charming home near the sea, enjoying that Mediterranean lifestyle every day. That would be awful. Right?