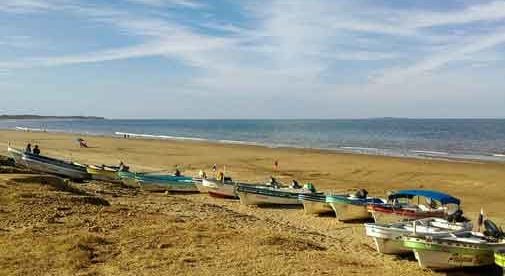 I moved to David, Panama five years ago and, over that time, I’ve gotten to know it quite well. I’m learning more every day, but I’ve already discovered so many wonderfully unusual aspects to my adopted homeland.

Here are seven things I bet you didn’t know about Panama:

1. Unlike the rest of Latin America, Panama’s coastline is on the north and south of the country. If you looked at a map of the Americas, you would notice that Panama is the only country where the Pacific Ocean is in the south and the Caribbean is in the north. This often gives North Americans a sense of confusion about directions as we all grew up knowing that the Pacific Ocean is west and the Caribbean Sea is east.

2. Because the layout of the country expands from east to west, Panama is the only place in the world where you can see both the sunrise on the Caribbean, and sunset on the Pacific Ocean. In addition, if you are on the top of Volcán Barú in Chiriquí you can see both the Caribbean Sea and the Pacific Ocean as the country ranges between 37 to 110 miles in width.

3. The Isthmus of Panama has over 3,502 miles of coastline, with the Caribbean side being mostly inaccessible (although the accessible parts have some amazing beaches). Panama also encompasses more than 1,518 islands within its territorial waters.

4. Geographically, Panama is in the Northern Hemisphere. However, winter months in North America are the summer months in Panama. December, January, February, and March are the dry seasons in Panama. Typically, summer vacation for school kids in Panama lasts from early December through mid-March. Rainy season (or our version of winter here in Panama) starts in May and runs to mid-December.

5. Panama uses the metric system. In March of 2013, a law came into effect saying that the metric system was to be used. Now everything is in metric from gasoline to weighing of vegetables.

6. Panama has an enforced dress code for doing business in any government office or bank. Women are not allowed to wear shorts above the knee. Men must be in long pants. You will not be allowed in by a guard unless you have on the proper clothing. No exceptions are made.

7. Panamanians are loyal to family and believe in working to live and not living to work. They love celebrating any event with fireworks, food, and fun. Their day to day attitude of living in the moment and not worrying or committing to tomorrow is the reason Panama is considered one of the happiest countries in the world.

Of course, there’s plenty more that makes Panama a uniquely captivating place to live—far more than I could write here. The only way to truly appreciate the wonders of Panama is to come see it for yourself. You’ll likely never want to leave.

Boquete is one of Panama’s Top Expat Havens

Enjoy a Better Quality of Life in Santa Fe, Panama

Best Places to Retire in Panama