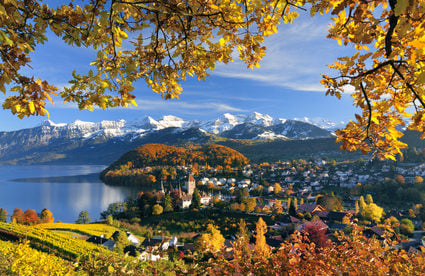 Switzerland is still on a short list of places that every American should consider investigating for banking advantages. ©Suteracher; Fotolia.com

Down through history, whenever a major war or other calamity has threatened, ever-greater hoards of foreign cash have flowed into Swiss bank accounts because the world knows Switzerland traditionally stands for safety.

With the U.S. Internal Revenue Service claiming worldwide powers, it’s certainly no longer easy for Americans to open a Swiss or other offshore bank account.

But the list of friendly offshore bankers, even for Americans, is longer than you might think. And accounts in selected offshore financial centers offer everyone what U.S., U.K, French and German banks no longer can guarantee—much stronger asset protection and greatly increased banking privacy.

For Americans, a foreign account also provides a choice of stronger non-dollar currencies, plus a means for direct trading and investing in more profitable foreign equities, precious metals and tax-deferred insurance and annuities.

The Swiss banker won’t roll out as warm a welcome to Americans as he once did—but Switzerland is still on a short list of places that every American should consider investigating for banking advantages.

That is so because, even with all the post-UBS tax-evasion scandal fallout, Switzerland still has one of the strongest bank-secrecy laws anywhere, even when dealing with the U.S. government. If anything, all their recent troubles and the attendant publicity have made Swiss bankers more aware of obligations to clients and protective of clients’ rights.

Other banking countries that make my short list and should be on yours are: Liechtenstein, Denmark, Austria, Singapore, Hong Kong, Panama and Uruguay.

Each of these countries’ banks has a different level of protection and different requirements for clients. While in general banks in each country are wary of U.S. clients because of the demands of high-handed U.S. laws such as the Foreign Account Tax Compliance Act (FATCA), selected banks there often are willing to open trust or corporate accounts controlled by Americans.

But be ready to comply with now-universal “know your customer” rules requiring proof of citizenship and current residence, as well as signing IRS Form W-9 allowing the bank to confirm your taxpayer identifications number (TIN) and notify the IRS of payments to you.

The 1934 Swiss Bank Secrecy Law, still in effect, was a direct response to the rise of Hitler and the threat of war.

History proves my point: an offshore account can serve as your personal shield against oppressive government, stifling regulations and declining currencies.

Editor’s note: America was built on the principles of freedom—and that includes the right to be financially free. Bob Bauman is just one of the experts in our new offshore program who can show you how to build—and maintain—your financial freedom.