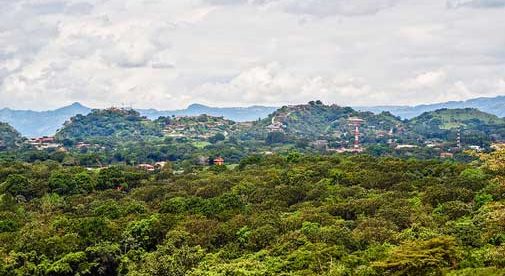 The country mountain town of Atenas in Spanish-speaking Costa Rica seems an unlikely place to find a free library of not just hundreds but thousands of books in English, French, German, and Italian.

It gives you a little glimpse into the international mix of the thriving expat community here.

Eight years ago, Florida expat and former librarian Linda Ledbetter and her husband, Bruce Brasington, started their curated collection which has grown to more than 2,500 titles, all donated by other expats. There’s even a well-stocked children’s book section. The professionally catalogued and displayed Atenas Friendship Library lines the walls of the gaily painted La Carreta Restaurant in downtown Atenas, a favorite expat haunt. With another nod to the merits of the tight knit expat community, the library is all based on the honor system—take a book, read it, and bring it back.

Moving to another country, especially one where the native language is not your own, can be a daunting affair. It’s exciting and adventurous, and full of benefits and value. But at the same time, it’s reassuring to have a friendly community of other expats on hand to make the transition easier.

“It is helpful and comforting to have the international community here. We really appreciated that we could communicate with people in English in Atenas; and that the Costa Ricans here were tolerant of our beginner-level Spanish,” says Rosemary Phillips, who moved to Costa Rica from the U.S. six years ago with her husband, Tony.

“We like that we have such a diversity of professionals living here. There are artists, doctors, authors, and any questions you have, you can ask people,” she adds.

Expats in Costa Rica love the easy, happy lifestyle. They love warm weather year-round, and like the relaxed pace of life. They enjoy meeting new friends, chatting with their neighbors, and not being stressed out at every turn by politics, violence on the evening news, or economic doom and gloom.

The quality of life in Costa Rica is fantastic and it’s still very affordable. You can rent a house or condo in Atenas for between $500 and $3,000 a month. Or, buy your own home for $200,000, all the way up to $1 million if you want a rock star-style pad in a gated community. Costa Rica has excellent, low-cost healthcare, and one of the highest standards of living in Latin America.

Anywhere from 1,500 to 2,500 expats live in Atenas, depending on the time of year. The population jumps during “snowbird season” in the winter months.

It’s easy to meet fulltime expats in Atenas. They gather regularly at Atenas restaurants, like the informal Friday night happy hour from 4 p.m. to 7 p.m. at Pizzeria La Finca. Social events attract hundreds, such as when the expat rock band Flashback plays at the local Bar Rill.

There are near-daily yoga classes, and also Tai Chi/Qigong classes, at the Atenas Yoga Center. You can learn Spanish with a group of fellow expats, or take private lessons, at the Su Espacio Cultural Center.

Another good place to meet expats is at the Atenas Farmers’ Market on Friday mornings; most expats tend to go mid-morning between 9 a.m. and 11 a.m. Then they might head to Kay’s Postres Café & Restaurant for an international lunch of salads or real Polish pierogi, recipes from the newly arrived Canadian-Polish owners.

Several Facebook group pages are dedicated to the expat community and living in Atenas. There’s a women’s club, a book club, an artists’ group, a Buddhist meditation group, and many expats like to give back to the community by volunteering at various organizations and places in town.

“Since the majority of expats in Atenas are retired, we have so much more time for our friends, and that is a wonderful thing,” says Rosemary.

Her husband, Tony, started the Atenas Men’s Club several years ago, which has grown to over 150 members now. The club organizes excursions to theater performances, sporting events, cultural attractions, and dinners out. It also stages darts tournaments and bowling competitions. Rosemary says women are always invited to come along.