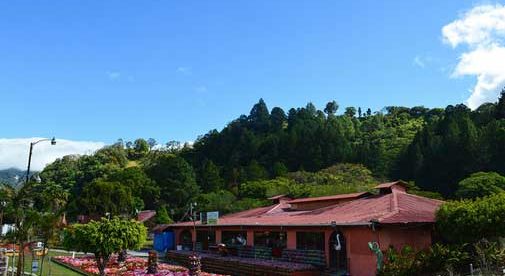 Alan Wells is not your typical gringo living in Panama. Most expats cite the agreeable climate, affordable real estate, and money-saving retirement program as reasons to move there. But for Alan, it was an affair of the heart that brought him to this overseas retirement haven.

During a “meet the family” visit to Panama following his second daughter’s engagement to a local, Alan encountered a beautiful woman sitting at a table with her friends. “My jaw hit the floor,” he says. “She was stunning, but was wearing a wedding ring.” Each thinking the other was married—combined with his lack of Spanish—they spoke little at first.

Alan returned for a vacation, taking in the sights such as the Panama Canal and Coronado Beach, and had an incredible time. After a week of falling in love with Panama, he bumped into the mystery lady again at a reception hosted by his son-in-law. He learned that she, Lucy, was widowed, so he asked her to dance, and the rest as they say, is history…

A long-distance relationship followed, then at the end of a 10-day vacation with her in Panama, he made the decision to make his home there with Lucy.

The couple spent time in Panama City, Los Mandarinos, and El Valle de Anton, but it was Boquete’s spring-like weather that appealed to them most.

They found a casita online, renting for a year while looking for real estate there. They checked out several properties but they believed a development, Mystic Gardens, offered good value for the money. “We wanted the security of being close to other people. And because we like to walk, we wanted the proximity to town,” says Alan. Plaza San Francisco is a 12-minute stroll away, where there are stores for all their needs, and it takes just under an hour to walk to downtown Boquete.

Mystic Gardens offered lots of amenities, including parks, sidewalks, paved roads, and many homes to choose from. Alan and Lucy looked at several before deciding on one with good views and room for an extensive garden and kitchen extension. Alan negotiated a sales price of under $100,000.

Like all the houses in the development, Alan and Lucy’s home is constructed of poured concrete with rebar frames. The 883-square-foot property has three bedrooms, two bathrooms, a living/dining room, and a kitchen. The 4,300 square-foot lot provides a good garden area, which is full of vegetables and colorful blooms thanks to Lucy’s green thumb. “It’s far enough from the main road so it’s quiet and peaceful—no sounds of traffic or construction noise. Just the chickens and birds,” says Alan.

“One of the reasons I like Boquete is that it’s energy neutral. There’s no need for heating or cooling, although it is nice to light a fire some evenings. Also, it’s a three-hour drive from Bocas del Toro (on the Caribbean side), and an hour from the Pacific, so with both coasts in easy driving distance there are lots of positives here.” And plenty of romance as well.