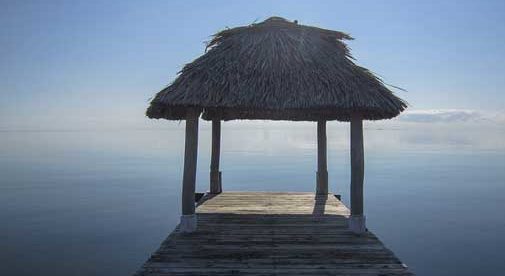 After 28 years in the military, it was time to do something else. I’d had enough of the high pressure, busy, constantly changing lifestyle. It was time to relax a bit

Originally from Boston, I wasn’t looking forward to shoveling snow again after spending the last decade or so in warm weather climates like San Diego and Florida, so I focused my search on Central and South America.

My partner, Lisa, and I decided to start in Belize because of the lower cost of living and because English is the official language. We plan to rent for at least a year to make sure we experience all the seasons as well as the high and low points of the tourist season before committing to something more permanent. That will also give me time to brush up on my Spanish in case we decide to try another Central or South American destination.

My days now consist of sitting on my porch drinking my coffee with some fresh cut mango or pineapple from the fruit stand next door, while reading the news. We’re a block off the beach in beautiful San Pedro on the island of Ambergris Caye.

A walk down the beach usually follows my morning routine, with a stop at one of the numerous beachfront establishments for a lunch of stewed chicken, a local specialty. A heaped plate of chicken, potato salad, red beans, and rice for $7.50 is hard to beat. And there are no worries about exchanging your money, as Belizean and U.S. dollars are used interchangeably at a two-to-one ratio.

As a prime tourist destination, it’s a little more expensive than other parts of Belize, but for me, since I live near town, the ability to walk everywhere and the large number of restaurants to choose from are worth the extra price. We were able to find a two-bedroom apartment on the edge of town and live comfortably on a monthly budget of about $2,000.

Being on an island, some things are more expensive or hard to get, like quality beef. Anything imported will cost more. A bottle of wine is generally about twice what you’d pay in the States, but a local beer will only set you back about $3.

Grocery shopping can be a little challenging as one item may be the cheapest at one store but something else will be three times as much, so we tend to go to four or five stores for different things. But, when you’re walking along the beach looking at the beautiful Caribbean water to get there, it’s hardly an inconvenience.

So far, so good. Life now moves at a slower pace on La Isla Bonita. It’s just what I was looking for.

English-Speaking Belize: The Easiest Country on the Caribbean0