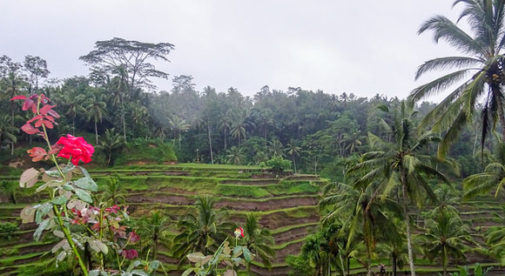 Recently, I’ve been thinking a bit about “agrihoods.” As the portmanteau suggests, these “agricultural neighborhoods” fuse the concepts of community living with sustainable, locally grown produce.

For some folk, the idea of “farm-to-table” living offers a chance to regain control of their own healthy living. If you “are what you eat,” they reason, best to know what you’re consuming.

Instead, they focus on self-sufficiency…though in a cooperative fashion.

People group themselves together for far flimsier reasons than a common interest in local sustainability.

But let’s get to the agrihood. You might like to think of your ordinary planned community…then replace the golf course with a vegetable patch.

No doubt some individuals wince at the very thought of trading fairway for fair trade…rough for roughage…greens for…well, greens.

Obviously, the idea is not for everyone. But it might be for someone.

In fact, it seems to be for many “someones…”

A recent feature in the Huffington Post highlights the “new” trend toward communal farming.

Pushing back against that stereotypical image of suburban living is a growing number of so-called “agrihoods” springing up nationwide. These developments center around a real, functional farm as their crown jewel. According to CivilEats, there are currently about 200 of them nationwide.

Of course, there’s nothing particularly “new” about the concept of “farm-to-table” living. Except that now it has a hip new moniker. In the past, it was simply called “subsisting.”

The ancients devoted an inordinate amount of time to studying the essence of nature and man’s relationship to his surroundings. Hesiod’s Works and Days serves as a kind of early farmer’s almanac… Lucretius’ De Rerum Natura (On the Nature of Things) as precursor to modern atomic theory… Virgil’s Georgics as a poetic musing on agriculture and the passing of the seasons…

But we digress, by a few thousand years…

Modern Man, in contrast to his forefathers, has largely fallen out of step with his natural surroundings. His climate is controlled to an extent that he barely notices the passing of the seasons. His strawberries are flown in from 3,000 miles away. His exercise is done not in a field or on a plain, but on a purpose-built machine.

To be clear, we do not begrudge Modern Man these trappings. Your editor enjoys shucking Fine de Claires on Dubai ski lifts as much as the next fellow.

We mean only to point out that, in some ways, the back-to-basics trend is in answer to the excesses of our times. There might, after all, be something to understanding the “nature of things”…and our own particular relationship to them.

One of the latest agrihoods to sprout is a project in Davis, California, called “The Cannery,” so named because the site served as an old tomato canning facility in a past life.

The 100-acre project has as its centerpiece a 7.4-acre farm, on which residents plan to grow all manner of seasonal produce. The space will be managed by the Center for Land-Based Learning, “a nonprofit group that plans to run agricultural education programs for students and aspiring farmers.”

The Cannery’s website has some catchy sales copy, too…

Chat with neighbors on the porch. Make meals with vegetables you picked today. Solar power your home. Walk to the store that sells fruits grown locally. Picnic in the park. Bike to town. Watch the kids grow up healthy. Wake up where the sun smiles over a wide, green landscape. Nourish your life.

Needless to say, life on The Cannery ain’t all just-picked peaches and freshly whipped cream. There’s the price tag, for one thing. Homes in the Cannery range from the “mid-$400,000s to just over $1 million.” The median listing is $524,000.

For those without a half-million to drop on the California-based project, there are other agrihood options available. Aspiring green thumbs might like to check out some of the more established developments, such as Serenbe on the outskirts of Atlanta and Prairie Crossing outside Chicago.

As stated, agrihood living is not for everyone. Indeed, the very concept of planned communities is anathema to many peoples’ idea of freedom and independence.