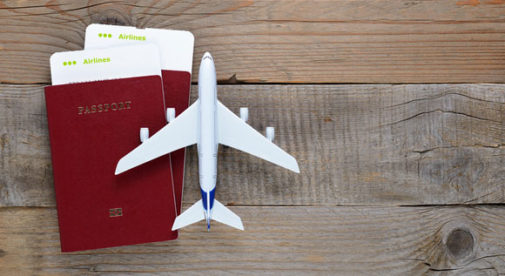 I have accounts at the second largest U.S. bank, which has assets of $2.2 billion. I didn’t choose this bank. After undergoing five bank mergers over 25 years, here I am.

Recently, I was asked by my unchosen bank to update my personal information on an online form. One of the questions: “Do you have a second passport?” I left that one blank; none of their business, thank you.

But this annoying privacy intrusion by my U.S. bank highlights why, mistakenly, you might hesitate to acquire a second passport. You might think that having a second passport makes you look suspicious or draws unwanted attention.

Meanwhile, among the many reasons why you should have a second passport, one of the most valuable is personal safety. For good reasons, countless thousands of international businessmen, wealthy individuals, and others worldwide consider having an alternative passport as an added form of life insurance.

A second passport can serve as protection from anti-American or other prejudiced political violence when abroad. In an unsettled, ever-changing world, acquiring a second citizenship can be a wise decision—an investment in your future. It can act as a protective shield extended to your spouse and children.

Second passports for U.S. citizens are fully legal; 89 countries worldwide officially allow some form of dual or multiple citizenship. There is usually no need to surrender or change your present national citizenship while you enjoy the benefits of a second passport.

Your qualification for a second nation’s passport, one that comes with no restrictive strings attached, can serve as your ticket to greater freedom. It can mean freer travel with fewer problems from police, customs, and immigration officials. A second passport could be your key to a whole new world of free movement, expanded international investment, greater flexibility, and adventure.

Second citizenship is becoming increasingly important as a powerful tool you can employ for truly international tax planning. As a national of two different countries, you also may be able to enjoy extra privacy in your banking and investment activities. Since the enactment of the 2001 PATRIOT Act, financial privacy in America is dead. Some other countries have far better privacy laws that are enforced in favor of the individual

Best of all, a second citizenship and your new passport could be your key to lower taxes and stronger protection for your assets held offshore. It eases establishing foreign bank accounts, making international investments and ownership of real estate, even buying and storing precious metals.

My point is that acquiring and using a second passport should not be viewed as sinister evidence of international criminal intent or illegal tax evasion, but as an intelligent means of defending oneself in the highly volatile age in which we to live.

There are many good reasons to have a second passport, all of them guaranteeing greater liberty and security in an age of danger, greedy governments, and oppressive taxes. It has proven to be an indispensable aid to thousands of free individuals the world over.

Family and friends in my hometown, Seattle, often ask me, “What do you do all day?”With maids and laundry services, expats here in Cuenca, Ecuador, have lots of extra time to spend indulging ourselves.One woman I know weaves, paints, and plays bridge once a week.

When I moved to Ecuador almost four years ago, I did not speak a word of Spanish. Well, I could say “good morning,” “good afternoon” and “good evening,” but that was pretty much the extent of it. I had decided before I moved that learning Spanish was very important to me, in order to better integrate into the culture here.

I began looking into an overseas retirement in 2015. I truly love the U.S., but I couldn’t afford to live there on my Social Security and I’ve had a need for adventure all my life, so becoming an expat was a necessary step.