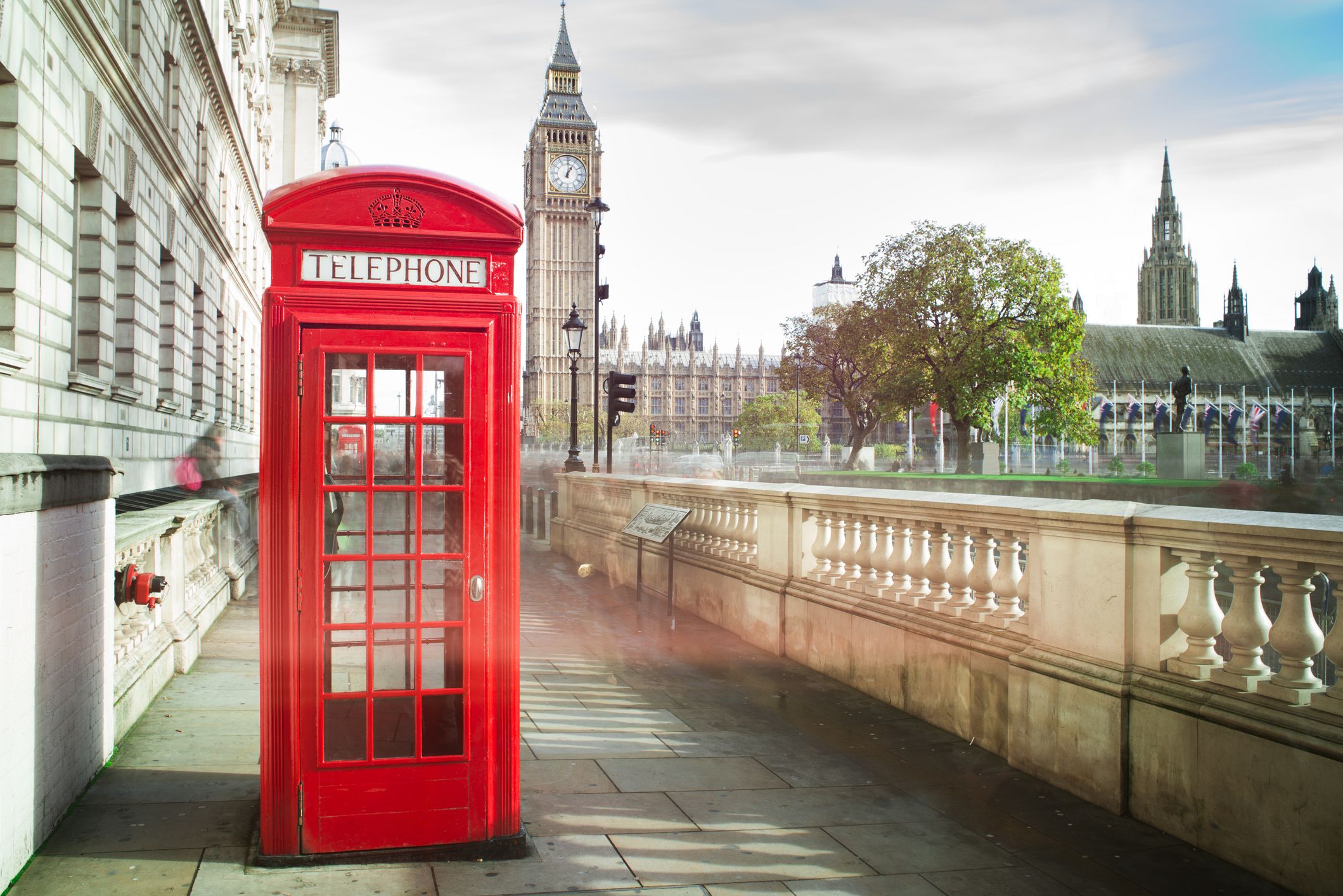 London’s most popular attractions, Buckingham Palace, and the Tower of London are undoubtedly worth visiting, but if you are not the type of tourist who likes to follow the crowd, the British capital will keep you entertained with many quirky things that you won’t be able to find anywhere else.

Here’s our pick of the weird and wonderful activities to pursue in this bustling metropolis:

There is no better way to step into Sherlock Holmes’ shoes and get into detective mood than to visit his apartment. The apartment is a detailed replica of Holmes’ fictional apartment, featuring everything from pistol shots in the walls to the legendary character’s violin.

Every piece of this apartment was a part of an exhibit by Marylebone Borough Library and the Abbey National for the 1951 Festival of Britain. The apartment is located just above the Sherlock Holmes pub in Northumberland Street, near the Charing Cross railway station

2. Admire the Wildlife in a Jar at the Grant Museum of Zoology

The original purpose of the Grant Museum of Zoology, which is a part of the University College London, was the teaching and research in zoology and comparative anatomy. To cut costs and save storage space and preservation fluids, the Grant Museum of Zoology would store several specimens together in big glass jars. This natural museum still keeps the same zoological specimens and material for dissection and there are around 67,000 specimens to discover, among which you shouldn’t miss the dodo bones, the quagga skeleton, as well as the jar with eighteen tightly packed moles. 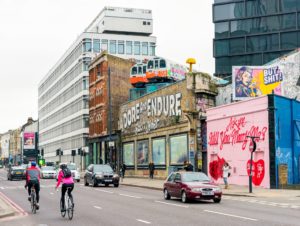 London is home to some of the world’s finest street art, which could also serve as a backdrop for some truly stunning photos. You can find it everywhere, but the streets around Shoreditch and Hackney in East London offer the best testimonial to the ever-changing street art landscape. Instead of waiting in the long lines in front the mainstream museums, you can take a walk around the city to admire countless gems of this contemporary urban artistic movement, free of charge.

On January 8, 1947, a star was born at 40 Stansfield Road, in the London’s neighbourhood of Brixton. If you are a fan of the legendary David Bowie, head over to this neighbourhood to take a walk down the streets where he grew up. There is also a painting on the wall of Morley’s Department store on which you can see the famous British musician with the recognisable lightning bolt makeup all over his face. 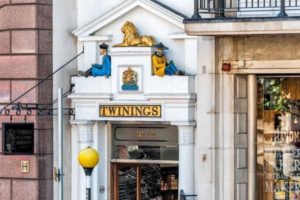 Twinings is the oldest tea shop in London, with more than 300 years of history. This centuries-old place is real proof that no one likes to drink tea more than the Brits. Located in the heart of the city, opposite the court of Justice, Twinings is a must-visit spot for tea lovers. In this historic shop, you can buy premium teas from all over the world as well as unique blends of coffee and various gifts.

At London Zoo, you can spend a night with the lions and other fierce animals without actually fearing for your life. The Gir Lion Lodge offers a unique after-dark experience where you’ll get to discover what happens in the zoo when all the visitors go home.

There are three after-hour tours of the London Zoo—the sunset tour, the after-dark tour and the early morning tour, where you can enjoy a private viewing of the animals accompanied by experienced hosts that will reveal fun facts and secrets about the zoo and its residents.

7. Kayak on the River Thames 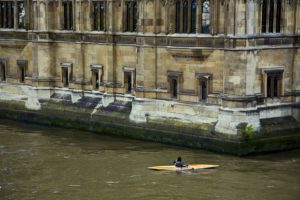 London’s Thames is not the best place for inexperienced kayakers, but some clubs in the city offer activities for paddlers of all abilities. The river’s high tidal range is what makes kayaking through London a big challenge, even for the most seasoned kayakers. Whether you want to escape the hassle of the concrete jungle or simply need an energetic fitness activity, kayaking on the river Thames is bound to give you an adrenaline rush. See here for details.

8. Step Inside a Masonic Lodge

London is one of the rare places where you have a chance to get inside an opulent Masonic temple. This structure was forgotten for years until engineers discovered it during renovations of the Great Eastern Hotel, which was one of London’s most luxurious railway hotels, with its own train line. As cars replaced trains as a primary mode of transport, this hotel became a dusty old mansion and during its reconstruction, engineers found the majestic Masonic lodge hidden behind one of its walls. Known as the Grecian Temple, this opulent room features 12 different types of marble on the floor and an impressive gold celling.

9. Visit the Oldest Prison in England 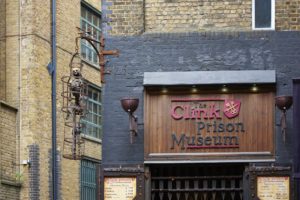 The Clink Prison Museum offers one of the quirkiest experiences in London, with its unique appearance and an atmosphere filled with tension. London’s most notorious prison operated from the 12th to the 18th centuryand its inmates were locked in heavy irons and lived in horrible conditions, with very little food and water. Nowadays, this unusual tourist attraction gives an insight into the prisoners’ lives in the Clink. There is even torture equipment you could try and a group of actors who bring to life the dreadful destiny of its former residents.

The Last Tuesday Society is a distinctive and diverse experience that includes everything from a Museum of Curiosities, a gallery and a cocktail bar. You’ll get a chance to see a bunch of unusual, even bizarre objects that, according to this organisation, deserve to belong in a museum. Some of the curiosities include a two-headed kitten and occult artwork. The Last Tuesday Society hosts all kinds of events, such as exhibitions, parties, lectures and taxidermy classes.

As you can see, London has many unusual places that provide distinctive experiences for the travellers interested in something a bit different. After visiting the British capital’s most iconic landmarks, such as the British Museum or Buckingham Palace, head over to some of these quirky places to unveil some of the city’s best kept secrets.

The 5 Most Affordable Places I’ve Lived in Europe

7 Reasons I Love Living in Europe

Retiring in Europe: The Pros and Cons