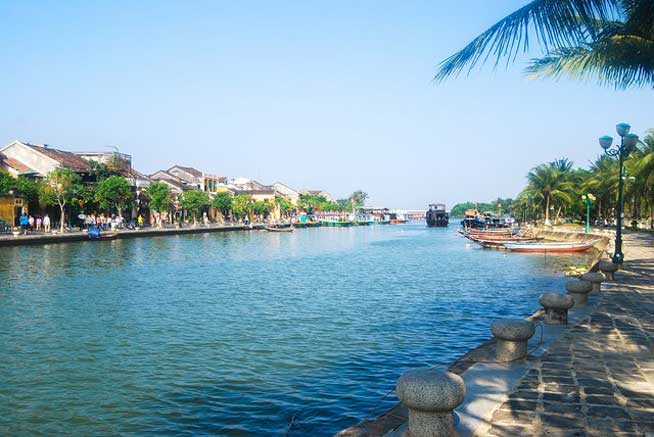 Hoi An is just 30 minutes south of Da Nang. This small city is home to about 300 expats, including many Australians. Hoi An is full of businesses that cater to the large number of international visitors who come to see its historic communal halls, temples and residences—preserved for centuries following the 16th and 17th century settlement of Chinese, Japanese and European traders.

Vung Tau, a small seaside resort town just a short drive or boat trip away from Ho Chi Minh City (HCMC, formerly Saigon), has attracted a fairly large Australian expat population. It was a popular town for rest and relaxation during the war, and was the headquarters for the 1st Australian Logistics support Group.

The town is known for its pretty beach, attractive parks, golfing and its outstanding seafood restaurants. Vung Tau expats can easily make daytrips to HCMC while enjoying the tranquillity of living in an inexpensive and laidback town.

Nha Trang was my first home in Vietnam. Its bay is the most beautiful that I’ve ever seen. I loved the great food, the lively expat community and the friendly locals. My expenses, including an apartment just five-minute’s walk from the beach, were $1,000 per month, and that was living luxuriously.

Russian and Chinese expats have recently discovered Nha Trang, though there are still around 1,000 western expats, including many retirees, who live in this beachside gem.

Hue is a hidden gem. Not too many expats have moved to the central coast city of Hue yet—probably less than 100 at this time—but those who I’ve met all love living there.

Hue is about an hour north of Da Nang and like Hoi An, it’s a city rich in history. since it receives its fair share of tourists, Hue has many excellent restaurants and a well-developed infrastructure.

Ho Chi Minh City (HCMC) is Vietnam’s largest city, full of shiny skyscrapers and French colonial mansions, the best shopping, incredibly good street food and the largest population of expats in the country. It also has the best medical care in Vietnam, though Hanoi is a close second. It’s not for everyone—it’s big, brash and commercial—but it has its charms.