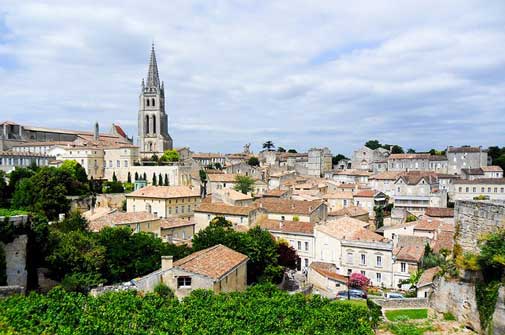 Paris might be the crown jewel of France, but the city of Bordeaux is a glittering diamond in its own right. This ancient city, in the famous wine-growing region of southwest France, has experienced a dramatic renaissance in recent years.

Long known as the “Sleeping Beauty” because of the decades of black soot that coated its buildings, the city is now beautiful without qualification. The years of grime have been scoured away to reveal gleaming honey-coloured stone and the once-downtrodden riverfront has been transformed into a lively promenade lined with shops, farmers’ markets, parks and gardens. If that’s not enough to tempt you, here are seven more reasons why you should visit Bordeaux…

Bordeaux is a feast for your eyes. Anyone familiar with Paris will have a pleasant frisson of recognition when seeing the elegant 18th Century neo-classical buildings, wide, tree-lined boulevards, stone galleries and spacious squares. In fact, the similarity has earned the city yet another nickname: “Petit Paris”. But, believe it or not, most of the buildings in Bordeaux are a century older than those in Paris, created during the Age of Enlightenment.

Thanks to its beauty and history, much of the city has been designated an UNESCO World Heritage Site. Even if you did nothing else in Bordeaux, simply wandering around and admiring the view is a delight.

Bordeaux is about one-tenth of the size of Paris, but it’s still chock-full of culture and events. The city has 11 museums that range from natural history to the fine arts to ethnography. 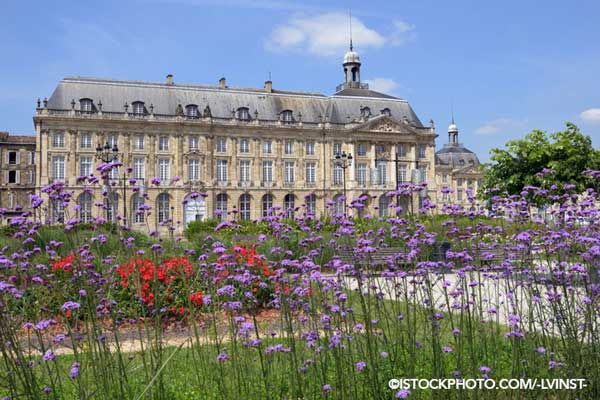 Wine lovers must be sure to check out the newly-opened Cité du Vin, which traces the history of wine throughout the world and offers a variety of wine tasting workshops. (You won’t miss the building – it’s shaped like giant carafe.)

There’s also 10 parks and gardens, a slew of beautiful old churches and more than a dozen music, art, gastronomic festivals that take place year-round, including the Bordeaux Wine festival. And speaking of wine…

If you love wine, you’ll find Bordeaux a paradise. You can spend your entire visit vineyard-hopping, from world-famous estates to small cellars barely known outside of France. 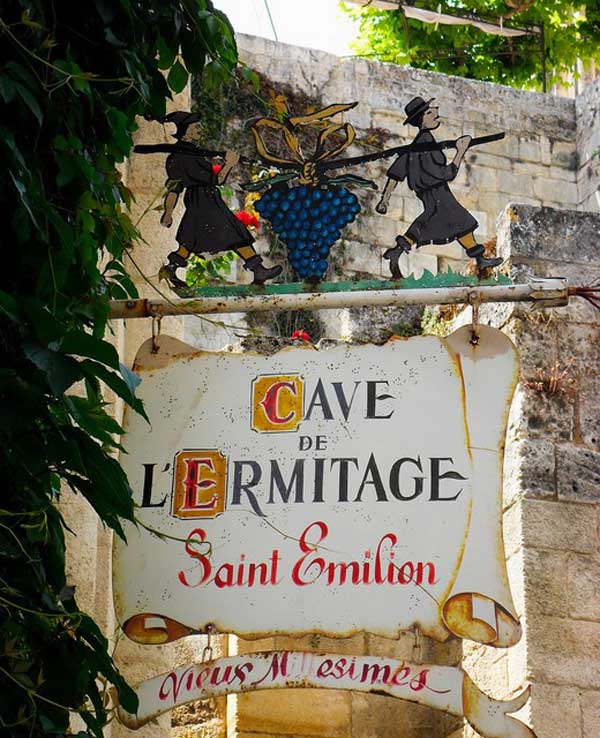 Of course, you don’t have to leave the city to explore Bordeaux’s wines: they’re featured at every restaurant. If you’re dining at home, buy your wine at the supermarket. You can pick up a bottle for under $6.

Although I can hear the folks from Lyon snorting from here, it’s being tossed around that Bordeaux offers some of the best-quality food in France. Well, the only way to find out is to try it. It’s true that you won’t have trouble finding top-notch, locally-sourced cuisine and there’s a restaurant for every price point (for those on a budget, look for the €14 ($20) prix fixe three-course menu at Le Cheverus Café).

If you’re there on a Sunday morning, consider picking up picnic fare at the Marché des Quai, the farmers’ market along the waterfront…or keep it simple and chic with a dozen oysters and a perfectly-chilled glass of white wine.

If you don’t want to spend all your time in the city, just head to the beach. Bordeaux, situated on the Atlantic coast, is about an hour away from over dozen gorgeous sandy beaches.

Beaches around these parts tend toward the naturally wild side, with scrubby pines, marshes and large dunes, but they’re all lovely and well-maintained. In particular, take a look at Hourtin Lakeside Beach, a natural clear-water lake that happens to be the largest freshwater lake in France.

Also check out the sleepy beach town of Cap Ferret, which is just beginning to attract attention outside of France. Every water-based sport imaginable is available at most of these beaches, including sailing, snorkelling, canoeing, paddle boating and fishing. 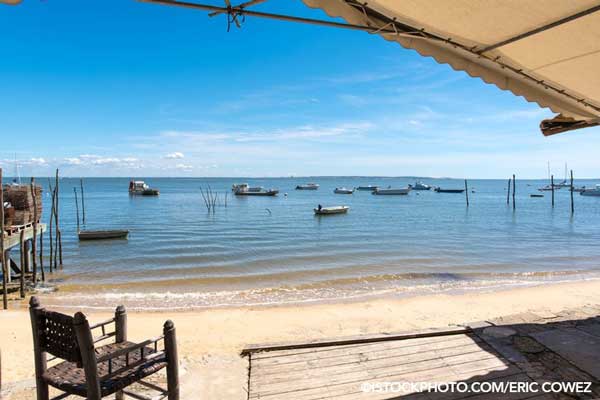 The weather in Bordeaux tends to be pleasantly mild, getting neither particularly hot in summers nor particularly cold in winter. Average temperatures in July, for example, only reach about 21 C (although the highs is about 26 C), while the average low in December is 6 C. This means that whenever you decide to go, you’ll probably enjoy fair weather.

One of the best times to go, however, is probably Autumn, as it usually features warm days, cool evenings and little rain.

In Bordeaux, you can find quality hotels with decent-sized rooms for $70 and less per night in Bordeaux. Restaurants are generally less expensive (although prices in both cities run the gamut) and public transportation is a fraction of the cost in Paris.

Sign up here for IL Australia’s e-letter and we’ll send you five free postcard e-letters weekly. We’ll also send you a FREE research report on A Taste of France: All the Ingredients for the Good Life.