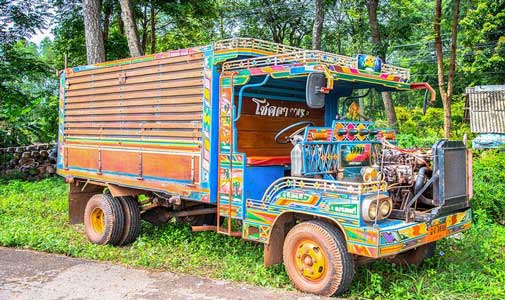 Recently Vivien and I took a two-week road trip through northeast (Isaan) and central Thailand. We love a road trip and this one was all new territory for us.

We quickly became aware that not many international tourists or expats, like us, venture to these regions of Thailand. A shame, as this trip opened our eyes to so many new discoveries. And even though we travelled some 1,800 kilometes, we only just scratched the surface. Here are just a few of our finds from this trip…

No need to travel to Cambodia to see ancient, World Heritage Khmer ruins – just head to Phanom Rung Historical Park in the southeast corner of Isaan. This ancient Khmer city is of the same era and architectural style as Angkor Wat. There are none of the crowds here that you find at Cambodia’s Angkor Wat, and with an admission fee of just $12 it won’t break the bank.

Nakhon Ratchasima is the closest major city and is a great place to base yourself when exploring this southern section of the Isaan region.

Just an hour’s drive north of Korat is another historical Khmer city – Phimai Historical Park. Dating back to the 12th and 13th century (Angkor Wat period), this site is in an even better condition when compared to Angkor Wat or Phanom Rung, thanks to the fact it was not attacked, ransacked or destroyed by regional conflicts. Enjoy fantastic architecture and insights into highly organised and intelligent societies from the ancient past. 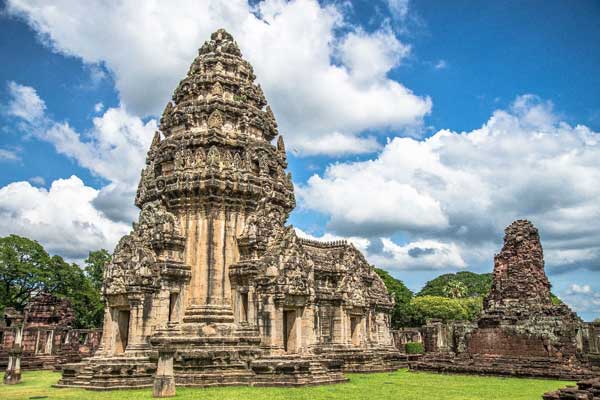 Nakhon Ratchasima, often called Korat after the plateau that the majority of Isaan sits on, is the southern gateway to the region. It’s a city bigger than Chiang Mai and, like Chiang Mai, has an ancient walled city centre with its own water-filled protective moat. Adjacent to the southern Old City Gate is one of Korat’s most revered figures, immortalised in an elegant statue.

Thao Suranari was the wife of Korat’s deputy governor back in 1826. Less formally she is known as Ya Mo (grandmother Mo). At that time, the Vientiane king invaded this region, seeking complete independence from Siam. Anouvong’s forces seized the city of Nakhon Ratchasima by a ruse when the governor was away. His forces captured all the residents and started marching them to Laos.

According to the generally accepted version of the story, when the Lao invaders ordered the women to cook for them, Ya Mo requested knives so that food might be prepared. That night, when the invaders were asleep, she gave the blades to the imprisoned men. They surprised the Lao troops, who fled, and the prisoners escaped. Ya Mo was a hero, and to this day nearly 100 years on, Thai people (visitors and locals) make a special pilgrimage to her statue in the city centre to pay respect, offer prayer, and ask for wishes to be granted from this inspirational woman. During our time in Korat, there was always people paying homage to Ya Mo, day or night!

Nong Khai and the Mekong – Gateway to Laos

The mighty Mekong River starts its life in the high Tibetan Plateau, flowing down through China all the way to Vietnam and the South China Sea. The 12th longest river in the world and the seventh longest in Asia, it flows through six countries: China, Myanmar (Burma), Thailand, Laos, Cambodia and Vietnam.

At various points, the Mekong forms the border between Myanmar and Laos, and then around Nong Khai, it becomes the border between Thailand and Laos. Nong Khai is also the location for the Thai-Lao Friendship Bridge – a 1.2-kilometre-long bridge spanning the Mekong that links the two countries. Nong Khai is a popular access point to Laos’s capital, Vientiane, just 20 kilometres north from the bridge.

Nong Khai is a pretty town in itself and well worth the visit. The broad, well-maintained esplanade is one of its attractions, stretching for several kilometres along the riverfront. It’s great for late afternoon strolls, watching the sun set in the west over Laos, with the wide, brown Mekong in the foreground. As twilight arrives, so does the esplanade market. Guesthouses and cafés put out extra tables and chairs, and all meld together, creating an evening of market scenes, Thai food in all manner of choices, and the Mekong glinting and glimmering in the evening light.