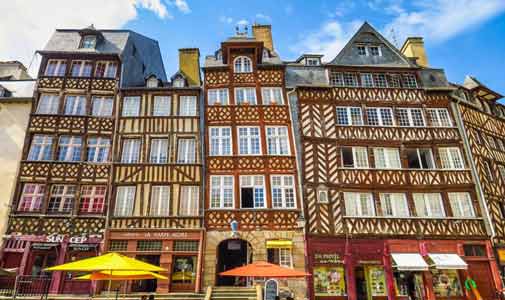 Known for its rocky shoreline, moody skies and ancient castles, Brittany has a long history of war. The British wanted this slice of the mainland and so did France. Today, Bretons feel their country is their own. Yes, it’s France—technically—but it’s a culture, climate and gastronomy all its own.

The central town—with its charming old stone centre, its Medieval timbered houses, its lively university students and its sprawling parks—is Rennes. Today it’s also a tech hub with a large telecommunications industry and about 200,000 inhabitants within the city borders.

For travellers, the draws here are the old town, the second largest fresh market in France and the excellent location central to so many other Breton attractions. It’s also a haven for park-lovers, with the beautifully manicured rose gardens of Parc Thabor just outside the city centre and the sprawling Parc des Gayeulles—with multiple lakes and winding trails—at the northeastern border of town.

If you want to be close to Rennes’ attractions, the train station (for day trips) and Parc Thabor’s gardens (below), stay in or near the centre. It’s the liveliest part of town and where you’ll find most of the best restaurants, cafes, bakeries, cooking classes and events. 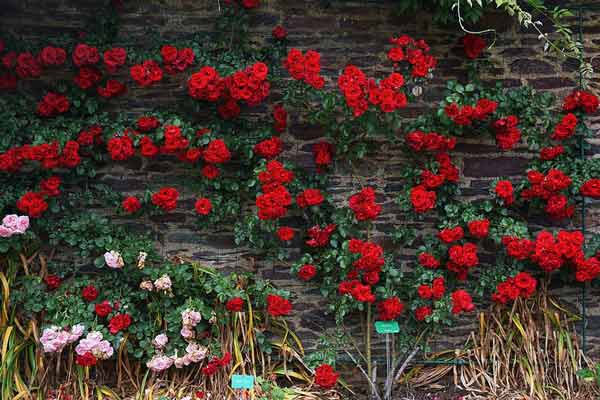 That said, the city isn’t terribly large and it’s easy to get from the outskirts into the centre by bicycle, on foot or via public transport. If you prefer renting a house in a local neighbourhood, there are plenty of them available outside the centre.

What to Eat and Drink

Brittany is known for its salted butter, caramel and crepes—among other things.

For salted butter, check out the enormous Saturday fresh market—Marche de Lices—which happens to be the second largest in France and draws even Parisian chefs down from the city to shop for herbs and specialty items. You’ll find plenty of butter as well as handmade stuffed pastas, local produce, garden-grown herbs, hundreds of cheeses and a whole hall full of butchers. Locals particularly love vendors like Le Petit Fournil for bread and Maison Bale for cheese.

For local caramel, check out La Trinitaine – a small shop featuring spices, caramels, cookies and more. And for crepes, try La Saint-Georges in the historic centre or take a cooking class through Airbnb experiences and learn how to craft your own savoury buckwheat crepes (known as galettes).

And of course, this is France, so coffee and croissants are a must.

The main draws of Rennes are its historic centre and enormous fresh market. The fresh market opens around 7:30 a.m. on Saturday mornings and closes just after lunch. Go early if you’d like to beat the crowds.

For a map of the historic centre’s oldest buildings and most interesting churches, visit the tourist office—or just wander. You’ll find plenty of old timbered architecture, picturesque stone churches and even an abbey that’s been restored and had its interior modernised for events.

Rennes is also the central city in Brittany, which makes it a good base for day trips around the region. Some of the most popular trips include Mont Saint-Michel with its famous bay and Dinan (below)–one of the most beautiful towns in France.

Less well-known day trips include Clisson, France, just south of Nantes. Here you’ll find a preserved castle ruin overlooking two rivers with peaceful walking trails alongside them. Rennes is also not too far from the Loire Valley if it’s a castle fix you’re after.

Rennes is known for being a bit rainy and gray, but the good news is that summer temperatures are moderate. The least rainy months are July through September (with September getting the least rain of all). And the most popular time to visit is in July, so if you’re looking for bustle and crowds, that’s the time to go.

If you’re looking for a bit less bustle, but want to stay out of the rain, choose September instead.

Flights from Sydney to Paris typically have one layover and start around $650 one-way in the shoulder season. The train from Paris takes about one-and-a-half hours and can cost as little as €16 ($25) on the new Ouigo budget trains.

On Airbnb, Rennes apartments’ average monthly price is about $1,500. Nightly rates average $72 and start at $19 for a single room in an apartment.

Restaurant prices range, starting around $15 for a light lunch at a popular creperie. You can also put together exceptional meals to cook yourself from the ingredients at the Marche de Lices. Expect sausages there to cost around $1.50 each, 100 grams of pasta to run about $8 and a small plastic basket of fresh strawberries to cost $9.50.