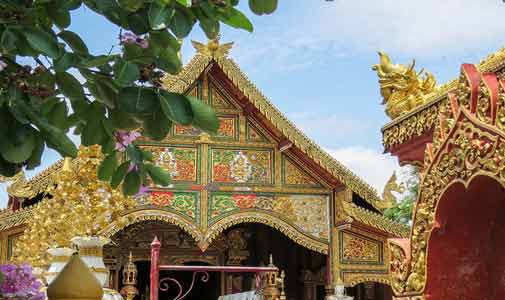 It is a feeling that’s difficult to describe. The first time it hits you it’s exciting, foreign and overwhelming.

The strange humidity that hugs you, the sounds of tuk tuks singing and the different energy buzzing around makes you feel very alive. Stepping out from the airport into Thailand is going to be an adventure every single time—guaranteed.

Thailand is made up of 76 provinces, 17 of which are in Northern Thailand. Chiang Mai and Chiang Rai are the most popular provinces to visit as well as popular places for expats to live.

Many Thai people also choose to holiday in Northern Thailand because it’s cheap and a little cooler in the hot season. Northern Thailand is popular because of its large national parks, wild mountainous jungles and spacious agricultural sprawl. But what’s most unique is the strong Lanna (Northern Thai) culture that spreads its influence through beautiful architecture, food and art. The Non-Tai (hill tribes) are also a wonderful feature to the landscape, cultural artefacts and daily life.

It’s difficult to compare—or choose between—Chiang Mai and Chiang Rai as their cultural offerings are very similar and both are worthy of exploring. At its most simple, Chiang Mai is a much bigger city, which means great choices on hotels to suit any budget. There are fabulous luxury resorts and cute funky hostels. Traffic can be an issue but driving from one end of the city to the other usually only takes around 30 minutes. Many restaurants have menus in Thai and English and it’s easy to access food from all over the world, including Aussie beef!

Chiang Rai is Lanna living on a smaller scale. The roads are wide and there is a bigger sense of space. Nature is also a more prominent feature within the city. There are still hotels that suit any budget however there is less choice and may not be quite as ‘arty’ as the Chiang Mai hotels. There are also many restaurants in the city but they will mostly be offering Thai food. Chiang Rai definitely has a more country town feel, when compared to Chiang Mai. It is only around 70 kilometres from Chiang Rai to the Golden Triangle and further travel, so Chiang Rai is also a great springboard to other northern adventures.

Depending on your needs, both provinces can provide you with many unforgettable experiences, so planning what ‘style’ of holiday is essential. Arty people, foodies and nature lovers will have plenty to see and do in both cities.

When Is The Best Time To Go?

Again, it depends upon what you like. Northern Thailand has three seasons; cool, hot and rainy. The following can help you decide what season will work for your trip.

Northern Thailand hosts some absolutely spectacular festivals and events that travellers are welcome to participate in. Festival dates change each year, depending on the lunar calendar, so the following is just a general guide.

A short drive out of the city, the Bo Sang Umbrella Festival is a celebration of the craftsmanship of umbrella making. The best treat is watching beautiful Thai ladies parade umbrellas on bicycles.

This is a spectacular display of local flora around the moat. It includes floats full of flowers, cultural costumes and music and celebrations at the local city park.

This is the Thai ‘new year’ and is a very lively festival that’s pretty much a water fight where people, armed with everything from buckets to super-soakers, take to the streets to drench each other. 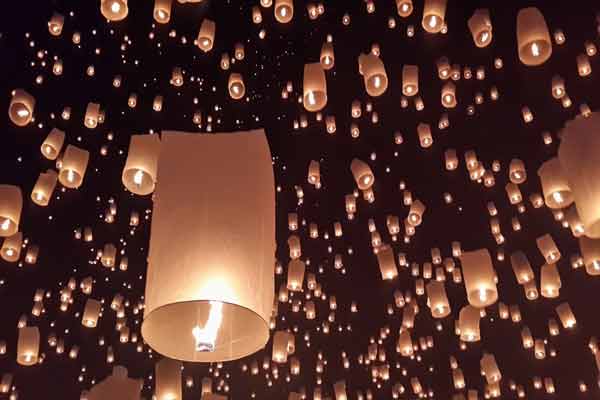 This is a stunning festival where the Thai people place krathongs (floats with flowers, candles and incense) on the river. Coinciding with this, hundreds of lanterns float into the night sky. This is a festival not to miss.

Set on the arty Nimmanhaemin Road, this fair showcases local artists and craft makers. There are many stalls to stroll through and much to buy.

The water throwing is just a part of Songkran in Chiang Rai. There is also a boat race that takes place on the Mekong River and boats represent Thailand, Laos, China and Myanmar. The local festival also includes cultural performances and a beauty contest.

May: The Lychee Festival

Pop up exhibitions of local artists works coexist with the local hotels having music and food fairs.

Loi Krathong is just as beautiful in Chiang Mai as it is in Chiang Rai, perhaps even better as there is less traffic.

Both Chiang Mai and Chiang Rai have wonderful things see and there are great adventures to be had. No matter what you are into there are activities that will suit your style of holiday.

Chiang Mai has many opportunities to enjoy the great outdoors…

As does Chiang Rai…

Northern Thailand is famous for its quality museums and art galleries if you appreciate culture and beautiful art. 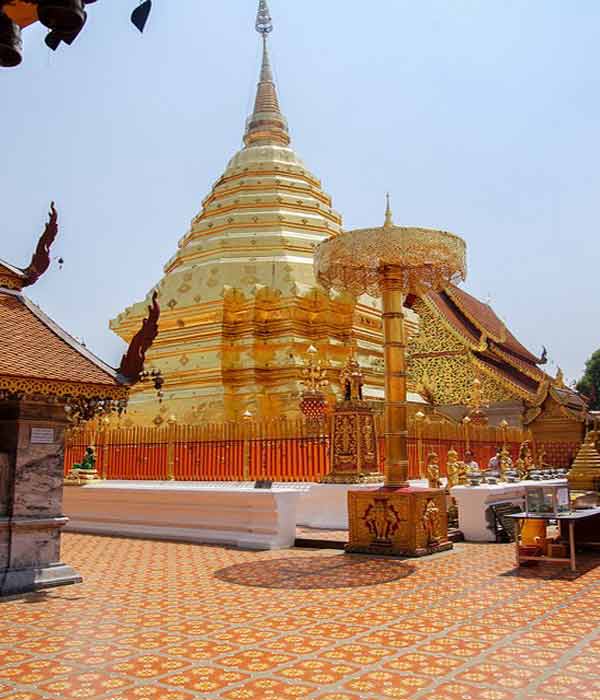 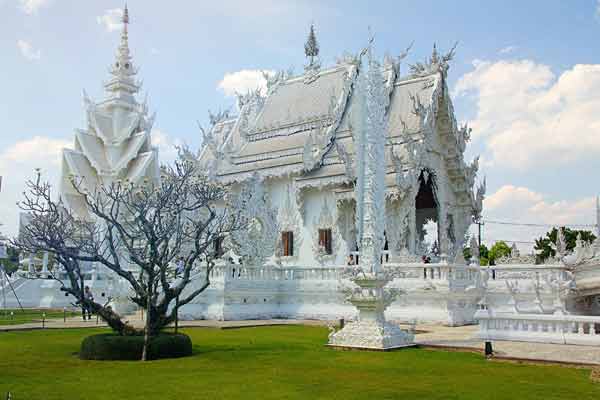 There is an abundance of delicious food waiting for you in Northern Thailand. There are two meals that are a must to try. Khao Soi is a noodle curry that dances on the tongue and Northern Thai sausage (sai ua) is spicy and fragrant with a kick of heat.

Here are some suggestions of some atmospheric restaurants to try. 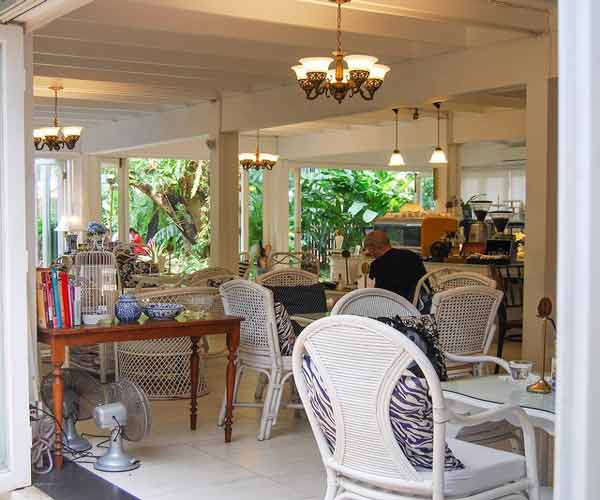 There really is something for everyone in Northern Thailand. Flights (prices from Bangkok begin at $70 one way) and buses run (prices begin at $20 one way) between Chiang Mai and Chiang Rai.

Everything you Need to Know About Living in Thailand