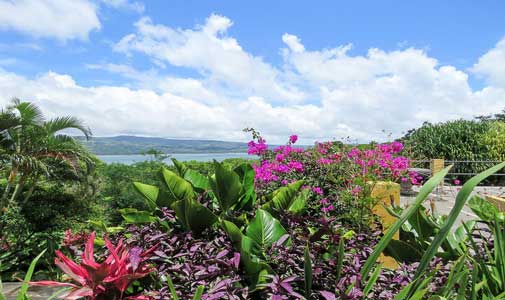 Costa Rica’s reputation as a tropical paradise precedes it. And with sun, sea and surf, its acclaim is well deserved. Though smaller than Tasmania, this country boasts a wide range of different climates, so there really is something for everyone.

With its long coasts of Caribbean and Pacific beaches, as well as mountainous highlands, thick rainforests and abundant valleys, there are many different climates to choose from.

To change your weather in Costa Rica, you must change your elevation, which in turn will change the amount of rainfall.

Go to the highland town of Monteverde, for example, and you’ll be surrounded by a cool mist and fog at least part of the day for most of the year. The Pacific coast around Guanacaste, on the other hand, is hot and dry – perfect for the many world-class beaches. 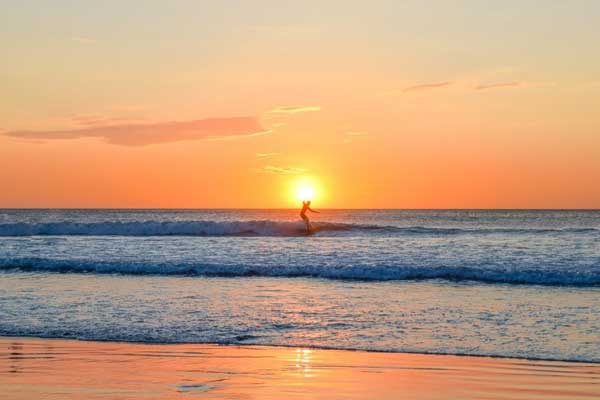 Costa Rica itself has an average temperature of 21 C to 27 C. Due to its proximity to the equator, it has no real summer or winter.

It does, however, have a rainy season from May to November. Average rainfall in Costa Rica is around 250 centimetres a year, but some areas in Costa Rica’s mountains can get almost eight metres of rainfall annually. And it can rain quite heavily in rainforest areas as well.

The Caribbean coast has its own microclimate, thanks to continual trade winds that keep the climate hot and moist, with rain year around.

Many people think that the capital of San José and the Central Valley boast the best weather in the country. At altitudes that vary from 610 metres to 1,524 metres above sea level, it is temperate year round, with temperatures ranging from highs in the high 20s C to lows at night in the high teens C. The higher in elevation you go, the cooler the average temperatures.

The rainforests of the southern Pacific coast are warm and humid, with heavy rains in the rainy season. But many expats live in homes set on the hillsides, overlooking the vast green jungles and glittering ocean. At elevation, the weather is cooler than at sea level, and benefits from cooling ocean and mountain breezes. Some expats here actually don’t use much air conditioning if their home was built to take advantage of these breezes.

Costa Rica’s lowlands and coastal areas have an average temperature of 26 C, if you like warm weather. In fact, if you are looking for a warm climate, head to Costa Rica’s northern Pacific coast. Known as the Gold Coast, this area receives the least rainfall and has more sunny days than anywhere else in the country. The rainy season here starts later as well.