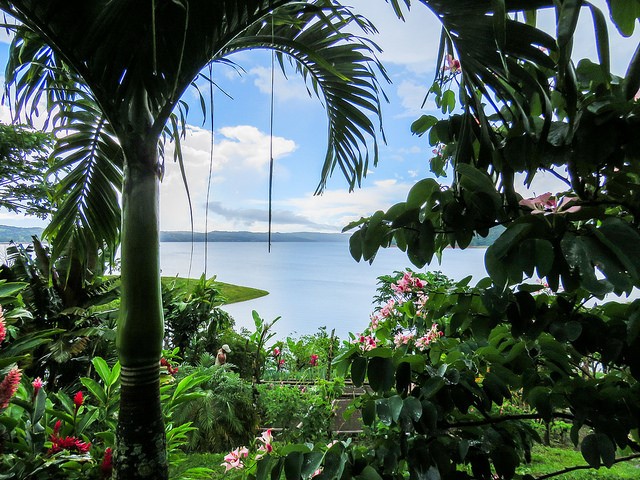 Costa Rica has some of the best healthcare in Latin America. There are two systems, both of which expats can access: the government-run universal healthcare system, Caja Costarricense de Seguro Social, known simply as Caja, and the private system. Both health systems are constantly being upgraded—new hospitals, new equipment and improvements in staff training.

Healthcare costs are similar to what you’d pay in Australia, depending on the treatment. Many doctors, especially in private practice, speak English and have received training in Western countries. Prescription drugs also tend to be much less expensive.

Private healthcare is also available, which is affordable and high quality. There are three large, private hospitals that most expatriates use: CIMA Hospital in Escazú, Clínica Bíblica in San José and Hospital La Católica in San José-Guadalupe. All these facilities are in and around the capital of the country, San José.

In this private system, you can pay cash or use insurance, including some international policies, as well as insurance from Costa Rican companies. Health insurance from the Costa Rican government monopoly Instituto de Seguro Nacional (INS), for example, is available to legal residents, and affiliated with doctors, hospitals, labs and pharmacies in the private sector. Even if you pay cash, costs are comparable to Australia. Doctors, for instance, rarely charge more than $80 a visit, even for house calls. And visits to see a specialist, of which there are many in the country, will cost you $110 to $135. Tests like ultrasounds are $100. Major surgeries are typically less than what they’d be in Australia.

A new full-service hospital from CIMA opened a couple of years ago in Liberia, capital of the Guanacaste province. It’s just an hour or so away from northern Pacific coast beaches like Tamarindo and Playas del Coco, home to many expats. It joins a Clínica Bíblica medical centre already in town.

Statistics from the World Health Organisation frequently place Costa Rica in the top country rankings in the world for long life expectancy. Arguably, one reason for this is the slower pace of living in Costa Rica. And, of course, the healthy, fresh, non-preservative-laden foods found there, as well as the welcoming tropical climate. Costa Rica just seems to be a healthy place to live. In fact, the Nicoya Peninsula region, on the northern Pacific coast, has been found to be one of the world’s Blue Zones. Researchers have discovered that the residents there live longer on average thanks to a combination of climate, diet and other factors.

With a government-sponsored network of hospitals and clinics throughout the country, the Caja Costarricense de Seguro Social (CCSS) has primary responsibility for providing low-cost healthcare services to the Costa Rican populace. Although sometimes overburdened, this system has worked well for Costa Ricans for the past 60 or so years. Foreigners living in Costa Rica—legal residents only in one of the residence progams like pensionado or rentista—can join the CCSS and get free treatment (everything from check-ups to prescription drugs to major surgeries) by paying a small monthly fee–based on income. Tourists and visitors can use Caja facilities only in emergencies.

In 2010, the government made it mandatory for residency applicants to become members of Caja. The monthly payment is 7% to 11% of the applicant’s monthly income. A dependent spouse is also covered and able to join Caja under that payment.

Many of the country’s highly trained physicians and some dentists work in the mornings for the CCSS, and operate their own offices and clinics in the afternoons and evenings.

While private healthcare in Costa Rica is more expensive than that offered by the same doctors and surgeons through the CCSS, the price is still reasonable. Cost for continued treatments for diagnosed problems will vary, but will almost always be less than comparable treatment in Australia.

Dental work, too, is provided at a much lower cost than in the West– prompting a phenomenon known as “medical tourism”. Knee replacements, hip replacements and cosmetic surgeries are some of the most popular procedures done in Costa Rica. On the dental side, implants and teeth whitening are popular. Many patients find that the entire cost of the trip to Costa Rica (including a holiday before or after treatment), including the procedure, is cheaper than having it done in their home country.

Three well-known private hospitals – Clínica Bíblica, CIMA Hospital and Hospital La Católica, where many CCSS doctors practice in the afternoons and evenings – offer first-class, ultra-modern services. Affiliated with US hospitals and certified by Joint Commission International (a U.S.-based non-profit, with an international branch that accredits medical services from around the world), these three private providers have costs somewhat higher than the public providers but still reasonable compared to Western countries.

Many expats elect to use a mix of public and private care due to the wait times for certain procedures and treatments in the public system. For example, if a Caja doctor requests an ultrasound but the Caja testing facility has a wait time of a couple of weeks, the patient can get the test done at a private clinic and bring the results back to the Caja doctor. Also, many private doctors who also work in the public system can write prescriptions for Caja pharmacies so there’s no cost to the patient.

A full range of cosmetic and reconstructive procedures are available in several modern clinics. With the addition of contemporary laser technology, the ability of Costa Rica’s plastic and cosmetic surgeons to provide world-class services has been enhanced. Prices are lower than in Australia, but it is important to note that each case is different and prices are quoted on an individual basis after a consultation.

From simple fillings to complicated multiple implants and periodontal work, Costa Rican dentists are as qualified and skilled as dentists anywhere–and the prices are far less. This is another growing area of health tourism–foreign patients seeking dental work arrive in Costa Rica in greater numbers every year. Laboratory work, too, is much cheaper in Costa Rica.

I was sitting on our cantilevered terrace, listening to birdsong and the river flowing below me. I pondered the 3,350-metre-tall Volcano Irazú in the distance. From the top of the tallest volcano in the country, it’s possible to see both the Atlantic and Pacific Oceans on a clear day.

Suddenly there came a rapid-fire knock at the door. I knew something was different this morning—Costa Ricans rarely get worked up.

A neighbour, who knew I’d worked as a doctor in the US before retiring to Costa Rica, wanted me to check his uncle, who was “having a problem”. I found an elderly fellow, surrounded by supportive family members, who was in pain and having a nosebleed. We loaded him in my car and drove the five kilometres to the nearest Caja—the nickname for the local public healthcare office.

Although the waiting room was occupied by folks waiting their turn, everyone generously ushered us to the front of the line. The old man was immediately assessed by the physician, received an electrocardiogram, or ECG (to check for electrical problems with the heart), was stabilised, and later transported to a large hospital about 30 minutes away. There he was treated for his heart attack. I never saw it handled any faster when I was working in the US.

When my partner and I left the U.S. for Costa Rica, many friends said, “Well, sure, you’re not worried about medical care; you’re a doctor.” To tell the truth, that actually makes me much more critical of the medical care available in other countries. Unlike some foreign nations, Costa Rica has nothing to worry about; state-of-the-art services are available here in all branches of medicine and dentistry.

Costa Rica has both public and private healthcare sectors. Every town has its EBAIS (Caja) office where people from the neighbourhood—expat residents as well as locals—can receive preventative and primary care. And there’s no pre-existing condition exclusion.

There are also private doctors and hospitals, just as you’re used to back home.

For example, CIMA Hospital in San José has it all…intensive care, all the surgical specialties and even dental treatments.

All cheaper than Western prices. And it is Joint Commission International-certified. That’s the gold standard in healthcare.

That’s not to say that public hospitals aren’t up to scratch.

Margaret Aliff, an expat who lives in the San José suburb of Escazú, tells this story: “I’ve had three ER [emergency room] experiences in Costa Rica: one at a private hospital and two at a public hospital. I would rate all ER experiences as very good, but I thought the public hospital was more thorough both times.”

Many expats use a combination of the two systems. Donald Martin, 73, had knee surgery in the U.S. some time ago that is now failing him. He needs a series of injections in his knee. He saw his Caja doctor here in Costa Rica, who reviewed the records his orthopaedist sent from back home. He could have waited a few weeks for an appointment within the Caja system—about the same wait time for new patients to see a specialist in the West. But he preferred to be seen immediately and was referred to three nearby surgeons in the private sector.

The next day, he learned he could receive the same treatment he’d had in the U.S., but at a considerable saving. “Not only am I saving on time and airfare back to Georgia, but the cost of the injections is $540 here, as opposed to the $1,620 I was quoted there.”

While some insurance carriers won’t cover costs in Costa Rica unless it’s an emergency, many expats find that private insurance here is very reasonable. John and Lori Jowett have recently gotten their insurance through Blue Cross of Costa Rica. “For a premium of $624 per month, we have better coverage than we had back home and at half the cost.”

In addition, the country is finding new ways to help lower healthcare costs. I recently discovered a program called MediSmart. It works with Hospital Metropolitano, one of San José’s private hospitals. Essentially, a couple can get deeply discounted medical services at Metropolitano by paying a $23-a-month “retainer”. While normal office visits may cost $50 to $70, they’re reduced to $19 to $24 by paying the retainer.

And expats aren’t the only ones who benefit from Costa Rica’s healthcare. Medical tourism is also growing rapidly. An estimated 40,000 people visit Costa Rica each year for some specific healthcare need.

When my fishing buddy, Kenneth Thomas, needed dental implants last winter, he drove past myriad dental offices in his home town and flew to sunny Costa Rica. He found he could save $20,000, even after paying for the airfare and his lodgings. Smiling a new perfect smile, Thomas reveals an added benefit: “I got to enjoy a few extra days in the paradise of beaches, as well as in some of the country’s numerous national parks. That will make you want to visit the dentist!”

Climate in Costa Rica: Warm Weather and a Charming Country