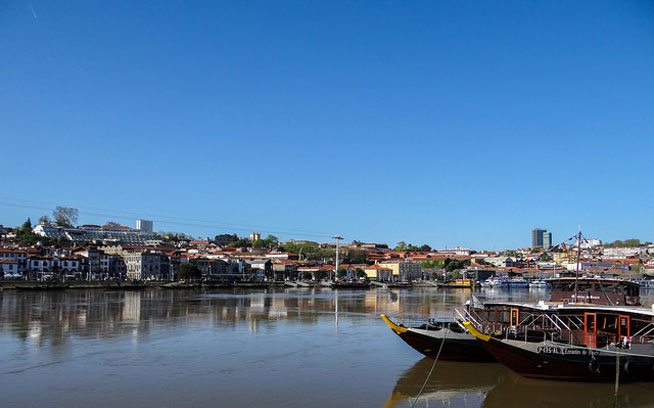 When Tom and Laine Berning first decided to give overseas living a try, they knew exactly what they wanted: “Good public transport, a lot of culture, walking neighbourhoods and excellent-quality food.” says Laine.

They did their research and checked out several destinations but Europe had always been on their radar. Then, when Tom retired a year ago, their planning turned to action.

“We visited Italy five or six years ago, and we thought, ‘Gosh, it would be wonderful to live here.’ It started a little bit of a seed.” says Tom, 60, of their retirement dreams.

The couple had also spent time in Portugal and returned to take another look. “We went to Lisbon for a week and to Porto for a week,” says Laine, 59.

Realising it had everything they were looking for, the couple settled on seaside Porto, Portugal’s second city. Here, they say, expats live comfortably on as little as €1,500 ($2,190) a month…and for €3,000 ($4,380) a month, you can live extremely well, including travelling extensively around Europe.

Porto, in northern Portugal, is set on the Douro River estuary, right where it flows into the Atlantic. The city is known for its vibrant restaurant and cafe scene and the scenic riverfront provides the perfect backdrop for an evening stroll. Elegant parks with fountains, statues and exotic plants, leafy boulevards and cobbled streets lined with historic buildings all invite easy exploration.

The golden sands of the Atlantic are just 15 minutes away by metro. Or you could just dip into one of the many caves (wine cellars) across the city, where you can take a tour and sample the house port (the fortified wine which takes its name from this city) for as little as $7.40.

“One goal of ours is being able to travel all over Europe,” says Tom. “We were in Budapest last night. A few weeks ago we were in Mallorca—that was a direct flight.”

The couple pays €800 ($1,182) a month for their three-bedroom, 125-square-metre apartment, which is in Matosinhos, an upscale neighbourhood just outside Porto’s centre that borders the Atlantic beaches. “It’s a little more expensive than what we were looking for, but still within our range,” says Laine. “The average person here spends maybe €350 to €400 ($520 to $590) a month.”

The couple plans to buy a place next year. They are considering their current neighbourhood, as well as nearby Foz and others close to central Porto, which will allow them to take advantage of the city’s extensive bus and metro system.

Day-to-day living costs in Porto are very affordable. “Food is about 65% less than what we were paying back home,” says Tom.

“Clothing, about half the cost, while electronics are on par with home prices.”

The climate’s attractive too. Porto is cool and mild, with summer temperatures ranging from the high teens to the low 20s C.

When asked if they would recommend Porto to other expats, the two beam. “Absolutely!”