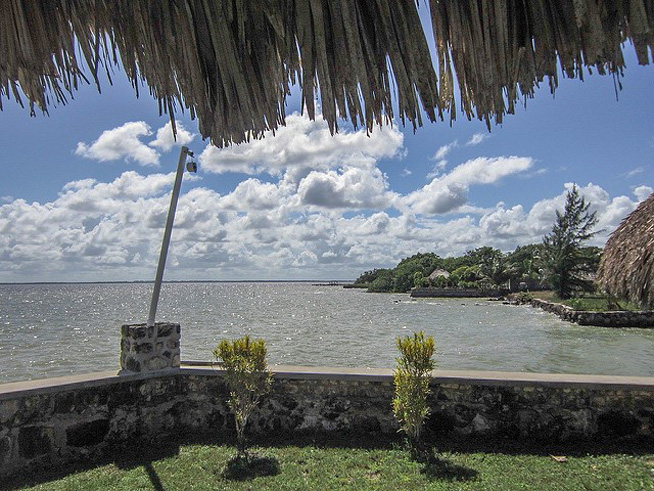 Belize had always tugged at Anne Pilling’s heartstrings. Originally from the U.K., she served in the British Army and had hoped for a posting to the Commonwealth country. It wasn’t to be, but Anne’s dream of living in Belize never went away.

After leaving the army, Anne moved to Nice, on France’s Cote d’Azur. She set up a private counselling practice and learnt French…but her heart lay elsewhere.

“After 14 years in France, I was ready for a change,” says Anne. “I wanted to live on the water and be warm all year round. Especially, I wanted to live in a country where English is the primary language.”

Anne had been making regular trips to Belize since 2008, exploring her options with a future move in mind. She spent several weeks on Ambergris Caye, Belize’s largest island, but found the cost of living there was beyond her budget.

On a return trip in 2012 Anne travelled the entire length of Belize by local bus. That’s when she discovered the sleepy seaside town of Corozal and decided to relocate for good.

Corozal is known for its reasonable cost of living, since making the move almost three years ago, Anne lowered her cost of living by more than half. Most expats in the area live comfortably on less than $2,660 a month.

These days, Anne’s energetic puppy, Coco Chanel, gets her up before dawn. She has time to meditate, power walk and five days a week she practices yoga with friends. Other days she joins in a group yoga class at the palapa located in the green space that overlooks the serene bay.

“I love taking the class by the water,” says Anne. “It’s so beautiful. I never had time to do exercise much in my life before. Now I am more body/mind/spirit orientated. I love it here. I love the birdsong… hearing the waves… And I love the Belizean people. They are so friendly and almost always greet you with a smile…”

There’s plenty of opportunities to socialise—there’s a thriving expat community—and Anne has more time to focus on her health. “I eat well and stay healthy here, ” she says. “I eat lots of fresh fruits and vegetables. The quality is amazing and the produce is organic. I ride my bike everywhere. I don’t need a car. And I love walking along the bay.”

Anne admits that it took time for her to learn to slow down after moving to Belize. “It took some re-adjustment, but it’s a huge relief.” Now she lives a more relaxing, healthier paced lifestyle. She has time to travel and takes regular trips. She meets up with friends in different countries for holidays and visits family and friends in the U.K. It’s a good life…