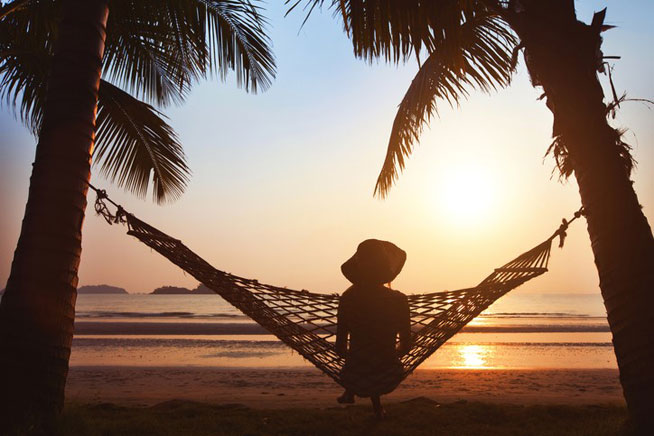 Last year, at 70—an age when most recent widows sell the family home and downsize to a smaller home near the grandkids—Kit Fitley moved to a beach town in Panama. “Most of my friends [back home] consider what I’m doing extremely daring,” she says of her new life in Coronado, on Panama’s Pacific coast.

Little do her friends realise that Kit, in fact, is riding a trend. She is one of thousands of singles who are moving abroad to enjoy a more affordable lifestyle. Ever since the global recession made retiring overseas a mainstream concept, more and more people are jetting off to expat havens to stretch their retirement dollars. And many of them are single: divorced, never married, or, like Kit, widowed.

So if you’re solo and dreaming of life abroad, take heart…and pack your suitcases. You’re not alone. Plenty of singles live abroad already. And more look to be joining them all the time.

Why Singles Are Moving

I’m single myself. I moved to Mexico nearly 10 years ago, for many of the same reasons others move abroad. I was tired of high-stress jobs and wanted to enjoy life while I was still relatively young. And, looking ahead to the future, I saw no way to save enough to enjoy the quality of retirement I’d want back at home.

But in Mexico, where cost of living is much lower, my budget affords me a very comfortable lifestyle.

Kit Fitley chose Panama for similar reasons. “I have enough money to live the lifestyle I want in Panama. I have money to travel, to do things. I couldn’t do that back home.”

And with freedom from financial worries comes the leisure to enjoy projects and interests that you had neither time nor money for before. Using a move abroad as a chance to “reinvent yourself” resonates particularly strongly with single women. Over and over, women who spent decades raising a family or managing a career tell me, “this is my time”.

Take Kate Burt, for instance. Divorced and with her children grown, she retired in 2005 from her position as a schoolteacher. The next year she headed solo to Guanajuato, in Mexico’s Colonial Highlands, to take a home-stay Spanish course. Bowled over by the wealth of cultural activities there—especially in music, her lifelong passion (she sang professionally for years)—she returned to Guanajuato the following two years for longer stays. She moved there full-time in late 2009, at age 65.

Since moving to Mexico, Kate has become fluent in Spanish, immersed herself in the city’s music scene and started a small “do-everything-on-a-shoestring” opera company to work with talented young opera singers in the area. She provides mentoring, training and support, occasionally financial, for professional development. Her work has given her a wealth of friends and contacts, both expat and local, in the community. And it’s given her a rewarding “second career” in a field she loves. A nice bonus: “My grandchildren back home think it’s cool that their grandmother has an opera company in Mexico.”

Is Single Life Abroad for You?

Moving abroad is a great way for singles to stretch their incomes. But you should never do it just for financial reasons—especially if you’re single. This will be your daily life, after all. So it should also be about adventure, opportunity, exploration…whatever motivates you and gets you out of bed in the morning.

Here, then, are a few key tips I’ve picked up in my own years as a single expat. They may help you decide if single expat life is for you…and if it is, how to make the move successfully.

There are expat destinations in countries around the world to suit just about every taste. So it’s up to you to decide what you need. What kind of climate do you like best? Do you want a small town or a large city? Mountains or beach? How social are you? And are you willing to learn a new language?

This isn’t the time to be coy. If you’re a stay-at-home type who likes having a few close friends, that’s fine…just don’t pretend you’re a party animal. Don’t want to learn another language? Yes, it will limit your choices…but you’ll still have plenty of options. Better to be honest about this—and plan accordingly—than to settle someplace where you can’t communicate.

Move to an Expat Haven

Occasionally I meet idealistic singles who say, “I want to live in a small village somewhere, where I can really connect to the locals and integrate into the local community.”

Seriously? Get real. No, you don’t. (And this is not just my opinion; I’ve relayed this anecdote to other long-time single expats and watched their eyes fill with horror…)

No, I’m not saying you should live in an all-English bubble, insulated from locals. Far from it. Interacting with locals—making friends and acquaintances, getting to know the culture and engaging with the community—is one of the biggest pleasures of expat life. It’s life-affirming and mind-broadening.

But moving to a place with other expats—even if there are only a few—makes your transition and life in general much easier. Who’s the best local carpenter or electrician (and how much should you pay them)? How and where do you sign up for utilities? What shops sell back-home goodies? Expats who have come before you have already figured these things out…so that you don’t have to. Take advantage of it. It will save you time and a world of hurt.

In addition, other expats will be eager to befriend you. You’re a new face. And they know what it’s like to make the move overseas. (And that’s true even when their home country is a different one than yours.)

When you move to a country that speaks another language, it’s only polite to learn as much of it as you can. But if you’re single, it’s especially important.

First, it helps you stay independent. When that kitchen pipe bursts, who’s gonna call the plumber? That’s right—you. And if you can’t do it yourself, you’ll need a translator—either someone you hire or a fellow expat who does you a favour. And over time, that gets tiresome for both parties.

Next, the more you know of the local language, the more you’ll get out of your time abroad. I speak from personal experience. As a fluent Spanish speaker, I’ve had unforgettable experiences and encounters come my way in Spanish-speaking countries that English-only types never enjoy. And you’ll never realise how much you’re actually missing until you bridge that language gap.

Learning the language can even save you money.

Expat Mike Wolfe, for example, settled in Santiago de Querétaro four-and-a-half years ago. Querétaro, in Mexico’s Colonial Highlands, is one of the country’s most beautiful Spanish-colonial cities. It’s sophisticated, historic and progressive, with every amenity a single expat could want, a mild, spring-like climate, and a high standard of living. But few non-business expats live here, so you need to speak Spanish to get by. As a result, Querétaro remains largely off the expat radar.

That was fine by Mike. “I wanted to get more of a cultural experience. My goal was not to be with gringos,” says the 67-year-old. “I had studied Spanish before and wanted to get better.”

Mike likes living in a city where he can speak Spanish and enjoy an authentic Mexican environment. He’s the only gringo member of a local tennis club; he shops in local markets, just as locals do.

And he enjoys a cost of living that is also more authentically Mexican. Even though he lives in a sophisticated city of almost a million people, he lives comfortably, right in the heart of Querétaro’s historic centre, on only about $1,625 a month. The rent of his one-bedroom apartment, including utilities and internet, is just $359 a month.

And he’s not an isolated case. Kate Burt, who also speaks Spanish, rents a small, cute, three-storey house with multiple sunny patios and even a separate, independent apartment for guests. She rents from a local Mexican family…who just recently raised her rent…to $325 a month…

So take those language classes. They can definitely pay off.

Looking for Love? It’s All Okay

Not everyone is single by choice. Single men, if you put their feet to the fire, will generally admit that they’re looking for a partner. Younger women—those whose biological clocks are still ticking—are usually looking, too. Older women may or may not be—sometimes it comes down to how single-minded they are about pursuing their “me” time abroad. But most singles, wherever they are on this spectrum, like to leave the door to romance at least ajar.

Fortunately, there are significant numbers of singles, of every sexual persuasion, in most large expat havens.

But not all are created equal. Some expat destinations tend to create a “couples culture” that unconsciously excludes singles. You’re not invited to dinner because it throws the numbers off at the table? You’re only invited when there’s a spare (fe)male? Yep, that’s “couples culture.”

Other destinations tend to attract many more singles of one sex—usually males—than the other. This tends to be typical of some smaller expat destinations in Southeast Asia.

So try to spend some quality time in an expat destination that you like, just to make sure that it fits your needs, romance-wise.

As Kit Fitley, happily ensconced in Panama, says of her move, “I was 70 years old. I didn’t speak Spanish. And I knew no one here.

Everything you Need to Know About Mexico