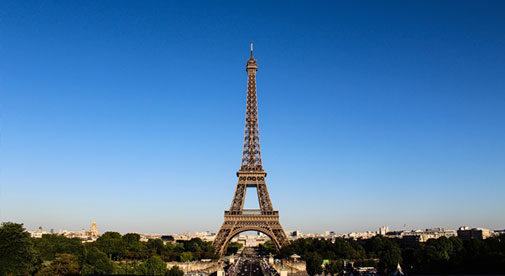 You may adore France –the beauty, the cheese, the wine–but you won’t quite be ready to pack your bags until you know you’ll feel safe living there. Concern is understandable, given the acts of terrorism that have occurred in the country over the past few years. But France generally remains a safe place to visit and live. Violent crime is relatively uncommon in France, although visitors should exercise increased caution due to terrorism. Below, I discuss several aspects of safety of France.

This is the big one, so let’s get straight to it. As you likely know, France has had several terrorist attacks since 2015, with approximately 247 people killed over a three-year period. It’s scary–no doubt, just as the attackers intend it to be. But, statistically speaking, you’re still more likely to die of hypothermia in France than be killed by a terrorist.

If the statistics don’t reassure you, perhaps the increased police presence will. France takes security very seriously. In Paris alone, there’s been a three-fold increase in police presence, particularly at public events, on public transport and in the tourist sector.

On a personal note, as one who has lived in Paris for over 17 years, while I do find myself more cautious and alert since these terror attacks, I still feel safe living in France. Before the terror attacks occurred, I rarely worried about my safety. I’ve lived in many big cities in the U.S. and Europe in my lifetime and I felt safest in Paris out of all of them. Even now, I feel comfortable walking around Paris or taking the metro alone at night, though I remain attentive as I would in any big city.

As noted above, violent crime is fairly uncommon in France and like everywhere else in the world, the crime rate in France varies by location. Most violent crimes in France occur in Ile-de-France, which is Paris and its surrounds. There’s also a spike in the southeast, around Nice and Marseille, as well as up north near Lille: In other words, around large cities. But crime rates drop when you look to the heart of France and along the western coast, especially Brittany and the south west’s Basque country.

Burglary (“cambriolage”) is more common in France than violent crime. In 2017, 233,550 households reported having had a break-in or an attempted break-in, which is about 9.8 out of 1,000 homes. Most of these burglaries or attempts occur in regions with very large cities, such as in the Ile-de-France, Rhone-Alps and Provence-Alps-Cote-d’-Azure. The regions with the least number of burglaries are Corsia (2.9/1,000 homes) and Brittany (4.2/1,000 homes).

Pickpocketing is definitely an annoying issue in large cities around France—in Paris, more than elsewhere. Pickpockets come in a variety of guises, from begging street urchins, to someone distracting you with a fake petition, to an ordinary guy standing next to you on a crowded street corner. Tourist areas are the highest-risk places as is the metro, particularly lines headed toward popular tourist destinations. Most pickpockets are well-trained and can spot unwary people in crowds and valuables that are easy to pluck. So, with a few precautions, you can keep your belonging safe. These include:

France also has its share of scammers, again, mainly in large cities. Don’t trust anyone playing the “shell game”—the one where you guess which of three cups holds a ball—on the street. If a stranger holds up an 18k gold ring and asks if you lost it, then encourages you to take it anyway…just ignore them. If you take it, they’ll demand money for it. Use common sense if any stranger approaches you and tries to give you something.

Of course, crime isn’t the only safety factor in France. Danger can occur with floods, avalanches and other acts of nature. Fortunately, France has few areas with climatic extremes. Now and then, the country may suffer from an abnormally hot summer or exceptionally cold winter, which can be dangerous. But under most circumstances, if you take precautions to dress appropriately for the weather, drink lots of water in the heat and avoid driving on icy or snowy roads in the winter, you should be perfectly safe.

Some areas of France are at high risk of flooding, particularly in certain areas of the Languedoc-Roussillon in the south of France. In some Languedoc villages, such as in the town of Sommières, the residents traditionally leave the ground floor of their houses empty just in case of flood! But the last major flood in this region was in 2005…it’s not usually a high-risk concern.

Places to Visit When Traveling in France