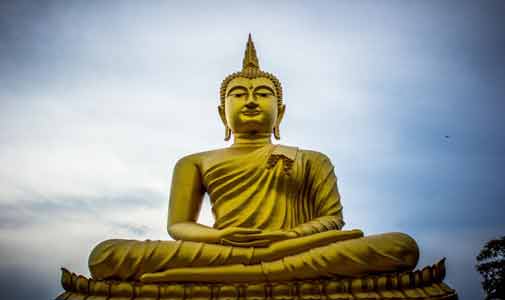 My wife Vivien and I have lived in Hua Hin, Thailand for three years now and have travelled extensively around the country in that time…and neither of us can think of a place or a time where we’ve felt unsafe and we’ve never been the victims of any crime.

Currently, over 32 million people visit Thailand a year and the number is continually rising. It is often referred to as the ‘Land of Smiles’, stemming from local Thai people who are, in most part, helpful, courteous, kind and welcoming. Perhaps this characteristic is derived in part from their strong and dominant Buddhist beliefs (95% of the population are Buddhist).

When it comes to safety and security, wherever you live, you have to take personal responsibility. In Thailand you can minimise risks by avoiding political activities and protests, keep your personal possessions secure and not flash around temptations; practice safe driving; have a circle of friends who can also check in on your house when you travel; keep your wits about you when you are out and keep alert for scams. Stay abreast of travel warnings through Smart Traveller as well as news and current affairs in Thailand.

When it comes to road safety, unfortunately Thailand has one of the highest death tolls in the world. It is attributed to many factors including drunk driving, speeding, unsafe driving practices, not wearing helmets, not wearing seat belts, vehicle overcrowding and lack of enforcement of road safety laws.

Most expats have a vehicle and follow the laws to minimise the risk of accidents. A dash cam is also beneficial in the case of accident and may save you compensation if you can prove you weren’t at fault. Expat drivers also learn to ‘flow’ with the traffic, leave any ‘road rage’ at home.

Some people express concern about tsunamis. The western coast of Thailand, including Phuket, suffered extensive damage from the 2004 Boxing Day Tsunami in which 227,898 souls were lost. Since then 22 tsunami-detection buoys have been positioned around the Indian Ocean as part of a regional early warning system.

When it comes to personal and property safety, incidents against foreigners are not that prevalent. Most expats report feeling safer living in Thailand than they did in their home countries, including Australia, the U.K, U.S. and New Zealand. Reasons for this vary. Many expats live in gated communities or apartment blocks that have onsite security or their homes here may have better security systems. In our time here, we have not heard of any personal or property safety issues from any fellow expats.

Socio-economics may also play a large part. The unemployment rate in Thailand averaged 1.45 percent from 2001 until 2018. As at February 2018 unemployment is 1.3 percent, meaning people are gaining incomes for their families and not unemployed or idle which is usually a catalyst for petty crime.

In May 2014, the Royal Thai Army, led by Gen. Prayut Chan-ocha staged a successful coup and have been in power since. The Constitution has been rewritten and elections are scheduled for November 2018. Although there is political uncertainty, many Thai people and expats have chosen to take the ‘mai bpen rai’ (meaning ‘no problems’ or ‘it will all work out’) approach.
However, there are some areas best avoided due to ongoing violence and conflicts, like the southern provinces of Yala, Pattani, Narathiwat and Songkhla. There are no expat communities in, or near, any of these out of the way locations and nor are they on any tourist route.

The Pros and Cons of Moving to Thailand

Top 10 Things To Do in Thailand