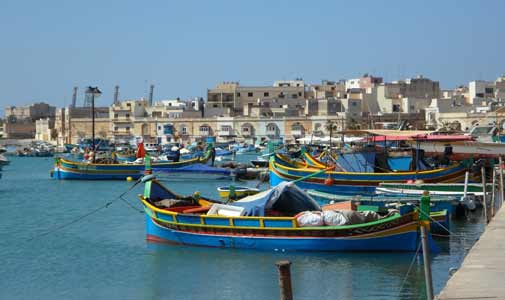 “I still remember the first time I came to Malta, I loved it immediately,” Michael Wright, 52, says, citing the island nation’s food, culture and lifestyle.

Michael found Malta to have a laidback vibe, similar to Australia, describing it as “like Sydney without waves”. He also noticed that it was easy to get by using only English, since both Maltese and English are official languages in the southern European country.

“I only speak English, with all the necessary ‘pleases and thank yous’ in Maltese,” he says. “There are some Maltese people that don’t speak English, but in my experience, this is very rare.” He adds that most communication needed to fulfil public services is written in English.

Malta was a British colony for 150 years. This means that many documents are in English, including visa applications, internet contracts and most food products. It has been a member of the European Union since 2004.

Focused on reaching his creative goals, Michael founded LeMakoo Art soon after he arrived in Malta. (LeMakoo is Michael’s nickname.) It didn’t take him long to find inspiration in the country’s “fantastic” scenery.

“There’s so much of it to paint and it changes drastically with the seasons,” he says. “My favourite time to capture moody landscapes is winter, when the sea is rough and there are more clouds.”

Malta’s compact size means that Michael is never far from the destinations that he paints. His artwork often depicts the hilltop town of Mdina as well as the skyline of the capital city of Valletta. 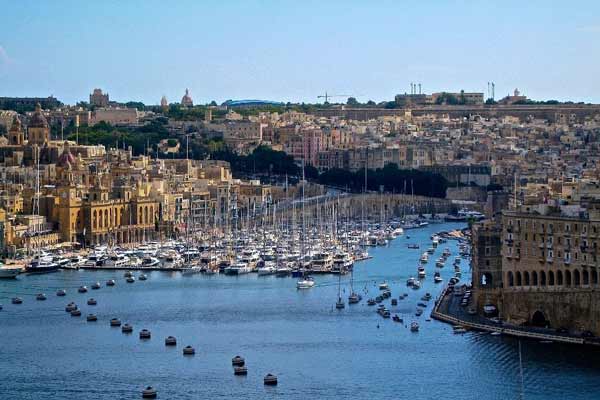 He also paints Malta’s historic forts and coastal watchtowers constructed from the island’s golden limestone. These structures were built by the Knights of St. John, who ruled the island from 1530 to 1798.

Michael uses vibrant colours in his artwork, which has been purchased by art collectors worldwide. It is also appreciated by locals, who decorate the walls of their restaurants, wine bars and furniture showrooms with it.

Together with his partner, Jo, Michael recently built a home in San Gwann, a town just a few kilometres from Valletta.

Like so much of Malta, San Gwann has layers of history. There are prehistoric cart ruts, centuries’-old chapels and the ruins of a tower believed to have Roman or Punic origins.

Steak and other meat are better priced in Malta than they are in Australia, says Michael. He recently bought steaks from a local butcher for $7.83 apiece. As for housing expenses, Michael says that a couple could find a two-bedroom flat for $783 to $940, while groceries for two might cost $313 to $626 per month.

With a passion for his artwork and an abundance of Maltese subject matter to paint, Michael does not see retirement on the horizon any time soon.

“As an artist, I will never retire, but if you have the money to retire here and not work it’s a great place, especially if you like sunshine,” he says. Malta’s pleasant Mediterranean climate (the average annual temperature is 23 C), means that residents can lead an outdoor lifestyle for much of the year, full of barbecues and coastal living.

Some of his favourite swimming spots are located in the northern and western parts of the island, including Mellieha Golden Bay and Paradise Bay. “I don’t swim in winter, but there are plenty of walks, mainly in the valleys,” Michael says.

“In my humble opinion Malta is easily the best place to live in Europe.”

The 5 Most Affordable Places I’ve Lived in Europe

7 Reasons I Love Living in Europe