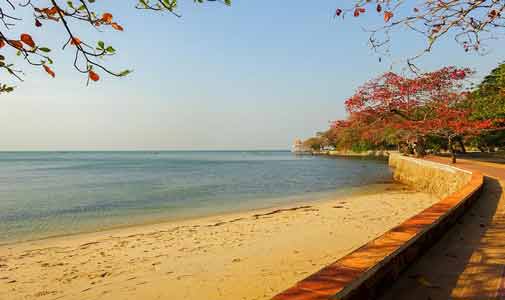 Established by the French colonial authorities as ‘Kep-Sur-Mer’ in 1908 as a coastal retreat for their families to escape the hot season, Kep soon became referred to as the “Saint Tropez of Southeast Asia” due to similarities with the French coastal resorts it had been modelled on.

The resort and surrounding area was developed by the French until Cambodian independence was achieved by King Sihanouk in 1953, at which point Kep underwent a long period of local popularity. New wave Khmer-style villas were constructed by renowned local architects with the King even having a summer villa built as Kep grew into the country’s trendiest coastal hotspot.

Sadly, the party ended for Kep by the 1970’s as the American War in Vietnam spread into neutral Cambodia sowing the seeds for a civil war and fighting that proved disastrous for Kep. The resort was abandoned and the once pristine villas fell into disrepair until peace and stability was finally restored in the late 1990’s.

Fast-forward to the present day and Kep is once again the hottest up-and-coming coastal resort in Cambodia with its popularity steadily increasing, especially during the past decade.

With a population of just over 40,000 people, Kep is Cambodia’s smallest province which has helped it differentiate itself from the much busier beaches in the much bigger city of Sihanoukville. The fact Kep offers a simpler and more relaxed pace of life has made it an attractive holiday option for mid to higher end tourists, expats and Cambodians seeking a tranquil beach getaway.

The coastal resort remains extremely scenic and one of the curiosities of Kep are the long-abandoned villas that were once home to the French and local elite before the war. Quite a few remain empty adding a curious vibe which visitors exploring the city seem to find very intriguing. A number of boutique resorts operate in beautifully restored villas. 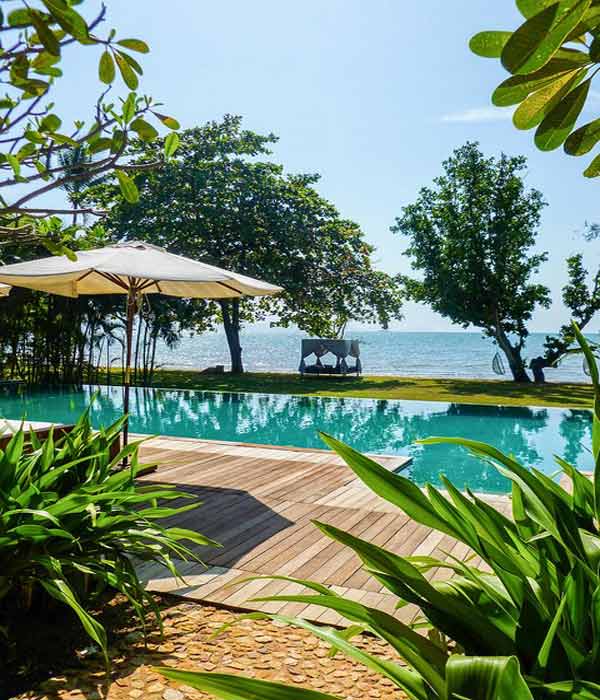 Kep is not known for its nightlife in the way that Phnom Penh or Sihanoukville are and for that reason many expats are drawn to its peaceful and serene atmosphere. It’s the perfect location for expats seeking a quiet, picturesque and affordable coastal retirement.

English is the most popular second language in Cambodia due to the booming tourist industry. Kep is like every other province in the country with the local population warmly welcoming foreign visitors who they proudly see as a sign Cambodia is back on track.

The Cambodian people’s genuine friendliness is most evident in the famous “Khmer smile” which young and old alike love to share with every new person they meet along with endearingly polite attempts to practice their English. Compared to many countries in Southeast Asia the level and proficiency of English speakers is very impressive considering most Cambodians have limited access to private education.

When it comes to expat job opportunities, there are very few suitable employers in town. At any rate, more and more expats are now ending up running their own small business to keep themselves busy, meet new people and hopefully earn a profit for their efforts. Tourism and hospitality remain the key driver of business for the area and those who think outside the box to establish a higher value offering tend to be the ones who prosper most.

Access to banking has vastly improved in recent years with a number of ATMs dotted around Kep. Many of these accept international cards such as Visa or MasterCard.

Depending on which bank you wish to use you may prefer to open an account at one of the several larger local, regional or international owned networks that have branches all other the country including ones that serve both Kep and Kampot.

Opening an account is a relatively straightforward process that requires a valid passport and visa as well proof of a local residential address. 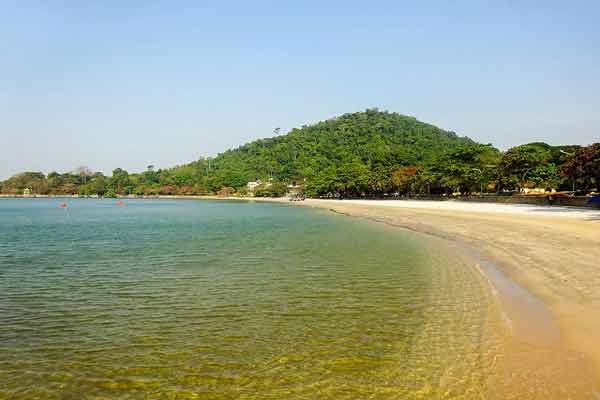 The only beach in Kep is a quaint, one-kilometre white sandy stretch between the ocean where the famous Crab Statue is standing 100 metres into the sea to remind visitors that Kep is all about the fishing industry. It is a uniquely fun and very Cambodian place for a photo opportunity. 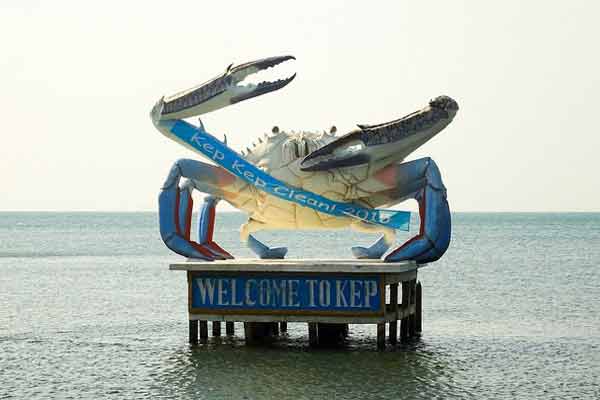 Aside from Kep’s beach, its other top draw is the fresh crab market. Here you can eat crabs fresh from the sea at one of the many wooden shack restaurants perched above the ocean on a stilted waterfront pier. The market attracts locals and expats of all nationalities who enjoy Kep crab cooked in delicious Kampot pepper sauce.

Try the fried crab with Kampot Pepper in the restaurants along the pier, such as So Kheang Crab Restaurant where they keep their fresh crabs in the ocean by the pier and the chef jumps into the sea to grab one anytime a customer orders. Even better is the great price of less than $7 for a plate of the freshest fried crab available in Cambodia.

Kep also offers a range of other activities which nature lovers will appreciate the most. There is a butterfly farm, a ranch where they hold beach horse treks, regular yoga classes and the Marine Conservation Cambodia on Koh Tonsay pier.

Other sites that are also of interest are the Kampong Trach caves, Kep National Park and a number of almost undeveloped beaches to visit including the popular Rabbit Island.

Not to mention that the riverside city of Kampot is a short bus hop away where you can take part in all manner of water sports on the river, go for leisurely walks while enjoying the many riverside bars and restaurants.

A visit to the atmospheric Bokor Hill Station to experience its temperate climate while exploring the colonial buildings enshrouded by fog which were abandoned after the Second World War. You can even stay the night at the brand-new casino and hotel that has been built nearby.

Cost of Living in Kep 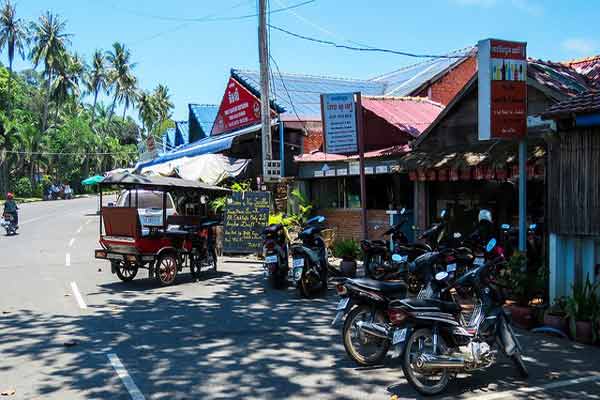 What is really amazing about living in Kep is that it is very hard to spend large amounts of money.

Shopping options are quite limited with the local Kep Market being the main go-to place for clothing, food and day-to-day necessities.

There are a growing number of mid- to higher-end bars and restaurants being opened but prices remain very affordable and the establishments are very much focused on differentiating from the noisier types of venues found in Sihanoukville.

Property rentals can be more affordable than Kampot and Sihanoukville but there is a much smaller range of available properties to choose from. For example, you can get a one-bedroom, one-bathroom, Khmer-style bungalow located close to the heart of Kep that is not far from the main roads but still in a peaceful area for only $340 per month.

You can easily pick up a Cambodian SIM card either at a provincial brand of one of the top three national mobile networks or from one of Cambodia’s many thousands of phone shops who also sell second phones, accessories and credit top ups.

At most all you need to do is show your passport then most operators will give you a free SIM card or charge a nominal $1 in exchange for a bumper package of bonuses with free calls, SMS and a huge amount of 4G LTE mobile data.

Depending on the reception in your area you may not need to bother with WiFi as internet provided by mobile networks is incredibly affordable. Packages for a mere $2 a week include 10GB to 20GB of mobile internet plus free calls and SMS. That’s about 20 times less costly than most other countries.

To give a clear example, here’s a sample monthly budget for a couple living in Kep with a good standard of living at an affordable price:

The Climate and Weather in Cambodia

Everything You Need to Know about Retiring in Cambodia