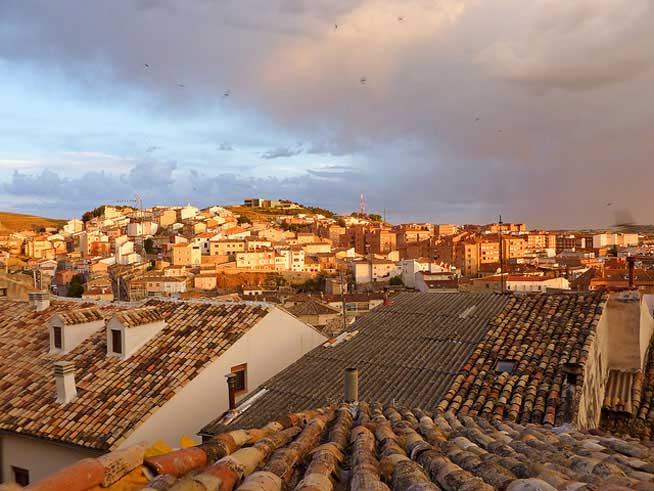 One of my favourite Spanish cities, a place I’ve been visiting for more than 25 years, is in Spain’s interior. For the past six years I’ve lived there part-time, spending several months every spring or summer. (For Aussies, part-time living in Europe is easy: You can spend 90-day stints on a simple tourist visa.)

And Cuenca is in an ideal location, about halfway between Madrid and Valencia in the region of Castilla La Mancha, the stomping grounds of the fictional Don Quixote. It’s only about an hour from either city by high-speed train, making it easy to spend time enjoying the beaches of the Mediterranean and the art-filled galleries of the capital. But Cuenca feels a world away.

Cuenca lies in a dry, wild region of deep gorges and pine forests. The original medieval city sits atop a spur of rock, surrounded by bare, forbidding limestone cliffs that drop to rivers on each side. Get used to walking uphill in the old city…but it’s not such a chore as you take in the winding cobblestone streets past centuries-old stone buildings with gaily painted facades. Walk down a dozen steps or so from the main thoroughfare and you catch unobstructed views of the gorges, stretching far into the distance. 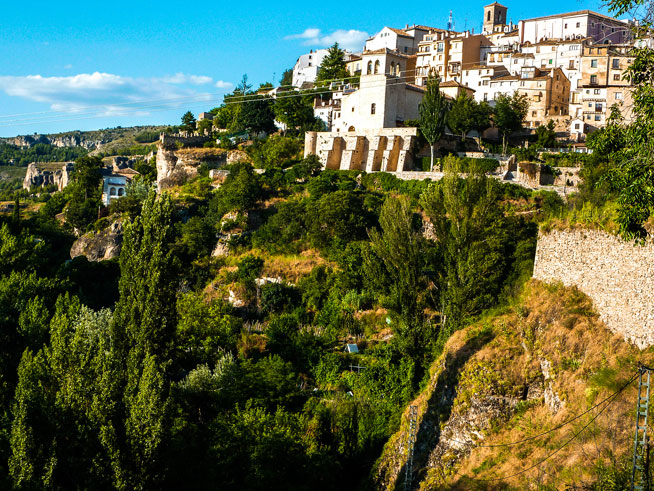 When I first discovered Cuenca, it was best known for its modern art museum, housed in 14th-century structures that literally cling to the cliff face. The Hanging Houses (casas colgadas) are still Cuenca’s signature photo opp. But today the city also attracts outdoor types who come to abseil the cliffs, hike the area’s many trails, cycle through the countryside, kayak on the Júcar River or generally just enjoy themselves in town.

For me, Cuenca is my fitness and relaxation break. Come late afternoon, I don gym gear and head off for a hike. Near my apartment is an archway, with worn stone steps leading down to the Júcar River. From here I can hike beside the river or cross it to hike the cliffs, enjoying spectacular views of the city in the late-afternoon sun.

You won’t find fancy shopping in Cuenca, but you can get everything you need for day-to-day living in the city’s modern neighbourhoods. I often stop for a morning café con leche on my way to the bakery or market; for less than $4 I can have my fill of coffee and churros—tasty, traditional fried sticks of dough.

I often cook at home, and I can get plenty of local goodies for doing so. You’ll find local suppliers of cured serrano ham here in Cuenca. It’s not the uber-expensive, gourmet variety, but it’s fine for daily munching, and there are varieties at every price point. (I also keep a cured punta de jamón—a solid wedge at the end of the ham—for slicing into traditional Spanish sautes.) Ditto the local wine: It’s sturdy, unfussy and cheap; you can get a decent bottle from about $5, or a four-litre box of wine from about $10. This is also the land of Manchego cheese. And while the supermarket stuff is decent, to treat myself I go to María Jesús at La Alacena, near the Plaza Mayor. She stocks artisanal cheeses from small, local suppliers, and the enticing smell of them wafts out to you from the doorway. She’s never steered me wrong on a cheese or a wine, and I dread the day she retires.

Cuenca is just one of many small, inexpensive provincial cities all over the Spain that merit exploring. I’ve seen many others where I could imagine happily spending some quality time. So next time you head to Spain, don’t limit yourself to the big cities. There’s a lot more to explore…