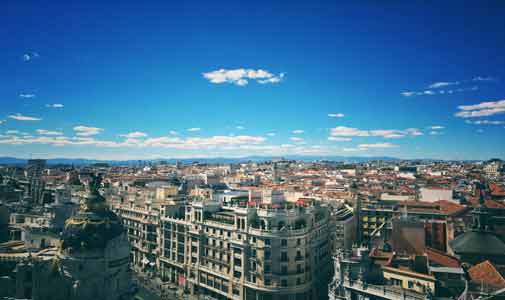 We’re enjoying ice cold lychee sodas on a warm winter’s afternoon overlooking a beautiful lake. Surrounded by a kaleidoscope of floral colour, with the heavy scent of the nearby lillies filling the air, we have to pinch ourselves and remember that this is our real life and we’re actually living here in Chiang Mai, Thailand. It’s our base as we travel the world as roving retirees.

After 30 years of running on the treadmill and working the 9-to-5 grind, my wife Jacqueline and I were looking for a more exciting and affordable lifestyle. The thought of working until 65 (or even older) never had great appeal…but finding a way to afford our dream was the challenge.

Flicking through the pages of International Living magazine each month we read stories of people just like us who were living the dream overseas in beautiful locations with a much lower cost of living. We knew if we didn’t at least try and give it a go we’d regret it, so we decided to take an adult gap year and test-drive the roving retiree lifestyle for ourselves.

Our adventure would commence in Southeast Asia as we had holidayed in Thailand, Vietnam and Malaysia previously and enjoyed the energy—and affordability—of the region. An added bonus was that it wasn’t too far from our home and family in Melbourne.

We compiled a shortlist of expat-friendly destinations offering a low cost of living, excellent healthcare and a good climate. For us, it came down to Chiang Mai, Thailand, Penang, Malaysia and Da Nang, Vietnam.

Our plan was to spend three to four months in each location to see which we preferred. If the cost savings stacked up then we would spoil ourselves with a month or two in Europe where the cost of living and travel would be pricier. We had a plan, saved up the funds and got ready to go.

Our first stop was Chiang Mai, where we jumped enthusiastically into expat life. We quickly made new friends through the activities and various offshoot interest groups of the Chiang Mai Expats’ Club and discovered a whole new life was possible.

Even better was the fact that our living costs were far less than back in Australia. We explored more of this fascinating country with a two-week trip to the Thai royal resort of Hua Hin. Having discovered housesitting through International Living, our home for those two weeks—a beautiful, two-storey, three bedroom property set amongst tropical gardens with a magnificent pool—didn’t cost us a penny.

We used housesitting again to spend an exciting week exploring the sights and sounds of Hong Kong before returning again to the same property in Hua Hin to celebrate the madness of the Songkran water festival.

At first we had just thought housesitting was a handy travel hack, but this was really something special—we now had a way to explore the world and greatly reduce our travel costs. Our discovery led to a total re-think of our original plans. We decided to give Penang and Da Nang a miss and instead fly to Europe to spend six months enjoying all the delights it had to offer.

Our first stop was Madrid where we lapped up the local culture before staying in a quaint 300-year-old cottage in the Andalusian hills inland from Malaga on the stunning Costa Del Sol. Next stop was a few weeks in a beachside apartment near the southernmost point of Spain. Each morning we would have breakfast on our terrace with wonderful views of the British territory of Gibraltar. Our Spanish adventure continued with a week each in marvellous Valencia and the Iberian island of Mallorca.

We spent the next three months traversing England and Scotland enjoying the odd pint and Sunday roast before moving on to a small village in the French Pyrenees. Our European adventure concluded with a return to Spain and a month in the Catalan region around Barcelona and Girona.

Before we knew it, our adult gap year was almost over and concluded where it had all started: Chiang Mai. Our final month was spent renewing friendships from earlier in the year and reflecting on everything we’d learned and done.

The most amazing lesson was that our finances were in better shape than before we left home. Our adult gap year had actually saved us money.

We spent about 33% less than our normal annual expenditure when living at home in Melbourne.
It may not surprise you that as a result of our adult gap year we have said goodbye to our ‘old’ lives. We now travel the world full time spending a few months each year in Chiang Mai and the rest of our time exploring this wonderful planet as roving retirees.