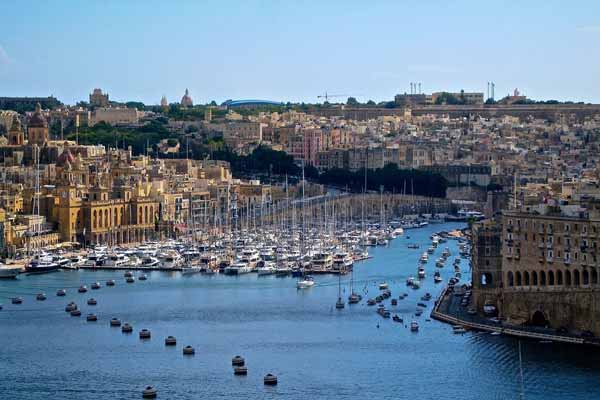 Malta is a tiny country, but it certainly makes a bold statement with its vibrant festivals. Most of Malta’s special celebrations revolve around saints’ days, fireworks and holidays like Carnival. However, it might be the food-themed festivals that best capture this island nation’s Mediterranean charm.

Here are four gastronomic festivals guaranteed to whet your appetite:

Held every April in the rural village of Mġarr, the Festa Frawli serves up tantalising treats made with locally-grown strawberries. There’s everything from rose-coloured cakes and pies to spring rolls, wine and smoothies infused with brilliant-red strawberries. 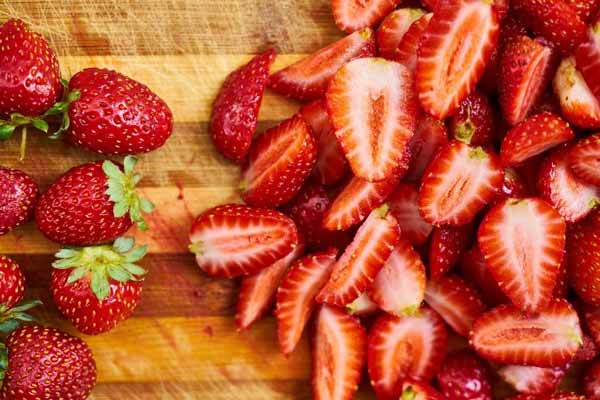 Locals also rave about the festival’s take on Malta’s beloved pastizzi snack. Typically, this flaky pastry is filled with ricotta cheese or mushy peas. But at the Strawberry Festival, cooks stuff this rich pie with strawberries, creating a delicious sweet and savoury effect.

Malta is not far from the Italian island of Sicily, so don’t be surprised when you spot trays of cannoli (kannoli) at Mġarr’s Strawberry Festival, too. These tube-shaped pastries are first deep-fried, then filled with mascarpone and ricotta cheese and thinly-sliced strawberries. A dusting of confectioners’ sugar renders them completely irresistible.

As you feast upon your strawberry sweets, you can watch Maltese folk artists dressed in colourful kerchiefs, scarves and skirts dancing on Mġarr’s main square. Elsewhere, men clad in vests and caps play traditional Maltese tunes on accordions and guitars. At times, local dance troupes take to the stage.

There are bushels of strawberries to be purchased, of course, but you can also find artisanal strawberry jam and wine. Some vendors even sell cosmetics like strawberry and guava soap.

There’s more than just strawberries to be enjoyed while in Mġarr. Not far from the festival grounds is the Ta’ Ħaġrat Temple, a UNESCO World Heritage Site. Parts of this megalithic structure date back to 3600 BC. Several of these mysterious temples are scattered throughout Malta. They were built by a prehistoric people called the Temple Builders.

Tickets to Ta’ Ħaġrat Temple are $5.60. The Strawberry Festival, on the other hand, is free to enter.

The Citrus Festival is held every January on the grounds of the San Anton Palace in Attard. The event, or Il-Festa taċ-Ċitru as it’s called locally, pays homage to Malta’s flavourful oranges, lemons and grapefruit. 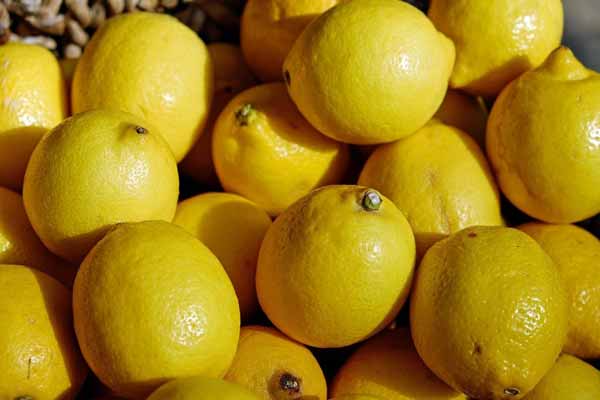 The citrus on offer at this festival is grown on-site in Malta’s largest citrus orchard. About 600 citrus trees fill the grounds, with some dating back to the time of the Knights of St. John. This legendary order ruled Malta from 1530 to 1798. In fact, it was one of the knights’ grandmasters who built the San Anton Palace. After the knights’ departure from the island, the palace became the residence of Malta’s British governor. Today, the Maltese president lives here.

The San Anton Palace is elegant any time of year. However, it’s even more attractive during the Citrus Festival when oranges and lemons decorate its fountains and golden-limestone walls. Inside the palace courtyards, wooden carts and wicker baskets overflow with aromatic fruit, too, making for delightful photo opportunities.

This festival can get quite crowded, so you’ll want to arrive early to ensure you can procure some citrus. A two kilo bag of oranges (larinġ) sells for $4.80. You can also buy lemons, grapefruit, marmalade and freshly-squeezed orange juice. And there’s more than citrus to be had, so be on the lookout for homemade pastries prepared by the palace chef, roasted chestnuts and jars of Maltese honey.

After you’ve consumed some Vitamin C, stroll the San Anton Gardens and soak up some Vitamin D in the form of Malta’s ubiquitous sunshine. The palace grounds are studded with mature trees, handsome statues, cacti, palm trees and poinsettia plants. Regal peacocks roam the expansive area and you’re also likely to spot turtles and fish, as well as cats sunning themselves. Select wings of the palace are often open for special tours.

Entrance to the Citrus Festival is free, with proceeds from any purchases you make going to charity. 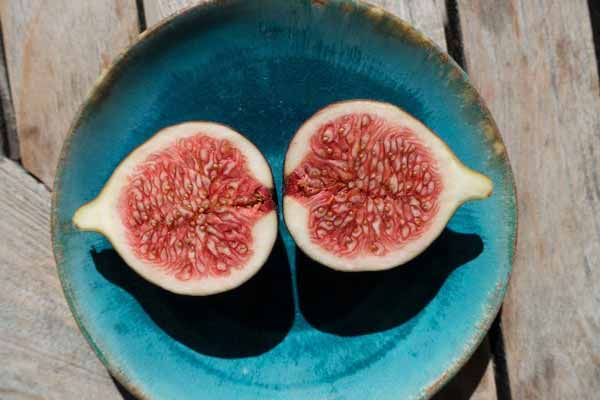 On Malta’s sister island Gozo, the village of Xagħra honours the tasty and nutritious fig each summer with the Festival tat-Tin. The figs are known to be especially tasty here, thanks to Xagħra’s fertile soil.

Since this event is held on another island, you’ll need to take a ferry to get there. The journey from Malta to Gozo is only 25 minutes and it offers stunning panoramas. Along the way you’ll cross the brilliant blue Gozo Channel and pass rugged landscapes dotted with centuries-old watchtowers.

Once you’ve arrived at the Festival tat-Tin, you’ll be able to mingle with neighbourhood fig farmers and watch chefs doing cooking demonstrations. You can sample everything from fig bread and crepes to fig scones and quiche. Local merchants also sell homemade jam and chutney and even beauty products like fig body scrub. There is no cost to enter the Fig Festival.

Elsewhere in Xagħra, visit the charming Ta’ Kola Windmill, as well as the Ġgantija Temple complex. Ġgantija predates Egypt’s pyramids and is a UNESCO World Heritage Site. It’s a fascinating place to while away a couple of hours—strolling among the mysterious megaliths and exploring the site’s excellent interpretation centre. Tickets to Ġgantija cost $9.60. 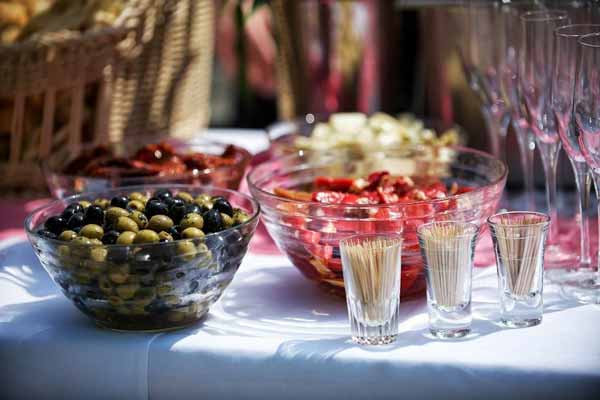 The Maltese town that plays host to this September festival is called Żejtun—a name derived from the Arabic word for olive (zaytun).

Olive Festival attendees can sample and purchase plump Maltese olives and freshly-pressed olive oil. There’s also the chance to feast upon flavourful dips and traditional ftira, a favorite bread among locals. One of the most popular types of ftira sandwich is called ħobz biż-żejt, meaning “bread and oil”. The Maltese often add homemade tomato paste, capers, sun-dried tomatoes or tuna.

If you’re eager to see how olive oil is made, head over to Żejtun’s main square and watch as modern equipment transforms buckets of olives into shimmering, golden oil. Nearby, there is a livestock display, which features baby goats and fluffy bunnies. Colourful antique farming equipment is also showcased throughout the town’s streets.

Even after the sun dips below the horizon, the festivities continue with musical performances, a flea market and photo exhibits. Some of Żejtun’s streets are pedestrianized for the Olive Festival, allowing you to amble about and brush shoulders with locals dressed in period costumes. You’re likely to see horse-drawn carts roll by.

Entrance to the Olive Festival is free.

In Pictures: My Favourite Places in all of Malta