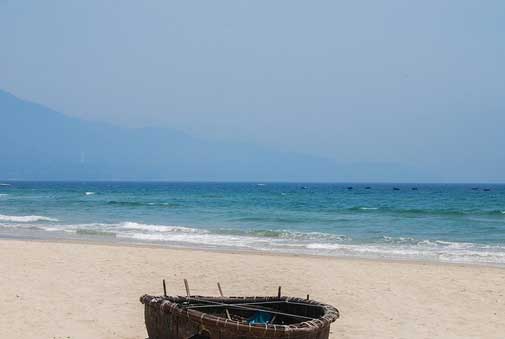 Back in 2005, when my husband David and I first arrived in Vietnam, it was not with the intention of living here. We had just begun what we thought was a round-the-world trip and Vietnam was only our third stop after touring Hong Kong and China.

We had the sense that travelling in Vietnam might be difficult. We feared that it might be full of resentment from the war, with unfriendly locals who could not, or would not, speak to us. We expected that it would be what I term “hard travel”.

How wrong we were.

We entered the country through the Chinese border crossing and went through a courteous and friendly immigration procedure. We were soon on the street and greeted by our first smiling local who asked the question that we’ve heard countless times since then, “Where you from?”. Shyly admitting we were from the U.S., we were more than a little surprised when our new Vietnamese friend raised her fist in the air and exuberantly shouted, “Bill Clinton! Power to the people!” President Clinton had recently normalised U.S. relations with Vietnam and the Vietnamese people were thrilled about it.

As we spent more time in Vietnam, we came to love the country and its friendly and outgoing people. We spent the next few years travelling throughout Southeast Asia, but found ourselves returning to Vietnam again and again.

Each time we came back, we were astonished by the changes. The country was developing so rapidly that it seemed like a different place each time we visited. Roads had improved, motorbikes were replacing cyclos (pedal taxis) and bicycles and it was evident that there was a growing middle-class. People were cheerful and optimistic about the future.

When we started our ‘round-the-world’ trip, we had imagined ourselves as travellers, staying in each chosen spot as long as it interested us…but our interest in Vietnam never waned. There’s just so much on offer here…hidden mountain villages, mighty rivers, secret seascapes, beautiful beaches, bustling cities…and the value you get for your money is a big bonus. So, six years ago, we made the decision to settle down here.

We first spent a year living in the pretty coastal city of Nha Trang, where we had a good mix of expat and local friends. We then moved north to the capital, Hanoi—where we spent five happy years—and just this month we made the move to the beachside city of Da Nang.

In each city we’ve called home here the locals have been welcoming, friendly and curious. I’ve been invited to weddings and funerals, family celebrations and intimate gatherings. I never expected to experience this amount of hospitality when I first visited Vietnam in 2005 and even now, it continues to surprise me.

I’ve never quite figured out why the Vietnamese have graciously accepted foreigners to the extent they have. Perhaps after being closed off to the outside world for so many years, we’re still considered a bit of a novelty. From a practical standpoint, the majority of Vietnamese people weren’t even born during the war years—the median age here is just 30—and to most of them, the war is something they’ve learned about from history classes and their elders.

Whatever the reason, those of us who live here are constantly delighted by the welcome we’re shown by the local people. It’s a common occurrence for me to buy something at the market and have the vendor throw in a little extra just to be nice. I’ll take a ride on a busy public bus and someone will immediately offer me their seat. I’ll need a minor repair on my motorbike and the mechanic will refuse to take any money. If I look as if I might need a helping hand—I’m lost or my motorbike won’t start, for example—someone will be there to help within a minute or two. I might walk past a wedding and be invited to come inside or have an elderly lady guide me across a busy street… This kindness and generosity happens at the most unexpected times and never fails to make me feel happy, welcome and right at home…