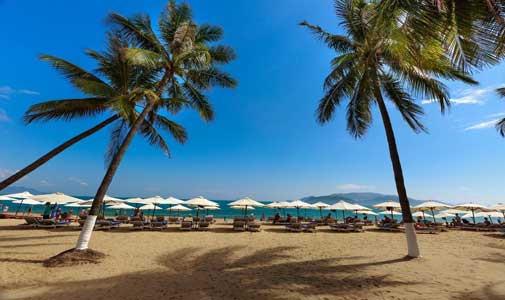 Nha Trang is widely considered to have one of the most beautiful bays in the world. The broad, golden-sand beach is wide and inviting; a beachside promenade stretches for several kilometres, filled with palm trees, grassy parks, topiary, volleyball nets and playgrounds.

Nha Trang is a popular stop along the Hanoi to Ho Chi Minh City tourist route, so many people visiting Vietnam for the first time break up their trip here. They find that it’s a friendly place, full of activities, a lively restaurant and nightclub scene and some of the best spas, diving and snorkelling in Southeast Asia. It’s also a popular spot for kite flying, kitesurfing and wake boarding. 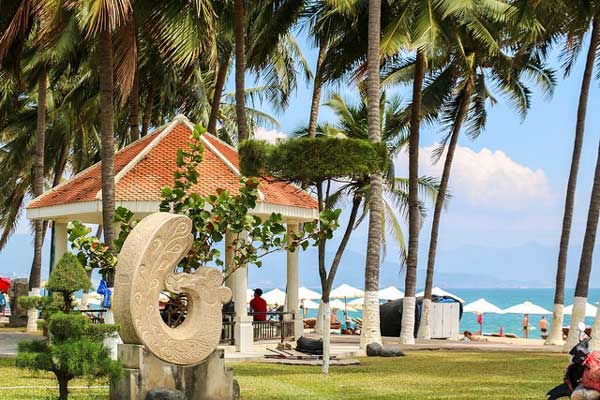 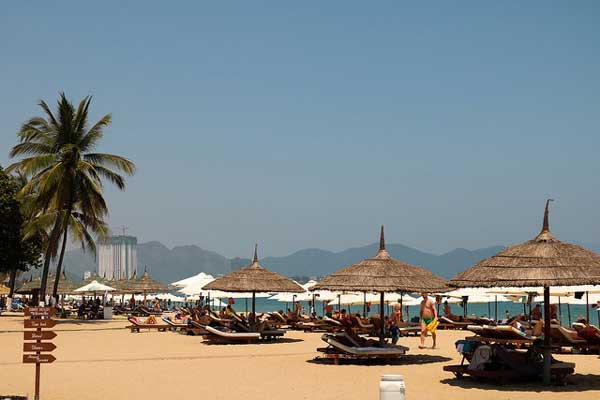 Nha Trang has been a popular beachside resort town for nearly a century. It was first established as a resort by the French and later it served as a popular rest and relaxation spot for American troops. As a result, the local Vietnamese are accustomed to having foreigners in their city and are often happy to talk with you and help you get settled.

Spend a few months here and you’ll likely find that you have as many Vietnamese friends as you do expats.

Nha Trang is located about 435 kilometres north of Ho Chi Minh City and 1,392 kilometres south of Hanoi. The metropolitan population is around 400,000, which makes it the second largest city along the Central Coast. Tourism is the mainstay of the local economy, but shipbuilding, salt farming, fishing and lobster farming also contribute significantly.

The city’s services have improved greatly in the last few years. With the 2016 opening of Vinmec International Hospital Nha Trang, there are now two Western-style private hospitals in town.

Tam Tri Hospital is a new, private hospital with an international wing that also gets high marks from Nha Trang’s expat community. 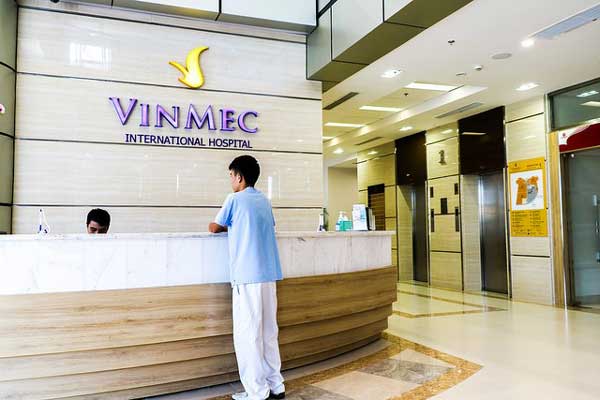 If your budget is tight and it’s nothing too complicated, the government-run Military Hospital 87 in the tourist area is also well-regarded.

Nha Trang’s recent building boom includes the construction of a Big C Supercentre and the Nha Trang Centre, a swanky mall right across the street from the beach with a large Citimart Supermarket as its anchor.

There is also a MM Mega Market that sells bulk and wholesale goods for when you need to do some serious household shopping. New buildings are popping up all along Tran Phu Street along the beach; some are designated hotels and condotels, while others will no doubt have shopping centres and other amenities.

Besides having some lovely natural hot water springs—spending a day at Thap Ba Hot Springs is heavenly—Nha Trang also has two well-regarded golf courses. Vinpearl, on Hon Tre (Tre Island), is a combination five-star luxury resort, golf course, spa, shopping arcade and amusement park. It’s located just off the coast and is accessible by either speedboat or cable car. There is also a golf course at Diamond Bay, which is south of Nha Trang on the road to the airport.

You’ll find foreigners living throughout Nha Trang. Many of them live in the tourist area bordered by Nguyen Thien Thuat, Tran Quang Khai, Nguyen Thi Minh Kai and Tran Phu Streets. This part of town is adjacent to the most popular section of the beach and is full of restaurants and nightclubs as well as some of the best shopping in the city. 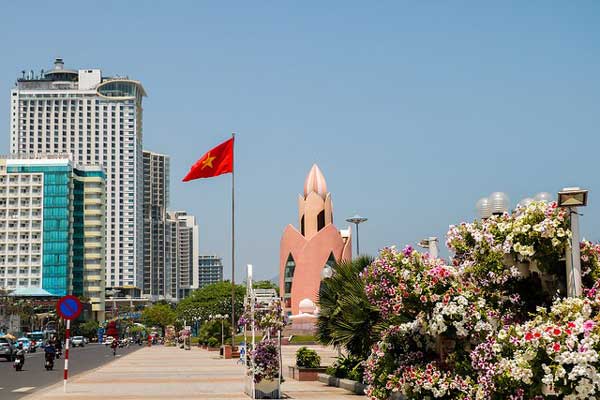 It can get overrun with tourists, though, and a second expat community north of the Cai River, about two kilometres from the tourist area, has recently established itself as a desirable haven for those wishing to escape the hustle and bustle. This part of town provides a quieter and more local experience.

Other expats have found their paradise living in the outskirts of Nha Trang, in the nearby mountains, or in the city centre. Wherever you go, you’re likely to be able to be in the company of other foreigners.

Renting a house or apartment in Nha Trang is a bargain. Prices for comfortable places in good locations start at less than $390 per month.

Nha Trang has quite a few reasonably priced properties on the market that foreigners can purchase. Most listings are for homes that overlook the bay or the South China Sea. There are a few places right on Tran Phu, which is the town’s coastal road, though most of the available housing is farther south near the Vinpearl cable car station or along the beach and in the scenic foothills north of the Cai River.

The northern part of the city has seen a lot of development recently; many apartments and villas have been constructed or are scheduled to be completed in the near future.

Nha Trang is affordable by almost any standard. A bag of fresh local vegetables and tropical fruit won’t cost more than a couple of dollars at one of the traditional markets and Western-style supermarkets offer wide selections of local and imported goods at reasonable prices.

There’s an ever-expanding assortment of restaurants serving international fare, including some of the best Italian food you’ll find anywhere outside of Italy. Ride hailing apps like Grab Taxi have made getting around easy and affordable. A couple can live a comfortable middle-class lifestyle in Nha Trang on a budget of $1,200 per month or less.

The Pros and Cons of Living in Vietnam