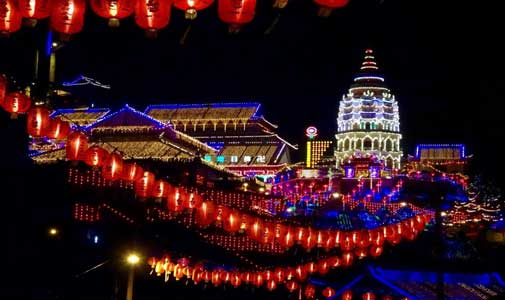 Malaysians love a good party! Give them any reason to have a celebration and everyone will attend.

Penang, an island off the west coast of Peninsular Malaysia, is a multicultural island with a blend of Malays, Chinese and Indians. It’s normal to see all three of these ethnicities dining side by side, walking to school together, shopping at the wet market, living daily life together. It is one of the first things my husband Mark and I fell in love with after we moved here.

With such a diverse population, it’s not surprising that there are unique festivals to celebrate monthly; some more significant than others, some larger than life but all possess the same attribute…everyone is welcome. Be it a religious, cultural or food festival; there is never a dull moment in Penang.

Starting in January is Thaipusam, the most important Hindu festival of the year. It is dedicated to Lord Murugan, the god of power and virtue, who dispenses favours and answers prayers. The devotees make vows of gratitude; the most extreme pierce their bodies and faces with fish hooks and spears and walk barefoot for kilometres in the hot sun to a temple high on a hill. 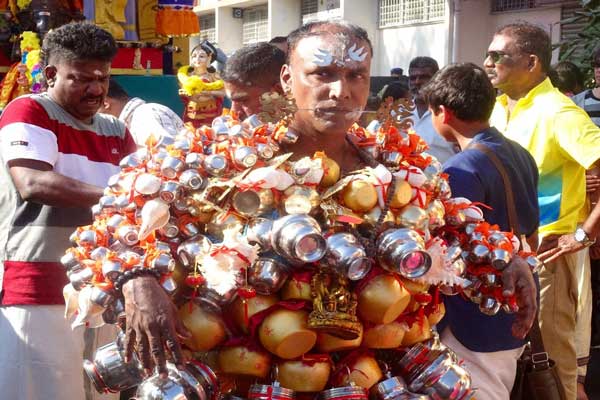 Some walk to the temple carrying kavadi (“sacrifice at every step” in English) on their shoulders which are heavy canopies constructed of various materials and decorated with colourful peacock feathers. Others carry offerings of fruit and pots of milk which are poured over the statue of Lord Murugan when they finally reach the temple. It is a celebration of religious devotion like no other.

February rings in Chinese New Year. Celebrated for about 15 days during which firecrackers and fireworks, used to scare off bad luck and monsters, are a nightly occurrence. The whole island is decorated in red, everything from lanterns and tassels on people’s front doors to new red clothing. 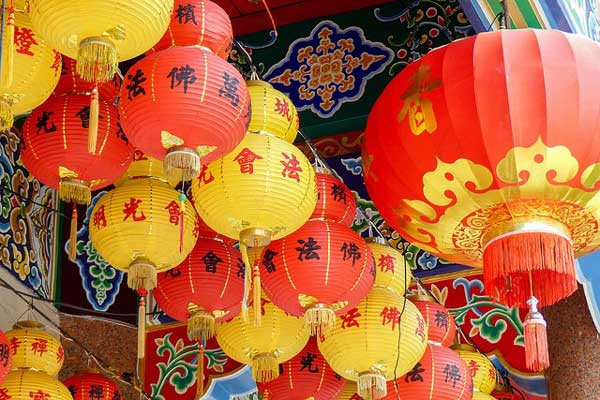 Red envelopes called ang pow are filled with money and given to the young, old and single people. All over the island, you can hear the thumping of the drums for the lion dances that are performed for good luck at homes, businesses, apartment complexes and shopping centres.

In April, Songkran or Thai New Year is celebrated in Penang at the Wat Chayamangkalaram Thai Buddhist Temple. Thai Buddhists pour water over Buddha statues to purify and wash away their sins. People of all nationalities come to take part in a massive water fight that shuts down the street in front of the temple.

Also in April is the Penang International Food Festival. Food is such a fundamental part of the island’s reputation that there is a 16-day long festival to prove it.

For years Penang has been getting awards for its food, and it’s genuinely one of the reasons Mark and I moved here! 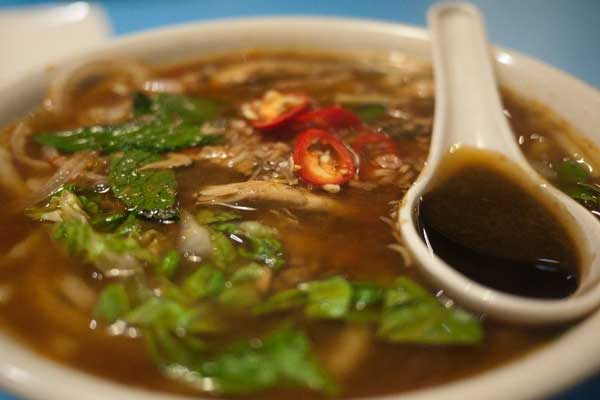 The festival highlights food from all around the region in a multitude of ways; from curry nights and dining in an old colonial building revamped into the latest dining hotspot to a food truck invasion which garnered Penang the title of the World’s Largest Food Truck Rally in the Guinness Book of World Records.

My favourite event was dining on the water. We boarded the historical Penang Ferry for a ride under the beautiful bridges that connect the island to the mainland. On board, we had a 4-star dinner from one of the finest restaurants on the island, Kota, while listening to a trio of musicians play everything from classical music to Ed Sheeran.

Cost of Living in Penang