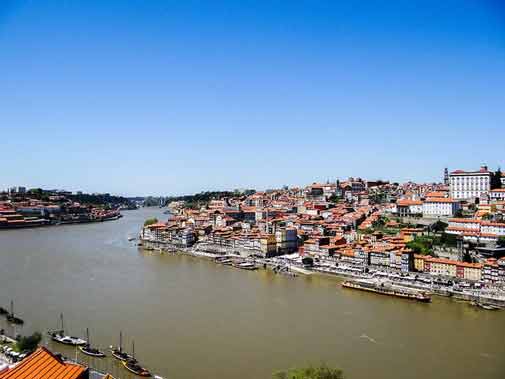 Recently, an old friend from school mentioned that a classmate of ours had moved with his wife to Portugal.

“I think they’re in Porto,” she said.

That definitely got my attention…and brought on a wave of nostalgia. Porto is probably my favourite city in Portugal and one of my favorites in Europe. There’s no denying that Lisbon has its charms…but even a Lisboan (transplanted to Porto) once admitted to me that he thought Porto was friendlier.

Maybe it’s the size. A city of only about 240,000 souls is almost inevitably more intimate than a large capital. Though, frankly, the Portuguese are remarkably friendly wherever you go in the country…

But there’s so much to like in Porto. To begin with, the location. Right at the mouth of the Douro River, the city has miles and miles of waterfront paths, on both sides of the river. On the Porto side, you can walk west from the historic centre along riverside pathways all the way to the sea and to upmarket neighbourhoods like Matosinhos and Foz. (These are favourites with expats.) On the opposite side of the river, in Vila Nova de Gaia, the paths take you all the way to fishing neighbourhoods on the outskirts of town. On a bright sunny day, there’s nothing better than a walk along the estuary to the sea.

Sun isn’t always on the cards in Porto, of course—here you’ll experience mild days and occasional soft rain, but with no temperature extremes.

Personally, I love to stroll its winding streets and enjoy new discoveries at every turn: a little restaurant with local vino verde on tap, at less than a dollar a glass…a tiny pastelaria with Portuguese custard pastries fresh from the oven, the odour of strong Brazilian coffee wafting out the door…or Portuguese linen—napkins, tablecloths and more—displayed in a store window, alongside colourful local pottery. 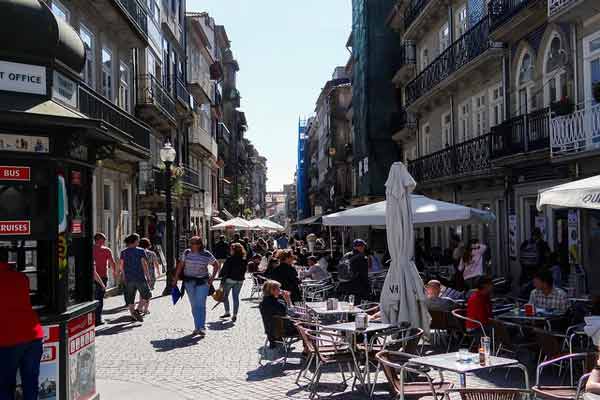 Stroll down to the waterfront, the Cais da Ribeira, at night, where the lights from the great bridge Dom Luis I sparkle across the water and I defy you to resist stopping for a drink or a meal at one of the waterside restaurants. Seafood here is fresh off the boat. And the wines are the region’s scintillating whites.

Bacalhau—salt cod—is practically the national dish and in Portugal it’s prepared dozens of ways. (It’s often paired with local potatoes, which are some of the creamiest and best I’ve ever had.) But I admit to a weak spot for fresh sardines, grilled whole. It’s one of those simple, satisfying dishes that speaks of Portugal’s seafaring roots and unfussy country ways.

Port wine, of course, is Porto’s claim to fame. And the port wine houses, including Cockburn, Taylor and Graham, sit across the Douro in Vila Nova de Gaia. You can take a tour, with tastings, in most all of them…and the local product is for sale everywhere.

Or take a tour of the Douro River valley—where the grapes are grown—and enjoy the region’s spectacular, mountainous scenery. Years ago, on my first trip to Portugal, a friend and I drove along the Portuguese border, right where the Douro crosses into Spain and becomes the Duero. The river there lies at the bottom of a deep gorge, the mountains rising steeply on either side.

We stopped to eat at a restaurant housed in one of the old fortified castles that once guarded the border. Enjoying one of the local red wines that is the basis of port, I looked up to see a gargoyle. Carved in stone and placed there in the Middle Ages, it depicted a monk. He was bent over, his cassock thrown over his back and his buttocks bared, mooning the Spanish across the river.

It told me all I needed to know about medieval politics.