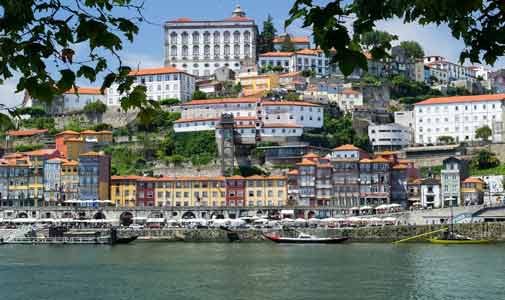 Porto, the second largest metropolitan area in Portugal after Lisbon, is located on the Douro River where it flows into the Atlantic. The city is home less than 240,000 people in the city center (about 2.4 million in the greater metropolitan area) and has a small city’s feel and friendliness. But it’s also a thriving international business city, with many expats finding all the amenities they need, including an international airport. 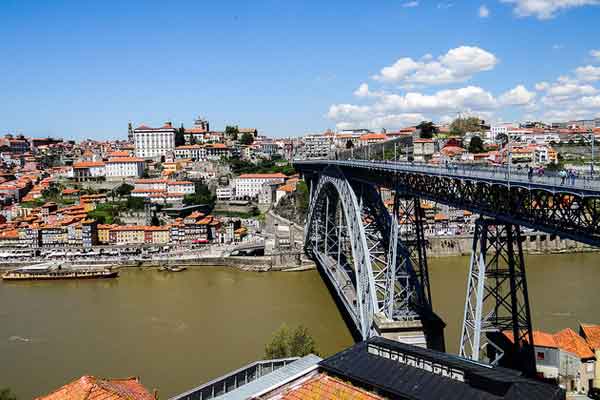 The richness of culture available makes the city an ideal place for retirement. You’ll be surrounded by elegant parks with fountains, statues, and exotic plants, leafy boulevards, and cobbled streets lined with historic buildings. Porto’s cool, mild, climate means the temperature averages around 18 C in the dry summer season, and 10 C in winter, which lasts from December through March and can be wet.

However, in Porto, there’s no need to own a car. There’s an extensive bus network and a tramway—the first on the Iberian Peninsula—using vintage cars, and the metro will take you to the golden sands of the Atlantic in just 15 minutes. But the town is best experienced on foot and its scenic riverfront provides the perfect backdrop for an anytime stroll.

Retiring in a city that boasts beautiful architecture creates a sense of perpetual vacation. One impressive edifice is the São Bento train station. The station, the oldest and most beautiful in Porto, was built on the site of a Benedictine monastery. The big draw is the panels comprised of 20,000 blue-and-white azulejo tiles, a glazed coloured tile traditionally used in Portuguese buildings. Dating from 1905 to 1916, they are the work of famed craftsman Jorge Colaço.

Another example is the Cathedral, or Sé, dating from the 12th century. Fortress-like in design, its walls are also covered in azulejos. The Romanesque gem is where famed explorer Prince Henry the Navigator, known in Portugal as “Infante Dom Henrique”, was baptised.

The Church of São Francisco, Porto’s most important Gothic monument, is another impressive site.  It’s 17th and 18th century baroque interior, is filled with spectacular gilt-covered wood carvings and features a polychromed altarpiece from 1718 depicting “The Tree of Jesse”

Speaking of lovely buildings, Café Majestic, opened in 1921, is considered one of the most exquisite cafés in the world. With a long tradition as a gathering place for the literary, artistic, and political elites, you will surely sense the glamour of that past when you pass through its Art Nouveau doors. The restaurant is located on Rua Catarina, a street that also boasts plenty of stores for browsing and shopping.

Rua Santa Catarina is the main shopping street in Porto. Here, Zara, H&M, and other trendy stores mingle with fine jewelers and souvenir shops to offer a satisfying variety for every taste. Part of the street is closed off to traffic, so you can stroll, dine, drink, and people-watch at your leisure. 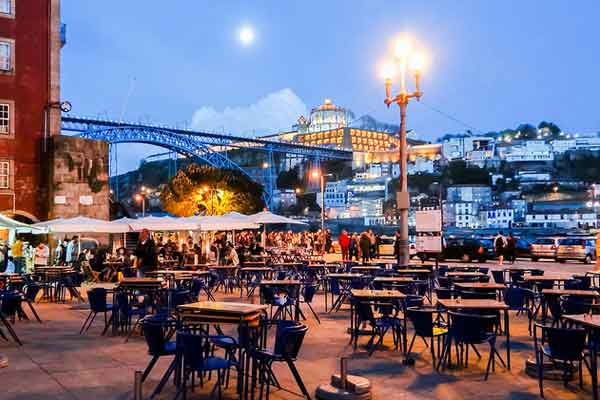 Besides history and culture, this is a city where food and wine are inextricably interwoven into its residents’ lifestyle.

Perhaps the most iconic dish in the north of Portugal is francesinha, which literally means “little Frenchy.” Tradition says it was invented in the 1960s by Daniel David Silva, who had lived in France, basing his creation on the classic croque monsieur, a toasted ham and cheese sandwich with béchamel sauce. A daunting concoction, the francesinha is made of bread, wet-cured ham, linguiça, fresh sausage, and steak or roasted meat, all topped with melted cheese and a hot thick tomato and beer sauce. Sometimes an egg is thrown in for good measure. Silva is said to have invented this dish while working at a Porto restaurant.

Porto is of course famous for its fortified wine of the same name…port. Walk across the Dom Luís I Bridge over the Douro River to Vila Nova de Gaia, and dip into one of the many wine cellars or caves. There you can take a tour and participate in a tasting for about $8. Popular choices are Graham’s, Taylor’s, Sandeman, and Quinta de Noval. Another good option is Cálem, all the easier to visit as it’s the first place you’ll encounter when you exit the bridge onto Cais de Gaia. One lesser-known house is Vasconcellos, family-owned and in operation since the 18th century. Some houses provide fado, the country’s iconic song accompanied by stringed instruments, for your sipping pleasure.

Porto loves to party. In midsummer, you can catch the Festa de São João, the Festival of Saint John. A tradition dating back more than six centuries, it is the city’s most important celebration. Beginning in the afternoon of June 23, thousands of people flood the streets of both the city center and small neighbourhoods to celebrate.

Originally a tribute to John the Baptist, during the 19th century the populace introduced activities with roots in pagan courtship rituals. Festival-goers pelt each other with garlic flowers and soft plastic hammers, jump over flames, and eat boiled eggs and sardines (sardinhas) grilled on outdoor barbecues. Midnight brings a fireworks display and dancing continues into the wee hours of the morning.

Cost of Living in Porto

For all Porto’s natural and architectural beauty, fine food and wine, and pleasurable pastimes, it’s surprisingly affordable to live here. A cup of coffee in a café is $1.30 or less, fresh fruit less than $3 per kilo, and a three-course lunch for two including wine at a mid-range restaurant will cost you just $26. Senior discounts are offered in many museums and other sites of interest. Here’s some useful monthly cost of living information, to help give you an idea of what you might expect to spend living in Porto:

Many European cities have been sought out by expats from the Australia and New Zealand in recent years. What Porto offers is an enchanting combination of Old-World charm and First-World convenience wrapped in a consummately affordable and attractive package.