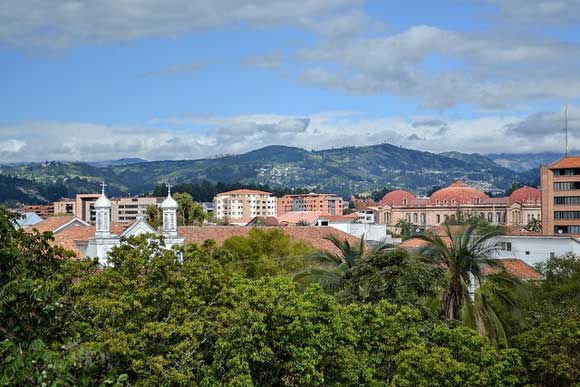 When I graduated from college I put on my travelling shoes and backpacked through Europe for three months, vowing to stay as long as the $500 in my pocket lasted.

I stayed in hostels, lived on loaves of bread and French cheese, saw the Mona Lisa at the Louvre, prayed in the Vatican and drank large steins of Heineken in Germany. I rode endless trains and disembarked on whims. Some days I did nothing more than sit outside and people-watch. Each day was my own and I felt free and exhilarated.

If I had known I wouldn’t get the chance to do this again for another 40 years I would have stayed longer in Europe and drunk more wine. Instead I came back, got married and put aside my love of writing for the more lucrative marketing field. I dabbled in writing at night for magazines, but got detoured by high-stress jobs that robbed me of my time and energy. Years flew by. Jobs came and went, as did husbands, but I never ventured back to writing. I did end up drinking more wine though.

Years later, I had to ask myself, “When did I stop being so brave?”

Then, when it finally came time to retire, my resignation letter stuck to my hand like flypaper—I had trouble letting go. After all, work is how I had defined myself and if I wasn’t working, who was I? Free-falling back to a blank slate was both scary and exhilarating.

When my friend, Michael, equated moving to Cuenca, Ecuador, to moving to the Wild West during the gold rush, comparing us to cowboys seeking adventure, I finally understood the open playing field of my future.

“Cuenca”, he says, “is where you come to find a new start.” He’s right in many respects. Whatever expat community you choose from the many the world offers, one thing is true of them all: No one knows who you are. You don’t have to pull out reams of verification to prove what you can do—you can just do it. Whether it’s writing, volunteering, painting, teaching, cooking, hiking or whatever you want to try.

It’s perplexing yet freeing to think you can just hang out a shingle and move forward with your dreams. But instead of people telling you why you can’t do it, you’ll find new friends saying “Why not, what’s stopping you?” Well…nothing.

With me, that freedom drove me straight into two of my passions: animals and writing. For my volunteer activities, I decided to continue with my animal rescue mission (I came to Cuenca with five rescue dogs—but that’s another story). I founded a social club called Cuenca Bitches (as in dogs) to fund spay/neuter programs. Around 60 of my new-found animal-loving friends would gather every few months for parties to raise money for spaying and neutering dogs and cats.

I also decided to start a “Writing Your Life” course, to help fellow expats pen their memoirs. I had taught this course around 25 years ago and was happy my long-dormant teaching skills could provide expats with a way to capture their family histories.

Cuenca is a beautiful city nestled in the Andes Mountains, known for its Spanish colonial architecture. A towering, gold-embossed cathedral and cobblestone streets filled with bustling mercados restored my sense of adventure. Walking the miles of trails along the four rivers in Cuenca provided me ample opportunities to stop, take a deep breath and think about where I wanted to go next.

Because Cuenca has changed my life so profoundly, I wanted to share this experience, so I began writing for free for local expat blogs. When I sent in a clip to International Living, they not only printed my piece, but invited me to write about my Ecuadorian adventures. And now I happily work for them, extolling the benefits of living abroad.

Since moving here, I have hiked the Andes to the continental divide, caught a two-kilo rainbow trout on my first fly fishing endeavour and danced in the street during countless fiestas.

I don’t live frugally because I don’t have to. I can get affordable healthcare without bleeding my bank account dry. There’s no need for a car because the public transportation is cheap and ample. My electricity bill is $50 a month—instead of the $300 I spent on air-conditioning back home. But mostly, because I can afford to live on my pension income, I don’t really have to do anything. And what is more freeing than that?

My sister calls me ‘brave’ but I don’t feel brave—I feel lucky. To me, she’s the brave one. I retired at 58 and she’s still paying for the expensive life back home at 65. “What will I do? How can I afford to retire?”, she asks. She still has dreams, but they’re on hold.

But she understands I’m free and my hope is that one day you will be too. Moving to Cuenca gave me the same feeling as graduating from college, when the whole world was there for the taking. Both were times that offered an opportunity to start a new life.

And I reckon that because you’re reading this, you know that you can change your life when you trade in worrying about every dollar for the lower cost of living abroad. It’s natural to feel a little scared about what you’ll do once you move, but it’s the voice of exhilarating freedom you should listen to because being handed your freedom in your 60s is an exceptional opportunity to try on some new lifestyles…whichever of the world’s best retirement havens you choose.