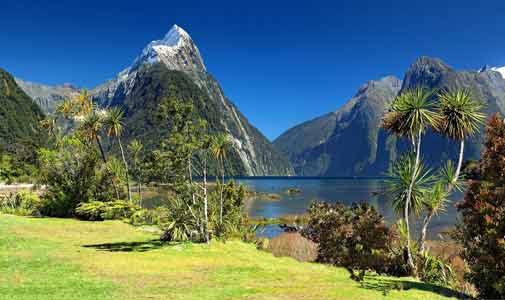 New Zealand is a country of incredible, unparalleled beauty. The South Island in particular is renowned for its mountains, lakes and glaciers, including New Zealand’s highest mountain, Aoraki Mount Cook, which is almost 4,000 metres high.

The South Island is the larger of the country’s two major islands—the other being the smaller but more populous North Island.

I visited the South Island in October last year and instantly fell in love with it. As a Perth native, I was blown away by how green it is. You really do feel like you’re immersed in Lord of the Rings’ Middle-earth. I half expected Frodo to make an appearance.

As a retirement destination, New Zealand is often overlooked in favour of warmer climes in Asia or even Europe. But if you’re looking for a place with stunning scenery, world-class produce and friendly people—and only a short flight back to Australia—the South Island is an ideal option.

With that in mind, here are the top five retirement spots you should consider.

Join a Coastal Community in Sumner

You won’t find many tourist brochures on Sumner, but that’s what makes it so special. With a population of just 4,000, Sumner is actually a coastal seaside suburb of Christchurch—the largest city on the South Island.

Nestled inside a dormant volcano, Sumner is separated from Christchurch by rugged volcanic ridges, ending in cliffs descending to the sea. The unique geography and coastal location lend themselves to a vast array of activities.

Here you’ll find laidback coffee shops, bars and restaurants, charming boutiques and ice cream parlours—all of which is thoroughly enjoyed by beachgoers, walkers and cyclists. If you dream of living in a coastal community, Sumner is definitely worth a look.

Located in the South Island’s stunning Southern Alps, visitors from around the world are drawn to the Wanaka region for its breathtaking natural beauty. Wanaka’s lakes and mountains—and proximity to Mount Aspiring National Park—have made the area a firm favourite among outdoor enthusiasts.

Lake Wanaka—New Zealand’s fourth largest lake—is the centrepiece of the resort town of Wanaka, which is also home to a series of galleries, stylish shops, and cafés and restaurants. This includes Trout Bar & Restaurant, where you can take in the view while you enjoy fresh fish and chips.

Easily the most touristy town on the South Island, Queenstown sits on the shores of Lake Wakatipu, which is 80 kilometres in length (making it New Zealand’s longest lake) and has a maximum depth of 380 metres.

There’s no shortage of things to do in Queenstown—from visiting nearby Milford Sound (a fiord home to fur seal colonies, penguins and dolphins) and the world-renowned Routeburn Track, to adventure sports including zip lining, white water rafting, bungy jumping and canyon swinging.

Queenstown is also near some of the island’s best wineries, including Wet Jacket Wines and Kinross Cottages. If you don’t mind the crowds, Queenstown makes for an exciting retirement.

Delve into History in Dunedin

You’ll notice a difference as soon as you arrive in Dunedin. Located at the head of Otago Harbour on the South Island’s southeast coast, Dunedin is characterised by Victorian and Edwardian architecture and its unique mix of Maori and Scottish heritage.

If you love beer, you’re in luck. The town plays host to Speight’s Brewery, which has been operating since 1876. Other historical sites include Larnach Castle, Dunedin Railways and Olveston.

For something a little more low-key, I recommend Esplanade Restaurant, which is perched on the beachfront and offers wood-fired pizzas, exceptional pasta and a long list of wines and cocktails.

Slow Down in Sleepy Oamaru

Last on the list is Oamaru, another town renowned for its Victorian architecture, in addition to first-class restaurants, a craft brewery, gold courses and a number of walking and cycling tails.

Oamaru is also home to the world’s smallest penguins, which began nesting in a rock quarry at the edge of Oamaru Harbour in the early 1900s. They’re still there, attracting tourists year in, year out. The town also plays host to Whitestone Cheese, which produces some of the best cheese I’ve ever had the pleasure of eating.

If you’re looking for a quaint harbour town where life moves a little slower, this is the place to be.