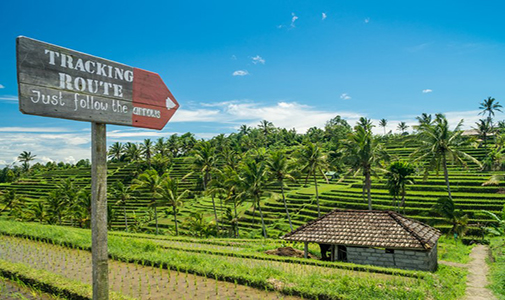 The real Bali is to be found in its people, its glorious scenery, its traditional villages, the arts and crafts, the dance and the music, their architecture and of course, the food. In terms of its culture, I firmly believe Bali to be one of the richest and most beautiful places in the world.

David Attenborough said that it was probably his all-time favourite place on the planet, and although it has changed enormously since he first visited and filmed the island in 1956, (you can see those films on YouTube) it still retains its uniqueness, even while embracing modernity.

It doesn’t matter where you go in Bali, you will see the Balinese carrying out their traditions and rituals as they have always done.

Once you start travelling around the island, you will see life going on as it has been lived for centuries. Buffalo and flocks of ducks clean up the rice paddies before planting. Men harvest coconuts by climbing straight up the trees with no ladders or ropes. Villagers live in their traditional compounds and weave textiles on ancient looms. Dance performances and gamelan music still goes on in the local villages, not just put on for the tourists.

Below is a taste of some of the best areas I have been to see some of these unchanging scenes and where to stay in comfort while you do so.

The Timeless Landscapes of Central Bali

For my 50th birthday, I decided I wanted to see the Jatiluwih Rice Terraces at the foot of Mount Batukaru. This beautiful lush green, terraced panorama has been farmed like this for centuries and covers over 600 hectares. The Subak system of irrigation they use for these terraces dates back at least to the 9th century.

We drove there from Bedugul, where we had rented a lovely wooden cottage (Villa Bukit Bungga) overlooking Lake Bratan. 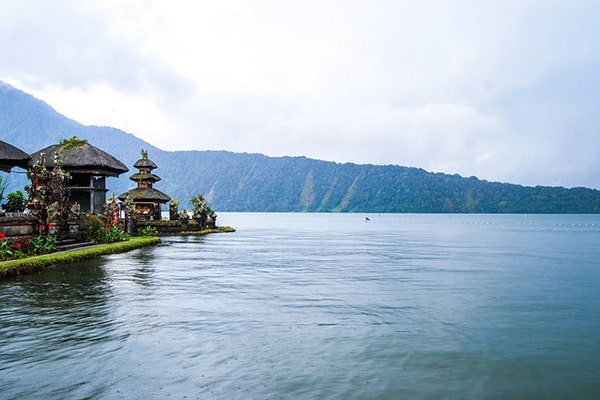 On the way we stopped off at the pretty mountain village of Munduk where you can see as far as Java.

We drove ourselves, but there were tours of people in open top jeeps overtaking us on the road, which looked enormous fun and those vehicles probably coped with some of the potholes better than us in our regular hire car, as we went soon after the rainy season.

After the rice terraces we continued on to the temple Pura Luhur Batukaru—which was deserted—and enjoyed a peaceful stroll around (in sarongs provided for us) listening to the birdsong. 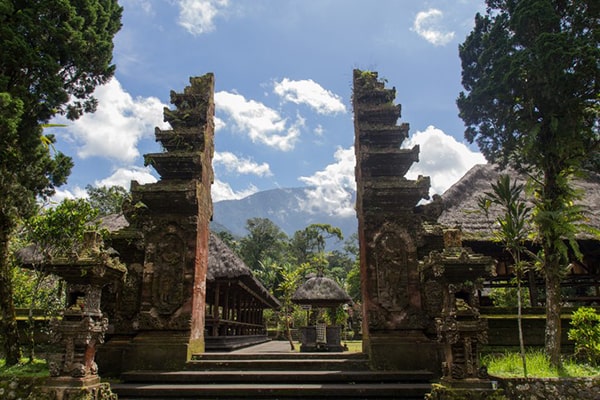 After lunch at the Prana Dewi Mountain Resort hotel, where we had a delicious organic meal from their own gardens and swam in their pool, we drove back to Lake Bratan via Mengwi and the beautiful temple there (Taman Ayum) surrounded by its picturesque water garden.

It was a long day, but full of peaceful and breathtaking scenery and delicious food.

The Beauty and Culture of the West

The south-west of Bali is dominated by hillsides of clove and rubber plantations, cocoa and coffee trees. There are few tourists out there and things haven’t changed much for centuries.

We drove through this area to stay at the Puri Dajuma hotel. This is a luxurious eco-resort at a fraction of the price you would pay in tourist hotspots down south. We were treated to a performance of a rare bamboo gamelan that only exists in this part of Bali while sitting by the ocean enjoying a delicious dinner.

A short drive up into the mountains and you will soon see cloves being harvested from bamboo ladders and plantations on both sides of the road as you drive up into the jungle. You can drive all the way to the north of the island from here, through traditional Balinese village compounds and spectacular scenery.

Further to the west are villages which alternate between Balinese Hindu temples and Muslim villages with their mosques. We drove through some of these villages during Idul Fitri and it was wonderful to see everyone in their traditional costumes walking or riding several to a motorbike or packed into a truck to their respective places of worship carrying laden baskets with offerings of woven grasses and fruit.

A Taste of Village Life in the North

Another spot we stayed was Bondalem, on Bali’s north-east coast. It is a small village about a one-and-a-half hour drive from Amed (below) on the Singaraja road. 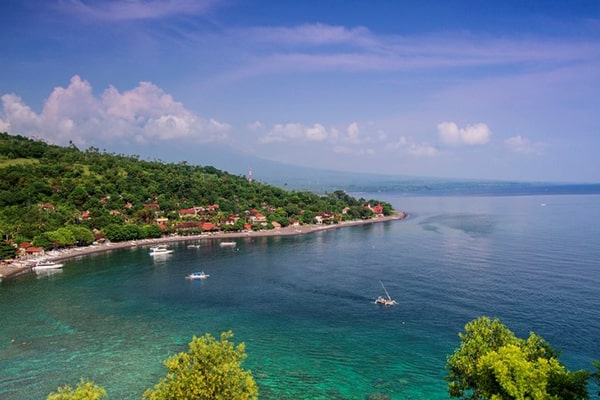 On the drive up from Amed, we stopped off at the Poinciana Resort for lunch and a cool swim in their gorgeous pool surrounded by frangipani trees.

Most hotels in Bali will be happy for you to use their pool if you are having a meal there. We stayed at the Villa Selina in Bondalem, which is an oasis amongst the palm trees right on the dramatic black sand beaches with their fabulous sunrises. As we drove down the track that led to the hotel, there were several Balinese homes with chickens and pigs roaming around. Then we came across the most incredible tree I’d ever seen. Obviously regarded as sacred by the locals, it was being used as a shrine and had offerings placed in it.

Villa Selina is run by an Aussie expat and his Balinese wife, Putu. They are a wonderful couple and have two delightful children and a fabulous Balinese Kintamani dog called Bintang. It is a real haven of peace with a little pool and daybeds dotted around the grounds. At night you sleep in one of the little bungalows soothed by the sound of the sea.

The food cooked by Putu and her staff is some of the best I have ever had in Bali. The fish curry, which we had sitting at a table on the wall next to the ocean, was to die for. In the evening, the temple next door had a gamelan rehearsal. The hotel owners were really apologetic about it, but we adored it and it didn’t go on late. We felt that we were getting an authentic performance just for us.

The following day we went on a trip to the local market, where we were the only tourists. It was a colourful display of chillies and spices, local fruits such as the succulent mangosteens and smelly durians, all kinds of mysterious vegetables, textiles, kitchen items, cheap plastic toys and some local DVDs. The locals were quite bemused by us but really friendly and delighted to sell us a huge bag of limes for about 50 cents. I also bought some toys for my neighbour’s children and a few pieces of fabric to make some dresses. There are also waterfalls nearby, great diving and fishing and you can treat yourself to a massage at the Villa Selina too.