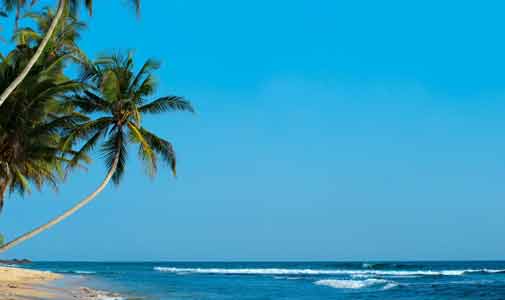 My husband Tim and I have been enjoying a part-time roving retirement for a few years now and the ease with which a country allows us to enter and then extend our stay always gives us an inkling of how welcome we’ll feel. Even though our Australian passports allow us into 157 countries visa-free or with a visa on arrival, extended stays, usually over a month, always require some amount of bureaucracy. Before we even landed in Sri Lanka, our research had told us we’d want to extend. There’s just too much to do and see to limit ourselves to only a month.

Getting permission to enter the country is a simple matter of filling out an online form and paying the equivalent of US$35. Approval of our Electronic Travel Authorisation (ETA) came through in a matter of minutes. We just needed to print it out and present it with our passport to immigration on arrival. So far, I was impressed.

Neither of us likes to leave important travel planning decisions to the last minute, especially those that can impact on your legal status in a foreign country. Extending our visa before departing the capital, Colombo to explore the rest of the island was top of our list of priorities. Expats on social media forums all seemed to agree that getting the extension was easy, but we would need to set aside a whole morning to go through the process. We’ve spent a lot of time in Asia and former British colonies and understand that bureaucratic habits die hard, so none of that advice surprised us.

We prepared ourselves as best we could. In advance. The instructions on the government website are quite clear on the requirements which is always a good sign and we tracked down the application forms beforehand. All you need is a completed Extension of Visa application form, a passport photo, documentation to say you do intend to leave like onward tickets or visas for another country and the ability to produce evidence of funds to support yourself if asked. We also spruced ourselves up. We usually dress very casually while travelling but always make an effort for encounters with officialdom. Physical appearance is of the utmost importance in many countries and we’ve known people to have their visa applications knocked back because they appeared scruffy or unkempt.

The office opens at 8.30 a.m. and accepts applications until 1.30 p.m., so we set out through the rush hour traffic to reach the Department of Immigration and Emigration on Sri Subhuthipura Road, in the outer suburb of Battaramulla, as early as possible. The big surprise for me was the sheer number of people in the visa area, the vast majority of them westerners. It seems we weren’t the only ones wanting to spend more time exploring this island gem. 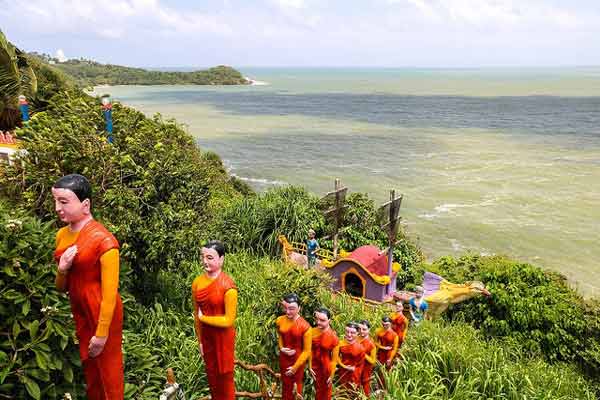 Staying relaxed is the key to surviving any bureaucratic process with your good mood and sense of humour intact and that goes double if you’re in someone else’s country. There’s no point in getting stressed or upset because you have to wait or you feel that things are not logical or could be done better. I like to sit back and observe what’s going on around me and usually discover the way things actually work despite what the official story might be. Smile at people and engage. Everyone has a story and you might just learn something useful. Be polite. Officials right around the world like to put boorish, angry or aggressive people with a sense of superiority in their place but most respond well to a genuine smile and a show of respect. Don’t be that person who gets prevented from getting or doing what they want because of a “technicality”.

In the end, the process was quite straightforward and took almost exactly four hours. Get a number on entry and go to waiting area C. When your number comes up, go to area B and wait for your turn to submit your documentation. Then go to the payment area and wait for your turn to settle your bill. The amount varies for different nationalities and was approximately $38 for us as Australians. After handing over the cash, we moved into the pickup area a short time later we got our passports back with the extension in situ.

There was just one more piece of administrivia to deal with before we could start our discovery tour. Sri Lanka is one of several countries in the world that requires something extra to just a standard International Driver’s Permit (IDP) to legally drive. It’s not a secret but it’s certainly not well advertised, nor something most Aussies would even think about when intending to hire a vehicle in another commonwealth country. At the very least it could cost you a fine. In the event of an accident, not having the right credentials could have disastrous consequences. No insurance company would cover your medical bills if you’re driving illegally and the ramifications if you hurt someone else are too dire to consider. 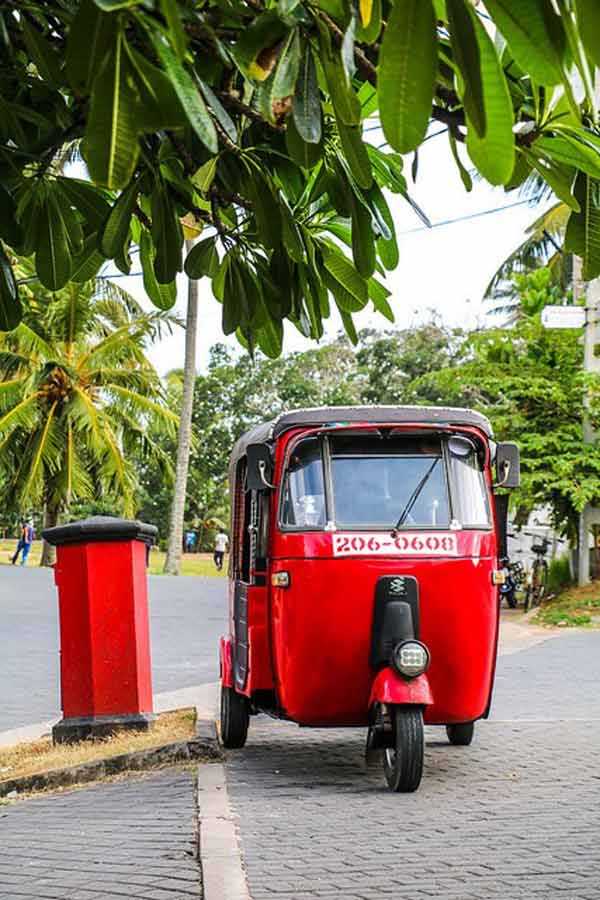 Experience and our penchant for thorough planning for every country we visit, had quickly identified the anomaly along with a 15-minute solution to ensure it didn’t become a problem. Because I had a valid motorcycle and car license in Australia, plus the corresponding IDP, I need only take my paperwork to Sri Lankan Automobile Association (AA) in Colombo to have it validated. I was then free to drive and ride for until my IDP, well and truly after our departure, even if we decided to stay a full six months.

At around $30, it was well worth the effort. Even more so as we witnessed the local police pulling over and fining a whole stream of tourists in several locations on our travels. Is it wrong that I was disappointed not to be questioned so I could show off my exemplary planning skills? The guy we hired our first motorbike from was certainly impressed that I had it. I don’t think he’d ever seen one before.

Of course, having everything in place meant we never even came close to having a problem. There’s much less chance for Murphy’s Law to take effect when you’ve got your bases covered. But that’s what good travel planning’s all about. Understanding what could go wrong and putting in safeguards to make sure that it doesn’t.

High fives and big smiles all round. We were set…. Three months to explore, with the option to extend to six months if we chose. We could legally hire a vehicle which added even more possibilities to our list of planned adventures. It seems Sri Lanka did want us to stay and we were more than happy to oblige.

Sri Lanka Visas: What You Need to Know