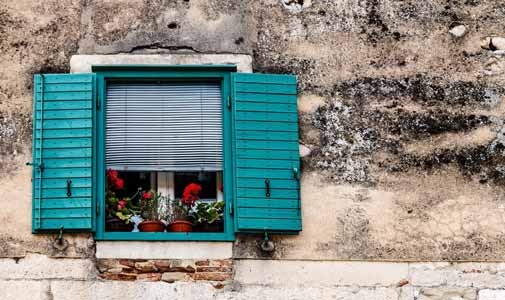 I’ve been traveling full-time, mostly around Europe, for just over six years.

In that time, I’ve bounced around a lot—renting tiny top-floor studios in artistic Parisian neighbourhoods, spacious two-bedroom apartments in the Swiss Alps, even a room in an ancient farmhouse on the sunny southern island of Malta.

In every place, I’ve tracked my spending fastidiously. And I’ve found, to my delight, that my full-time travel lifestyle here in Europe averages somewhere around $2,000 per month—which is less than I expected.

Of course, when it comes to budgets, not all places are created equal. My time in Amsterdam and London was some of the priciest, while places like Bosnia and Herzegovina fall below my average budget and allow me to live like a queen.

So, of all the places I’ve put down temporary roots for a month or two along the way, which came out most affordable? The answers are…

1. Konjic and Mostar, Bosnia and Herzegovina

Konjic (pronounced “cone-yeek”) is a tiny Bosnian town about an hour from Sarajevo in the middle of the mountains. It’s quiet and there’s not much to do, which is nice if you’re looking to sneak away from the crowds for a while.

About an hour south, Mostar is far more popular and well-known. The old town is fairytale charming, with stone bridges arching over a cool river and cobbled streets winding in every direction.

Both towns are incredibly affordable, especially if you stay awhile. In Konjic, my half of the rent (I split it with my partner) was about $650 (total $1,300)—and that was staying in the most expensive apartment in town, a two-bedroom space adjacent to a hotel. Other Airbnb listings were half that much.

In Mostar, my half of the apartment cost about $700 per month (total $1,400), with two bedrooms, a location adjacent to the cute little old town and a balcony overlooking the town.

Located in the northern part of Croatia’s famous Dalmatian Coast, Split is the second largest city in the country. It’s lively and charming, with a 2,000-year-old palace at the centre of the old city and a port area with sweeping views of the bright blue Adriatic Sea.

My full rent—for a small stone studio near the port—was $1,020 per month (keep in mind that summer short-stay prices are higher; my stay was in November) and my total cost for a month in the city, including movie tickets, rides down the coast with my new friends and dinners in seaside restaurants, was $1,793.

Located halfway up the cliffs, below a crumbling ruined fortress and above long stretches of beach, Taormina is a glitzy little city popular with summer cruises.

In love with the idea of sweeping views of the famed Mount Etna and the sea, we rented an expensive apartment—with my half costing about $1,134 (total $2,268)—but my overall spending still came in very low. And it would be easy to find an apartment less steeply priced. Airbnb listings currently start around $922.

My total spending for the month was $1,856, including my half of our splurge-worthy apartment.

Nestled along the edge of a national park with towering Alps just steps away, Kranjska Gora is a popular ski and summer sports town in northern Slovenia. Apartments start around $1,537 per month, but in my experience, owners are up for negotiating for longer stays.

We chose a slightly more expensive place on Lake Jasna just outside town. We fell in love with its cabin-style interior, lake views and wood-burning stove, which kept us toasty every evening that autumn. My half of the rent was $930 (total $1,860), but you could easily find something cheaper.

Half an hour south of Madrid by train, you’ll find the charming walled city of Toledo, built on a hill almost entirely surrounded by a river. The Don Quijote long-distance hiking trail passes through here, as do some of the more discerning tourists. The centre is a jumble of cute cobbled streets and boutique shops and if you climb the hill outside town for about half an hour, you’ll get sweeping views of the whole city.

My visit to Toledo was before I met my partner, so the full expense fell on my shoulders. The good news is that it’s one of the cheapest places I’ve ever been. My rent—in a very pretty apartment overlooking terracotta rooftops and leafy green treetops—was just $730 per month. And my total spending that month was only $1,889.

Why Spain Is My Favourite Place in Europe