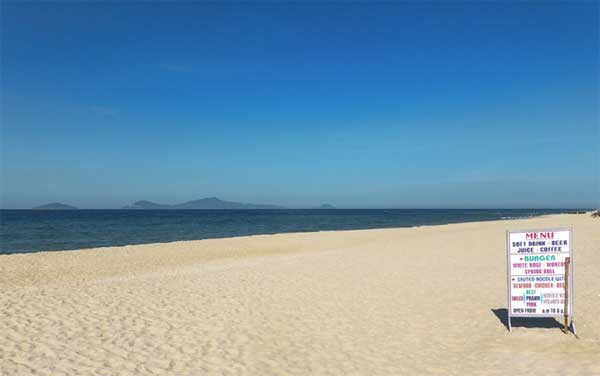 Vietnam is a country that offers an amazing mix of natural beauty and cultural diversity. From the jagged mountain peaks and terraced rice paddies in the far north to the steamy jungles of the Mekong Delta, the thriving cosmopolitan cities to the sleepy, ethnic minority villages, there’s something to satisfy everyone. 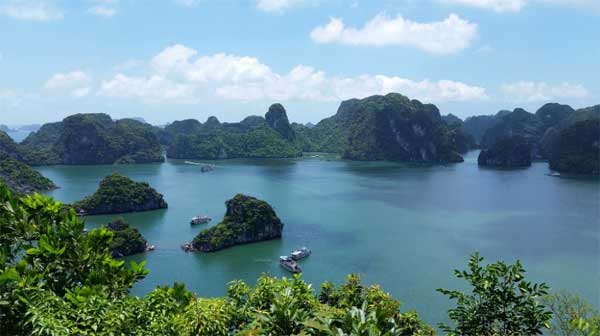 Take an overnight cruise in Halong Bay. You’ll be treated to the sight of hundreds of stunning jungle-topped limestone pinnacles jutting straight up from the water. This spectacular seascape, which consists of more than 2,000 islets, stretches from Vietnam well into China. The scenery is truly breathtaking.

Some of the tiny islands might have a few resident monkeys, but almost none have any human habitation. You might catch a glimpse of a cave or an empty, secluded sandy beach, but many of them are just lonely rock outcroppings with sheer cliffs that plunge into the sea. Sit back in the lounge and relax with a cold drink and your camera. This is Vietnam’s most visited site with good reason. 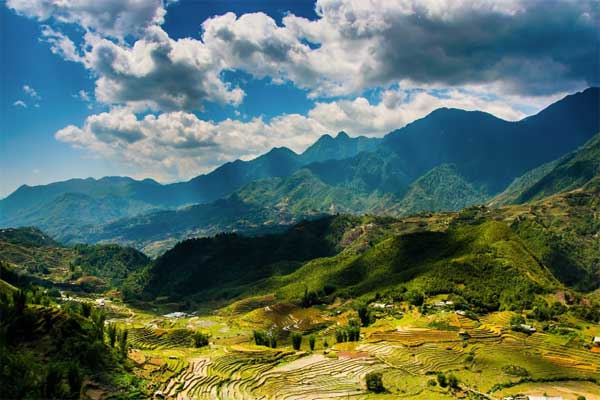 Terraced rice paddies climb from the bottom of the valleys to the top of the mountains around the old French hill station of Sapa. Ethnic minorities, who still dress in the traditional clothing styles that have identified their tribes for generations, live in the hills surrounding the town.

At 1,500 metres, Sapa is Vietnam’s highest city; it’s primarily a market town where the minority people come to trade. You’ll discover stunning waterfalls and the jagged peaks of the Tonkinese Alps. Take a multi-day trek or day hike to remote ethnic villages, or a cable car to the summit of Mount Fansipan, Vietnam’s tallest peak. Whether you choose to stay in a luxury hotel or a humble village home, you’ll be glad you came. 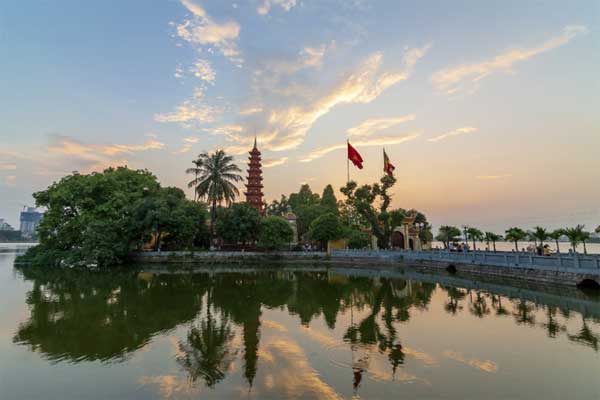 Vietnam’s booming capital city is a feast for the senses. Wander around the Old Quarter, a living open-air museum of Vietnamese and French colonial architecture that has retained its charm over the centuries. Stop at a cafe overlooking picturesque Hoan Kiem Lake in the city centre, browse the busy markets and have cheap and delicious street food and fresh beer at night with the locals. Soak in the scene of a thousand motorbikes, cars, bicycles, pedestrians and vendors all competing for space on Hanoi’s narrow, twisting, tree-lined streets. Immerse yourself in Hanoi, an elegant and sophisticated city, full of charm and tradition, exotic scents, sounds and chaos.

Be sure to visit Hanoi’s highlights: The Grand Opera House, Ba Dinh Square, the Museum of Ethnology and the neo-classical vermillion-coloured Presidential Palace. 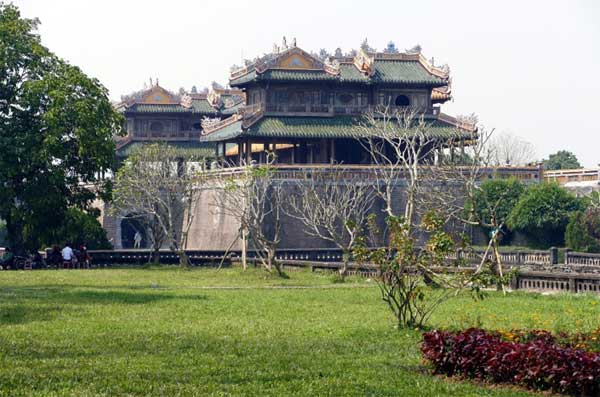 The highlight of Hue is the Imperial City. Modelled after Beijing’s Forbidden City, it was the seat of power for the Nguyen Dynasty lords who controlled southern Vietnam from 1802 until 1945. Thick walls and a broad moat surround the Citadel, which encompasses the Forbidden Purple City where the imperial family resided in luxury. Imposing, intricately decorated stone gates protected temples and residences, many of those are still standing today.

Scattered throughout the countryside surrounding Hue are the tombs of the Nguyen Emperors, where you’ll see palatial temples, lush gardens and tranquil ponds stocked with colourful koi carp. Most of the tombs are built along the broad, peaceful Perfume River. Lonely country roads, verdant rice paddies and pine-forested hills provide a beautiful natural backdrop.

A trip to the Vinh Moc Tunnels is a fascinating experience for all travellers, not just those interested in Vietnam’s history. The tunnels were built between 1965 and 1967 at the former border of the Demilitarized Zone (DMZ), which separated North and South Vietnam at the time. Nearly 2,000 metres of tunnels were excavated by local villagers to protect themselves against bombing during the war.

Around 60 families lived underground in an extensive system that included freshwater wells, kitchens, apartments, even a hospital. Children went to schools in the dark passageways, teenagers fell in love, weddings were celebrated and at least 17 babies were born. The tunnels remained in use until 1972. They are less developed and feel more authentic than the famous Cu Chi tunnels near Saigon. 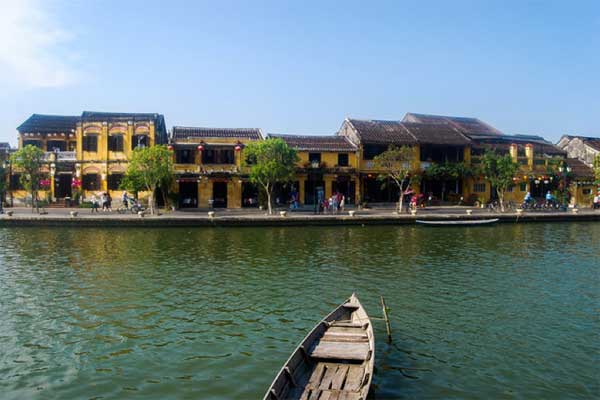 The town of Hoi An—one of a handful of “must-see” destinations on the Southeast Asian grand tour—is a gem set along Vietnam’s central coast. The old downtown is a walking history lesson of the 1600s: a unique mix of perfectly preserved ancient Chinese and Japanese architecture harkening to a time long ago when it was a major trading port. When the Thu Bon River silted up and became too shallow for navigation, Hoi An became a forgotten backwater, remaining almost untouched by changes for the next 200 years. Today, there are nearly 200 intact pagodas, temples, communal houses and ancient tube-shaped homes, two dozen ancient wells and the famous Japanese Bridge. 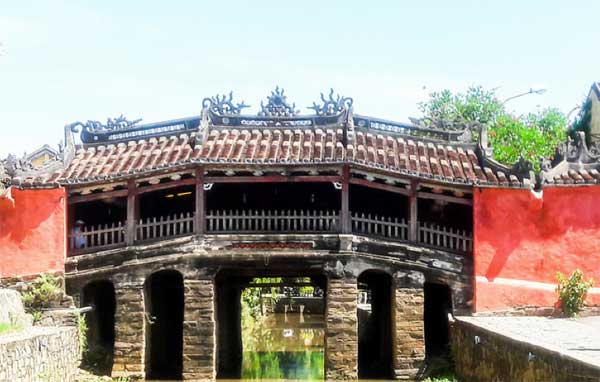 Hoi An is also famous for its beautiful beaches, skilled tailors and outstanding regional cuisine. 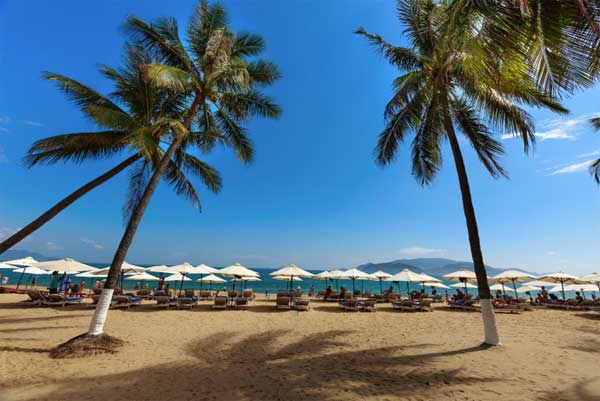 The south-central coastal resort town of Nha Trang is built along one of Southeast Asia’s most beautiful bays. Well-manicured beaches, lush islands, natural hot springs, off-shore reefs, picturesque mountains and a robust restaurant and bar scene all make this one of Vietnam’s premier destinations for sun worshippers. Visiting the ancient Po Nagar Cham Temples, the interesting Alexandre Yersin museum, playing a round of golf or taking the cable car to Hon Tre Island to the Vinpearl Land resort, aquarium and amusement park are pleasant diversions if you want to take a day off from the beach. 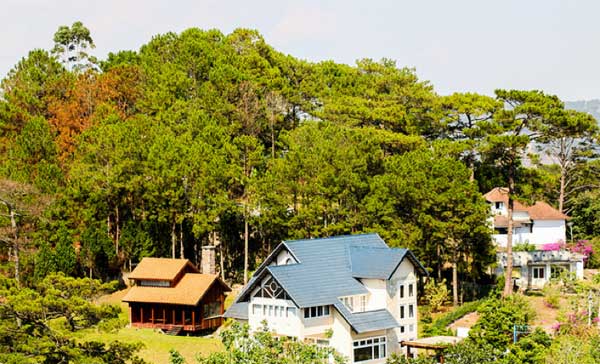 Dalat, in Vietnam’s South Central Highlands, was originally built by the French in the early 19th century as a cool weather retreat. Many of the buildings in the city show that early French art deco style, while others are designed like Swiss chalets.

Dalat is called the City of Eternal Spring—at 1,500 metres in elevation, year-round temperatures are moderate and even a bit chilly, which makes it a popular destination for people seeking relief from the heat of the coastal lowlands. It’s surrounded by pine trees and flower farms, waterfalls and lakes, and is known for growing the best produce—strawberries, mulberries, avocados, grapes and coffee—in Vietnam. You’ll find all that and more at Dalat’s busy central market. It’s a charming town, but be sure to take in some of the surrounding countryside, too. 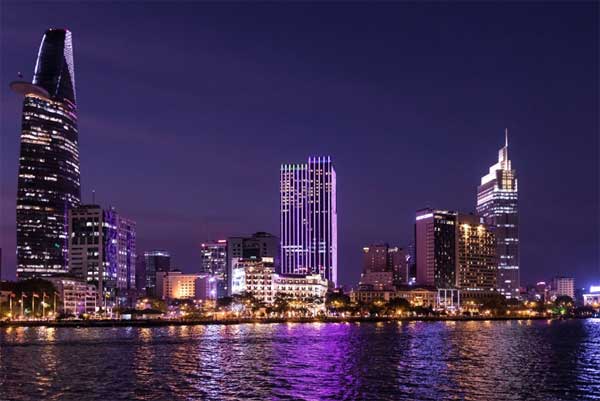 Ho Chi Minh City (HCMC) is a sprawling metropolis of business and industry, skyscrapers and malls. It’s a chaotic whirl of hyperactivity and hope that starts at dawn and continues into the wee hours of the morning. HCMC is the commercial hub of the country; you’ll find the best shopping, the choicest boutiques, the most luxurious hotels, the largest markets and an endless procession of street stalls here.

This is a city with lively pedestrian-only streets where you can see and be seen; a city where graceful women dressed in traditional ao dai’s welcome you into magnificent French Colonial villas for intimate gourmet meals. Add in the roar of a few million motorbikes and cars, incense-infused temples and serene parks; it’s easy to get caught up in the pandemonium that makes HCMC a city that refuses to be ignored. 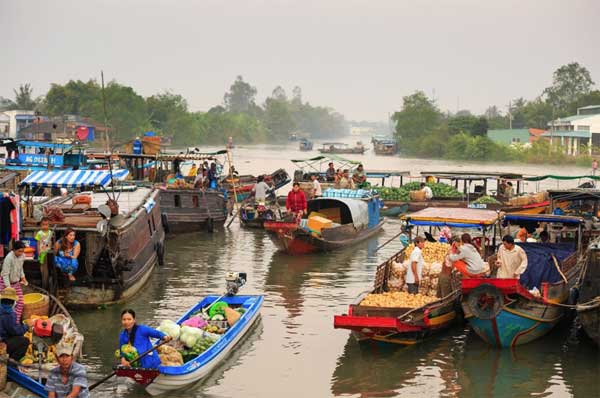 The mighty Mekong River completes its 4,350-kilometre journey from the heights of the Tibetan Plateau in the low-lying coastal plains of southern Vietnam. The delta is a maze of streams and canals fed by the Mekong River, dotted with rice paddy fields, mangrove forests, colourful floating markets and small villages. Boat trips ferry visitors to the fruit orchards, rice paddies, fish farms, mangrove forests, bird sanctuaries and nature reserves, often stopping at tiny, quaint villages along the way where the simple lifestyle of the local people is on display.