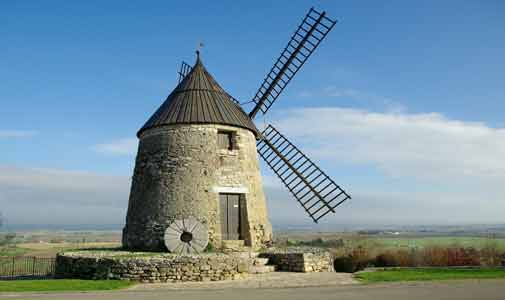 When people think of the south of France, amongst the first places that come to mind are destinations like Provence, Carcassonne, Nice and the Côte d’Azur (French Riviera).

Indeed, they are all beautiful and you should put them on your bucket list to visit…but would you really want to retire there? As tourist hotspots, they’re expensive and choked with people for much of the year. They provide for tourists rather than let you enjoy a real French experience.

So here’s the lowdown on three towns in Southern France of which you may not have heard but which provide the main things you want as a retiree. Those are: Affordability when it comes to property purchase or rental; Access to top level health care and good transport links to ensure you can easily get to those places on your bucket list: And, of course, a mild climate to enjoy your retirement. 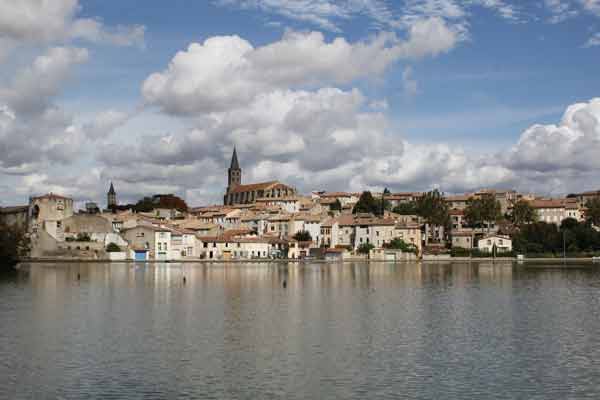 Castelnaudary is a town in the Aude region is the smallest of our selection, with only 10,000 inhabitants. Situated about half-way between Toulouse and the popular tourist destination of Carcassonne it is also the home of the famous French dish cassoulet (a rich, slow-cooked casserole containing meat and white beans).

You’ll find all the things you expect from a traditional French town here, including outdoor cafes, boulangeries for your morning baguette and quirky back streets. It has a full range of services with plenty of big supermarkets, a weekly market, doctors, dentists, pharmacies, a cinema and even a McDonald’s on the outskirts if you’re so inclined. Chances are you won’t be as there are nearly 50 restaurants most of which serve cassoulet. One of our favourites (my wife Lorraine and I live about 20 kilometres away and often do our shopping there) is the aptly named Maison du Cassoulet where you can get a decent feed for two people for under €50 (around $78).

There are beautiful cycling paths and walks through the ancient narrow streets, along the banks of the 17th century canal and around Le Grand Bassin, a lake in the middle of town.

Of course, there are plenty of boat tours up and down the canal which reaches its highest point by a series of locks not far from the town. If you are into boating, they can be bought or hired for longer holidays.

Castelnaudary is surrounded by lush farmland from which you can see spectacular vistas of the snow-capped Pyrenees mountains to the south. Andorra—and its plethora of ski resorts—is only a couple of hours easy drive.

Castelnaudary also has a railway station with regular services to Toulouse and Carcassonne which both have international airports. Toulouse also has TGV (very fast train) connections to Paris and other French cities.

Property is also good value here and while not as cheap as central France is still a bargain compared to Australia. Because it’s a small town, rental accommodation is limited but there are places available upwards of €600 ($950) a month.

There are a vast variety of homes for sale from small village houses to more substantial rural properties. I spotted a charming three-bedroom renovated home with a courtyard garden and garage in the heart of the town for €162,500. Plenty of room for visiting family and friends. 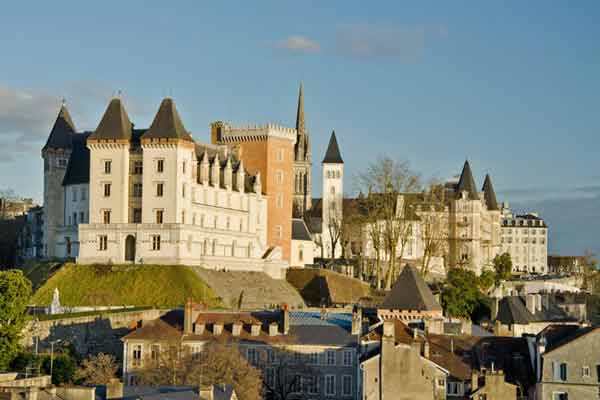 Pau (pronounced “poe”) has it all. If you are looking for a retirement option which really delivers, consider this beautiful French city of 80,000 inhabitants a few kilometres from the Spanish border.

Pau features wet mild winters with warm mild summers. In summer the average temperature is 20 to 30 C, while in winter you can expect around 12 C. You see why European nobility flocked to the city in the 19th and early 20th centuries for their holidays.

The nearest ski resorts are only 45 minutes’ drive or you can be at an Atlantic beach in an hour.

If skiing and swimming aren’t your thing, Pau has easy access to hiking and climbing and of course cycling. The city is also is second to only Paris when it comes to hosting stages of the Tour de France.

The city is home to Pau Golf Club the first 18-hole golf course created in Europe which you can still play today. It has a Victorian style clubhouse with a distinctly British atmosphere.

My wife Lorraine and I spent several days in Pau attending a four-star equestrian event—one of the best events in Europe—which gave us the opportunity of exploring the city.

There is a racecourse, swimming pool, tennis court and facilities which cater to every sport.

Pau has an abundance of cultural facilities including museums, theatres, cinemas which host events and festivals around the year.

It has more than 160 restaurants so there will be something to suit everyone including those specialising in local cuisine. The area is famous for garbure, a soup made from cabbage, beans, confit of goose and ham or bacon. There are many variations, so try them all.

It would not be France without a local wine and Pau is famous for Jurançon which is produced in only 25 towns and villages. The moelleux (sweet) white wine is the most famous, however they also produce a dry one.

But when it comes to retirement it is also good to know Pau has an excellent hospital and other health facilities, an airport with connecting flights around the world and TGV (Train Grand Vitesse) trains to take you to places like Paris, Bordeaux and Toulouse.

You will find that property prices are very reasonable when compared to Australia, but by French standards are higher than those of cities of similar size.

As Pau is a university city, buy-to-let apartments—especially one-room studio flats—are popular investments but that also means there are plenty of rental properties available. Expect to pay €1,000 ($1,580) a month, plus.

You will find that Pau is slightly cheaper to buy than farther east, close to the Mediterranean coast. You can expect to pay around €200,000 ($315,822) for a terrific renovated place. One that took my fancy, although it needed a refresh, was a six bedroom, three-storey maison de maitre 15 minutes from the centre of Pau on half an acre of land with spectacular views of the Pyrenees. Imagine what this would cost you in Australia! 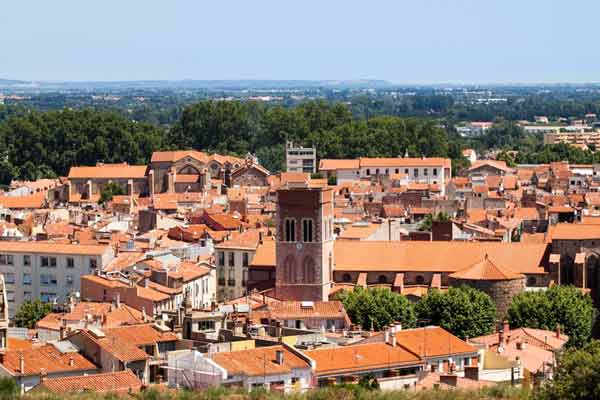 Perpignan is about as far south as you can go in France and, with a population of just under 120,000, it has a distinctly Spanish influence.

Its population is mainly French Catalan, with street signs in both French and Catalan. In fact, it was the capital of the Kingdom of Majorca during the 13th century and, south of the old town, the huge Gothic and Romanesque Palace of the Kings of Majorca has ramparts with views to the coast.

It has a Mediterranean climate with average temperatures in summer around the high 20s C and mild winters with an average maximum in the mid to low teens C. There is the chance of a few snow flurries in winter, but these are few and far between.

Spain is a few kilometres away with access to the Costa Brava, with Barcelona only two hours away on great motorways. As both France and Spain are signatories to the Schengen Agreement, there are no border checks, so the only way you know you are in a new country is when the road signs switch to Spanish.

Last year, the UK Telegraph newspaper called Perpignan: “The thinking person’s alternative to the French Riviera” and “the most underrated city in France.” High praise and good reasons for putting it on your list of potential retirement destinations.

The Spanish artist Salvador Dali referred to Perpignan station as “the centre of the universe” after what he described as “a vision of cosmogonic ecstasy” in 1964. Dali’s own gallery, a stunning converted theatre worth a visit is in Figueres, Spain, is an easy 45-minute drive.

Perpignan has all the services you would expect in a city this size, including a small international airport. It has modern sports facilities catering for all ages and abilities.

Like many places in southern France, Rugby Union is the most popular winter sport and it also has a respected Rugby League team which attracts big crowds when playing against English club sides.

Property values in the town itself are reasonable and I’ve seen a split-level, one-bedroom apartment in the middle of town for €138,000 ($217,884). However, there are plenty of small towns and villages within a few minutes’ drive where you can get a three-bedroom renovated house with garden for around €160,000 ($252,633).

There are some terrific real estate bargains in and around Perpignan. A three-bedroom apartment with underground parking can be had for €165,000 ($260,513).

The French love a bargain and a good haggle over prices. Do not hesitate in making a very low offer when you come to buy. Nobody will be offended…and you may be pleasantly surprised when you get a bargain.

An Insider’s Guide to Rennes, France

Do Australians Need A Visa for France?