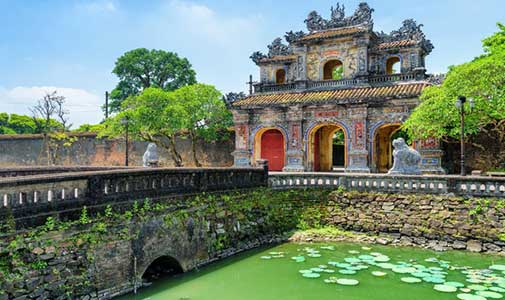 Let me begin by stating, there is no definitive measure of how friendly an entire country is or how it would be gauged against other countries. This can only be a list based on the personal experiences of my wife Sharyn and I, and, of course, only includes countries we have actually visited.

But, having been to over 130 countries, we have had the opportunity to experience the hospitality of many of the world’s peoples and it’s the people who nearly always make or break a place for you. How you are perceived and treated by these people depends on how you behave and how much respect you show for their cultures so everyone’s list would differ from ours based on your own personal experience. 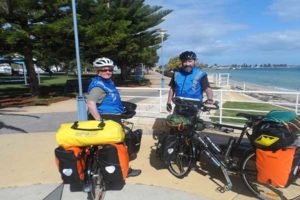 Sharyn and Tim have explored 130 of the world’s 195 countries. © Sharyn Nilsen

That said, here’s, in no particular order, is our list of the friendliest countries we have had the pleasure to visit… 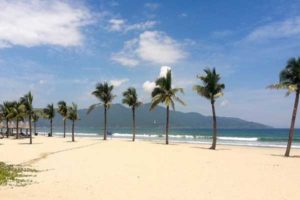 A personal favourite of ours, we have spent considerable time in Vietnam both living and working there. From the time of our first visit back in the mid-‘90s to our last visit in January/February 2019, we have always found her people warm and engaging and with a wicked sense of humour.

Most of our experience has been in Ho Chi Minh City (HCMC/Saigon) in the tropical south of the country. Here the urban culture is far removed from the rustic countryside you see as you pass through the endless rice paddies heading north. With a higher number of English speakers to engage with, a visit to HCMC will connect you to the locals and their culture much faster than many other places.

It’s this willingness to engage with visitors that endear the Vietnamese to us the most. Regardless of whether we’ve found ourselves in the cities or in the rural areas, the gregarious locals have always been warm and welcoming.

The States is an excellent example of sharing our own personal experiences of hospitality in a foreign land. For us at least, this was certainly not the country the world media portrays almost every day on your televisions. I think how Americans treat each other maybe entirely different than how they treat two curious, visitors from outback Australia traversing their country on bicycles. 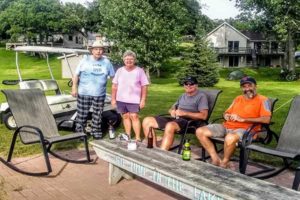 Relaxing with newfound friends on our U.S. cycling adventure.

The hospitality shown to us during our epic ride across this vast land was remarkable, especially in the tiny towns of the grain belt in the mid-west. We quickly realised that Australia was still one of the “flavours of the month”, but hardly anyone had actually met one, especially out in these remote townships. We were regularly bought beers in the bars and even meals in diners. People offered us everything from water to ice cream or a lift in the back of their pickup trucks. Young people were so polite and respectful and called us “Sir” or “Madam” and regularly stood aside and opened doors for us. We felt like we had drifted back in time into an old cowboy movie. 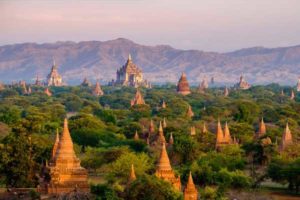 We visited the land of pagodas back in 2011, a country where a Buddhist monk is regarded more highly than a politician. Untouched by mass tourism, at the time of visiting, the military government still ruled with an iron fist, democratic elections were yet but a dream and sanctions were crippling the economy and its people. We never expected, as foreigners, to get a warm reception from such a repressed people.

But a warm reception we did indeed receive. In fact, the people were more than happy to see us and know that the outside world hadn’t given up on them. Smiling faces greeted us wherever we went, smiles that were almost impossibly photogenic. People regularly posed for photos with and for us, it had never been so easy for us to capture the essence of a country than here.

Apart from the welcoming Buddhist culture and their traditional values, people’s ability to speak and understand English made communication and our experience so much richer.

Kathmandu is a smallish city with rambling, dusty streets. People here are well versed with tourism, especially in the trekking season. Its population is quite diverse but most practice Hinduism and Buddhism and visitors are warmly received.

Nepal is trekking central and as you ascend out of the Kathmandu Valley, you see less and less city folk. Up higher you begin to see the Sherpa people of Nepal. A very hardy people, they live at altitudes that have very little oxygen.

As we arrived in Nepal in the shoulder season, there were hardly any other tourists around, so we hired a guide and headed to the Mount Everest region. The place was still thick with snow and ice and we found ourselves surrounded by stunning vistas… 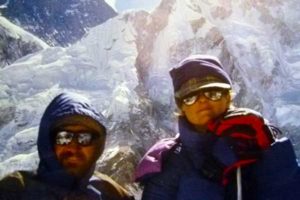 Our local guide, Lakpah, took us around the area for a month and we got to meet his family and friends and enjoy some wonderful hospitality. We were invited into people’s houses to eat and drink and even to sleep. The generosity was truly humbling.

We spent three weeks in Iran as part of our independent backpacking trip across The Silk Road. It’s no news to anyone that Iran receives a fair bit of bad press in the Western media. So, to put it in our list of the friendliest countries is to blow away some unfounded misconceptions that people have. 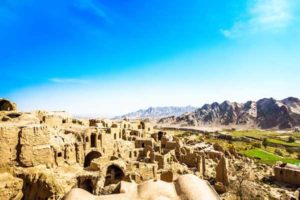 Standing out clearly as Westerners in this most Islamic of countries, far from fearing for our safety or feeling uncomfortable, we were greeted with open arms and beaming smiles everywhere we went. Surprisingly, there’s a lot of English spoken, so that made it much easier to make a connection with the locals and enjoy their hospitality.

From the very start, people asked us what we thought of Iran. They are concerned about what foreigners think about them and how they are perceived. After our experience of the country and its people, I’d have to say it’s one of the friendliest countries we have visited and I wouldn’t hesitate to recommend it to anyone.

The first time we visited Turkey in the mid ‘90s, we entered via Syria from the east and made our way around the Mediterranean Coast to Istanbul. Travelling independently, we had to deal with the locals for food, drink and transport every day. Not once did we have a problem with anyone as we were warmly received everywhere we went. 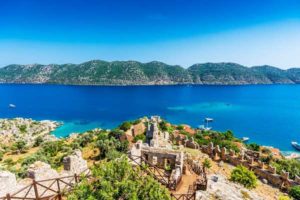 People who spoke English would take the time to explain about what you were eating or what you should do or see or even just how to find the bus station. They would even show us how to save money by eating in small, local cafes and recommending places to stay. The fact that you were interested enough to visit their town or village was a constant source of pride for them, as well as appreciating the fact that you’d be contributing to the tiny, local economy.

Since then, we have been back three times, and hopefully, we’ll return someday again. 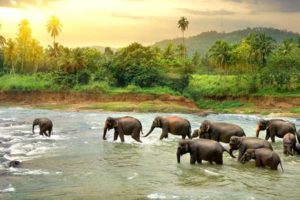 We were fortunate enough to have spent 10 weeks touring around in Sri Lanka at the beginning of 2018. The predominantly Buddhist Sinhalese are extremely kind and outgoing people.

Getting about in the frenetic and congested capital, Colombo, can be pretty stressful, but there was no evidence whatsoever of anyone getting angry or upset. Road rules are seemingly non-existent, but there was no road rage. The people exuded great karma, which in turn resulted in a beautiful and enriching experience throughout the country.

Being once a British colony, English is widely spoken. This combined with their welcoming natures means you can really appreciate the friendliness expressed here. If you know the slightest thing about cricket, you’ll be soon enthusiastically engaged in a conversation. Their love of the game is embedded deep into their culture and you can’t go wrong brushing up on some facts before you leave home. 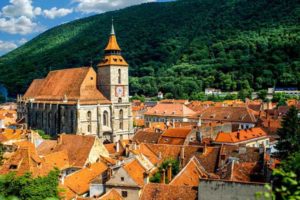 The nation which brought you Dracula was another country that left us pleasantly surprised. Far from the crumbling communist architecture and the drab eastern European streets we have experienced in other nearby countries, urban Romania has a colourful and energetic feel, while in the more rural areas people were always happy to help us out with our questions.

We entered Romania on a bicycle trip and got to experience local hospitality first hand. In Iasi, a university town, we were shown around the sights by a young couple who were obviously very proud of where they lived. They gave us a bed for three nights and cooked for us as well. We were so grateful for the experience.

In Roman, a small city north of Bucharest, we were treated to free beers at a local pub all night. The publican and his friends refused to take our money. We stayed at one of their houses and one of the girls led us in and out of town along quieter streets. We still keep in contact with them today. 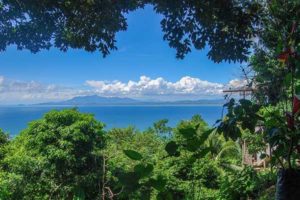 We have returned several times to Malaysia over the years and always found it to be a super friendly place. I think the fact that so many people speak English is, once again, an advantage in being able to show your hospitality to the largest number of visitors.

I think too that the cultural diversity here also contributes to the overall friendliness you encounter once here. The fact that Malay, Indian and Chinese cultures all live harmoniously side by side in this Islamic state, clearly underpins a society that gets along together. This “good-naturedness” is reflected in the way they treat visitors to their country.

We’ve found the people we’ve met to be openly friendly, honest and helpful and at the ready to lend a hand. Taxi drivers, restaurant staff and officials are always chatty and keen to learn more about where you’re from and what you think of their country. This makes getting about as a visitor an enjoyable experience.

Of course, there are other countries I’d like to mention, but for an overall friendly experience, you can’t go past the countries I’ve mentioned above. Keep in mind, if you project a friendly appearance yourself, learn a greeting or two and respect the local culture, you’re much more likely to enjoy the warmth and hospitality of the locals and make your visit to their country a memorable experience for all the right reasons.

Retiring in Thailand: Everything You Need to Know

Everything You Need to Know about Vietnam