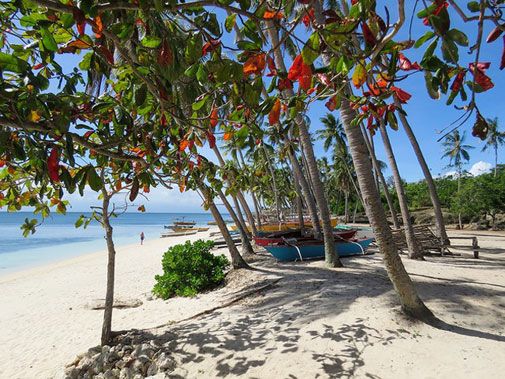 Set in the western Pacific, east of Vietnam and the South China Sea, the Philippines is an ethnically diverse archipelago of over 7,600 islands of which there are three major island groups; Luzon, Visayas and Mindanao. Of all these islands only about 2,000 are inhabited and many are still yet to be named.

Historically, the islands were first reached by peoples from Sumatra and Borneo some 30,000 years ago, followed by Malays, Han Chinese and eventually the Spanish. Ferdinand Magellan claimed the Philippines in 1521 for Spain, spreading Catholicism across the islands. 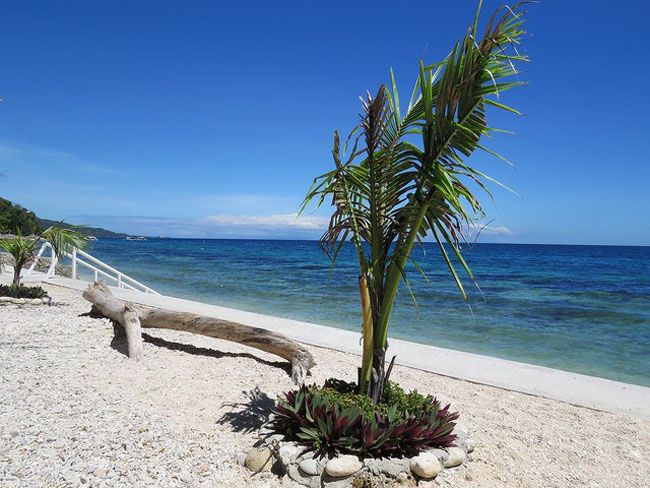 Catholic: 82.9% (due to Spanish colonisation)

Other: 7% (Some islands still practise Animism)

Official: Filipino (based on Tagalog) and English

As English is taught in schools, it is widely understood. English is used for commerce, broadcast media, the medical industry, government and education.

Literacy: 96.3% of the total population (over 15 years old) can read and write. (Source: CIA Factbook) 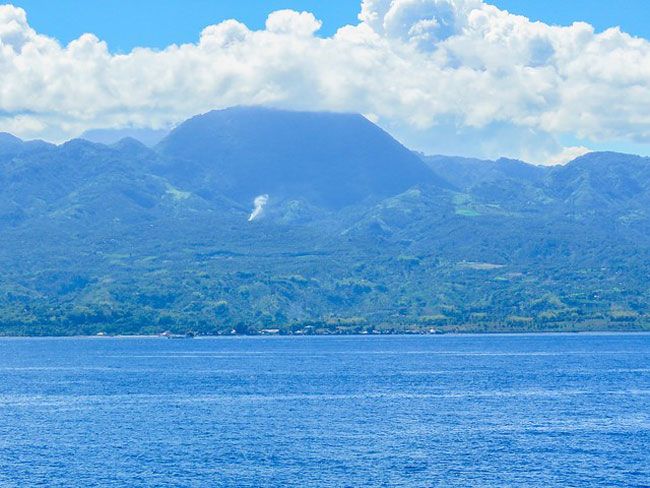 The Philippines are a tropical, monsoonal archipelago with an average yearly temperature of 26.5 C. From November to April is the Dry Season and May to October is the Wet Season. May is the warmest month, January is the coolest. 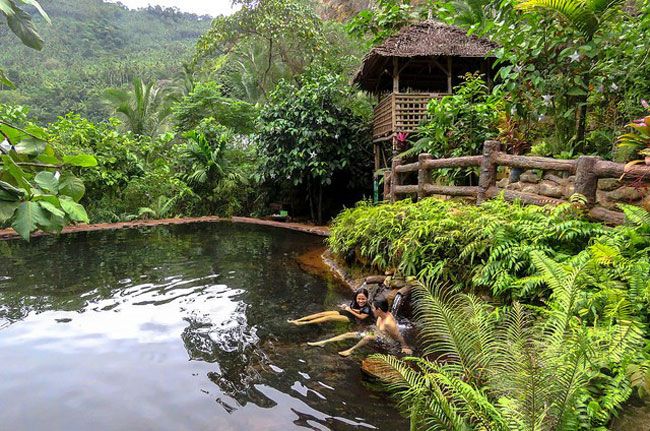 As culturally and ethnically diverse as the Filipinos are and for of all the various customs and traditions they follow, none are stronger than the bond of family.

Close family ties encompass the extended family of uncles, aunts and cousins, much like in other parts of Southeast Asia. Most Filipinos choose to live close to each other and often whole villages can be related.

Filipino children stay with their families as long as possible and it is common for members of the same family to work for the same company. Businesses will often give preference to other members of the family when hiring.

Filipinos have a strong respect for their parents and elders. Women are also highly respected in society as chivalry is taught and practised. 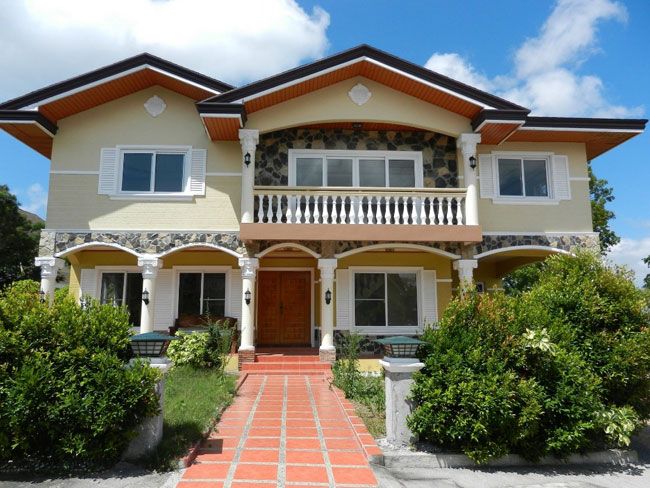 Moving into a new house? To ensure good luck, the homeowner must throw some coins in when he opens the front door and the first thing brought into the house is uncooked rice.

When visiting someone’s house, you must wait to be asked before entering and stand until you are invited to sit. 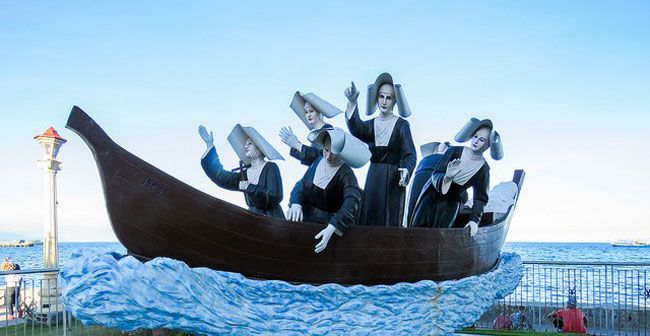 Religious customs include having a statue of Jesus or Mary (or both). They must be facing the front door to greet visitors to the house. When building a house with stairs, 13 stairs is considered bad luck as it is the number of Judas!

Most Filipino homes have altars where the family prays before going to bed. The family that prays together stays together!

If someone is publicly embarrassed, criticised or does not live up to expectations, they feel shame or loss of self-esteem. Not only for themselves, but for their families as well. This “loss of face” is an important motivating factor in daily life for most Filipinos.

When greeting a group of Filipinos, it is polite to greet the eldest first with a handshake and a smile. Use their title (Mr/Ms etc.) with their surnames until invited to do otherwise.

You may see some locals greeting each other by touching cheeks. This custom is called “beso”, derived from the Spanish word for “kiss”. A single beso is the usual practice, but a double “beso beso” is used for more familiar or affectionate relationships (think family gatherings). It is done male to female or female to female, never male to male.

Filipinos generally don’t do small talk. “How are you?” will inevitably lead to a more extended dialogue than you were expecting.

The giving of gifts is especially popular in the Filipino business and social cultures. If invited to someone’s home, bring flowers or food (chocolates or candy are good choices). Avoid bringing alcohol or anything to suggest the hospitality is below par.

If you’ve just signed a contract, gifts could include dinner at a good restaurant, whiskey for men or perfume for women.

A gift related to your home country will always be appreciated.

When you receive a gift, don’t open it in front of the giver, wait until you are alone.

Filipinos have a healthy appetite and dining with them requires a number of protocols to be observed. Firstly, you will often be greeted with, “have you eaten yet?” or “let’s eat”, whether it be in the office, in public or at their home. As it would be impolite to decline, this invariably ends up with a meal of some kind.

If you are invited out for a meal with Filipinos, meals will be ordered to share with everyone. Wait at first to be told where to sit. If you’re the first to receive food, refuse it politely and offer it to the others first. If you’re offered a second time, take a portion. Never take the last portion. Leave it, as custom dictates; it probably won’t get touched!

If invited to a party, arrive 30 minutes late. Dress smartly and compliment the hostess (although don’t call her the hostess—in the Philippines this has a very different meaning!). It’s always a good idea to send a thank you card after the event.

If you invited someone to dinner, it is generally accepted that you will pay the bill. 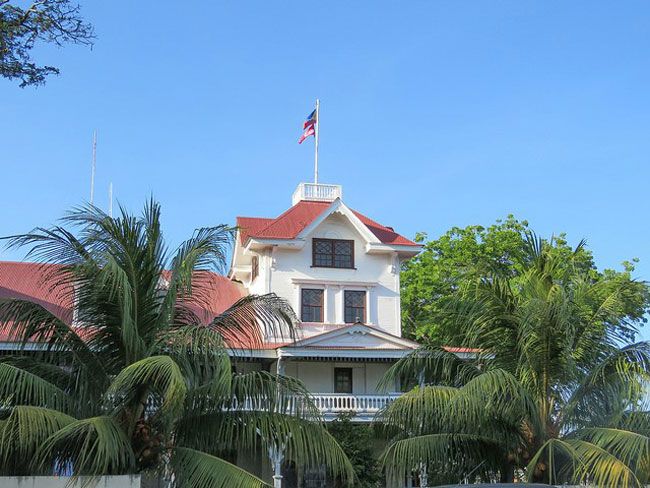 When doing business in the Philippines, some practices may not be familiar or logical to you.

Firstly, Filipino employees generally accept the hierarchy in companies as well as being told what to do by their superiors, regardless of what they think. They also refer to their boss as “sir” or “ma’am”. In larger, Western companies employees will act more equally, but may still address you as such out of respect.

A good relationship with the employees is still expected as interpersonal relationships are highly valued, and positive reinforcement gets a good response. Because of the concept of “Hiya” (shame, see above), Filipinos will find constructive criticism hard to deal with as they are conscious not to lose face, especially in front to peers, colleagues or their superiors.

Networking and interpersonal relationships are paramount in the Philippines business sector. It is best to build up business associates by using a third party for introductions.

Appointments should be made well in advance (two weeks or more) and reconfirmed a few days before the meeting. Dress conservatively and have a business card to offer. Cards are presented and received using both hands.

When negotiating, never raise your voice or lose your temper, this will only cause you to lose face and respect.

As food is such an essential part of the culture, business meetings are often held over meals. The person who initiated the meeting is expected to pay for everyone.

Filipinos are notoriously unpunctual and may arrive up to half an hour late. However, make a good impression and arrive on time yourself.

My 3 Favourite Islands in the Philippines

Dumaguete: A Retirement Haven in the Philippines

Cost of Living in the Philippines