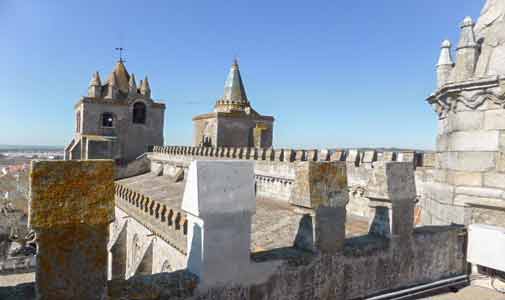 Portugal is a predominantly Roman Catholic country with a close-knit family ethic. Its rich culture results from many influences, including Celtic, Lusitanian, Phoenician, Germanic, Visigoth, Viking, Sephardic Jewish and Moorish. In recent decades, the country has undergone a renaissance in the arts and the cities of Lisbon, Porto and Guimarães have all been designated European Capitals of Culture.

The Portuguese have a deep-seated appreciation of art. Cities like the capital of Lisbon, the “second city” of Porto, Braga, Guimarães and the university town of Coimbra feature many museums. Smaller municipalities have their own collections. Unless it is the tiniest village, there is always an area designated for local art exhibitions. Often this might be in, or close to, the Câmera Municipal, City Hall.

Looking for a trendy art gallery? Look no further than Arte AFK, located north of Lisbon city centre, which focuses on painting and photography. The gallery showcases national and international artists, both established and emerging.

Portuguese literature developed in the 12th century from the lyrical works of men like “the Poet King” Dom Denis, who wrote mostly from oral traditions which were sung by troubadours.

Luís Vaz de Camões, a 16th-century poet, is considered Portugal’s greatest poet. His work, especially the epic Os Lusiadas, has been compared to that of Shakespeare, Homer and Virgil.

Closer to the present, Fernando Pessoa is one of the most influential literary figures of the 20th century and in 1998, José Saramago was awarded the Nobel Prize for literature.

Insider Tip: If you’re a reader, don’t miss Lello bookstore in Porto with its magnificent staircase (no photos permitted) and hit Parque Eduardo VI in June when the Lisbon Book Fair is held.

Portugal never developed a great dramatic theatre tradition due primarily to the fact that the Portuguese are more passionate about lyric or humorous works than dramatic art. During the 20th century, theatre reached the middle class through Revista, a form of cartoonish theatre exposing social and political issues.

Fado and folk music and dancing are Portugal’s most important forms of musical expression. In fact, fado is on the UNESCO Intangible Cultural Heritage List. Translating to “destiny” or “fate,” it is characterised by mournful tunes and lyrics, often about the sea, and is linked to the concept of saudade, a word connoting homesickness, longing and nostalgia.

Two main varieties exist. Lisbon’s style is more popular and applauded by clapping, while Coimbra’s is more refined. To show appreciation, only a discreet clearing of the throat is appropriate. The importance of fado is confirmed by the fact that on the death in 1999 of Amália Rodrigues, the “Queen of Fado,” three days of national mourning were declared. 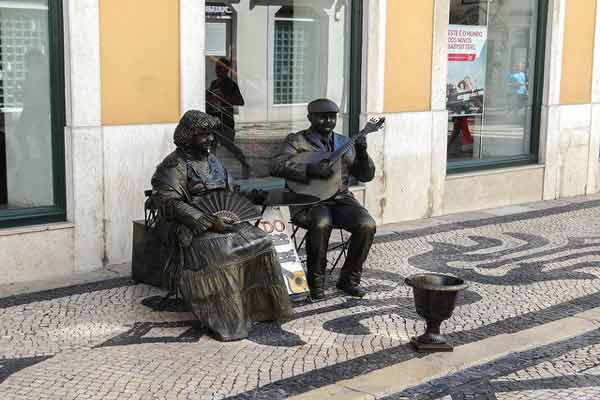 Even the smallest town in Portugal has a square, often by the church, for presentations of regional folklórico. Participants in colourful dress sing traditional songs and perform time-honoured dances accompanied by instruments such as guitar, mandolin, bagpipes, accordion, violin and drums.

The corridinho from the southern Algarve hints of America’s Old West in form and sound, while in the northern Minho, the viro would be at home in an Oktoberfest celebration. In the northeastern region known as Trás-os-Montes, the dancers of Miranda, known as Pauliteiros, perform an ancient ritual weapon dance using sticks—in very civilised fashion, of course. 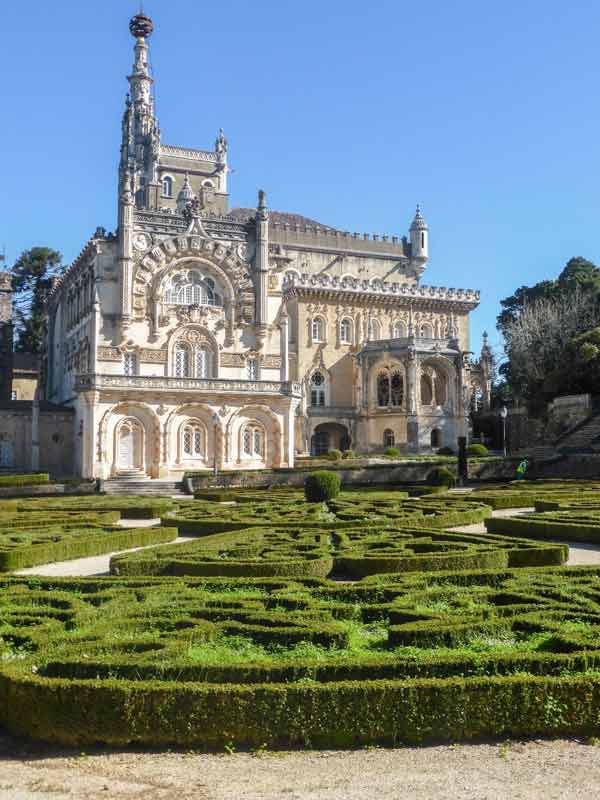 One example from Portuguese-Galician tradition, is that of mouras encantadas, shapeshifting magical maidens who guard rivers, bridges, wells, caves and castles. Held captive under a spell by occult power, they promise to reward anyone who can free them.

In a discussion of Portuguese food, the starting point must be bacalhau, the salted cod that has been a focus of the country’s diet for centuries. Other popular fish selections include sardines, lobster, prawn, octopus, eel, dorado and robalo. 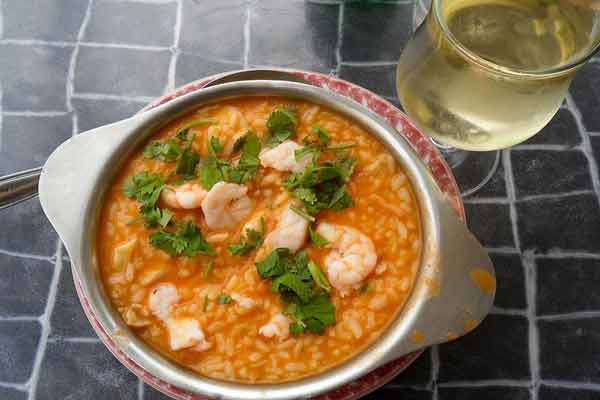 Pork, especially roasted suckling pig, is hugely popular, as is goat and, depending on the region, certain game meats. For the tamer taste, beef, turkey and chicken are prevalent.

Complementing meat or fish in a meal are usually both rice and potatoes plus a mixed salad of lettuce, tomato and sliced onions. Vegetables include cabbage, kale, escarole and green beans, although you’re more likely to come across these puréed with carrots and potatoes resulting in the ubiquitous sopa de legumas that precedes most lunches and dinners. There will always be a bowl of olives on the table to start, as well. 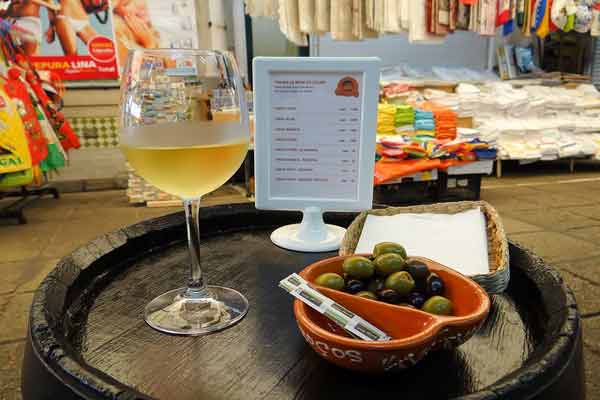 Eggs are a staple as is cheese, whether from cows, goats or sheep. The national snack is the custard treat, pastel de nata, and rice pudding topped with cinnamon is a favourite dessert.

Soccer, futebol, is the most popular sport in Portugal. The oldest club, Boavista, after the Porto neighbourhood of the same name, was founded in 1903. Sporting and Benfica are the rivals in Lisbon, and there are other clubs throughout the country.

A national team exists as well, ranked 3rd in 2017 behind Germany and Brazil, out of 206 countries by FIFA, the sport’s governing agency. The legendary Eusébio is still a symbol of Portuguese football, but these days Cristiano Ronaldo is in the limelight.

There are some, not many, bullrings in Portugal. Interest in bullfighting varies from region to region, and nothing like in Hemingway’s Spain.

From early in the morning until late at night, the Portuguese can be found sipping coffee at their local café. 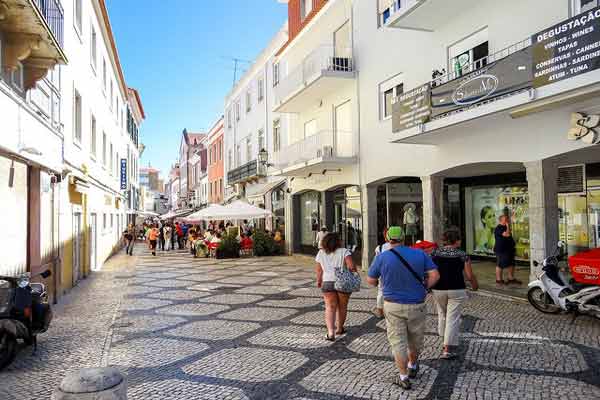 They gather to talk, read the paper, watch the ever-present television suspended on the wall and visit neighbours at all hours. These establishments are magnets for communal watching of important sporting matches.

Not your local denizen-type café, but a personal favourite for when I want one of the best pasteis de nata in all the country, much less Lisbon: Fábrica da Nata in the Restauradores District. Tasty sandwiches, too.

In towns and villages, year-round cultural activity often revolves around food. There are festivals of bread, olive oil, garlic, cheese and wine, among others, with groups performing traditional dance and song. Some holidays mark political events in the country’s history, while a couple honour Mary, the mother of Jesus.

Carnaval is widely celebrated, not just on Fat Tuesday before the Roman Catholic period of Lent preceding Easter begins, but over several days. Parades fill the streets and celebrants toss confetti, sing and dance. It’s not unusual to find shopkeepers in costume, much like Halloween partygoers.

In June, festivities dedicated to Saints Anthony (12th-13th), John (23rd-24th) and Peter (28th-29th) take place. Sardines are grilled in the streets, and revellers enjoy caldo verde, a traditional potato and collard greens soup topped with chouriço, a tasty spiced sausage. Weddings are performed, fireworks fill the air and plastic hammers are used to playfully hammer good luck into others.

Saint Martin’s Day is celebrated on November 11, part of a three-day period called Saint Martin’s Summer, usually a period with lovely weather. Traditionally this is the first day when new wine is tasted, it’s celebrated around a bonfire eating the magusto, chestnuts roasted in the embers of the bonfire and drinking água-pé, made by adding water to the pomace left after the juice is pressed out of the grapes for wine. Locals also enjoy jeropiga, a sweet liquor with the stronger, brandy-like, aguardente added. 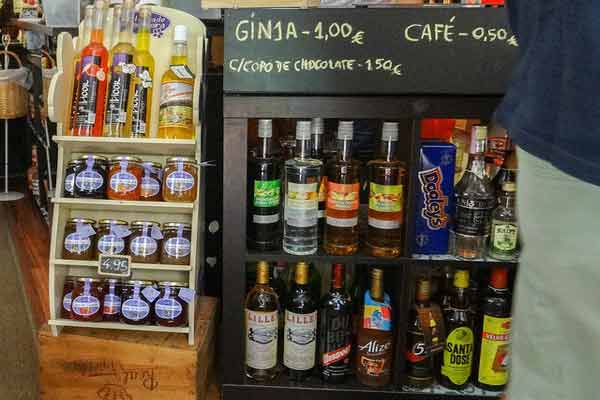 Christmas, Natal, is a family affair. Midnight Mass is celebrated, and traditional foods include codfish with boiled potatoes and cabbage and treats of fried pumpkin dough or cakes of chick peas, sugar and orange peel.

On January 6, the Feast of the Epiphany is celebrated by some. Families gather to sing traditional carols, Janeiras, and to eat Bolo Rei, literally, King Cake. Like the old English tradition of plum pudding, small treats are placed inside, like a ring or a medal. But beware of finding the raw bean: you’ll be on the hook to buy next year’s cake.