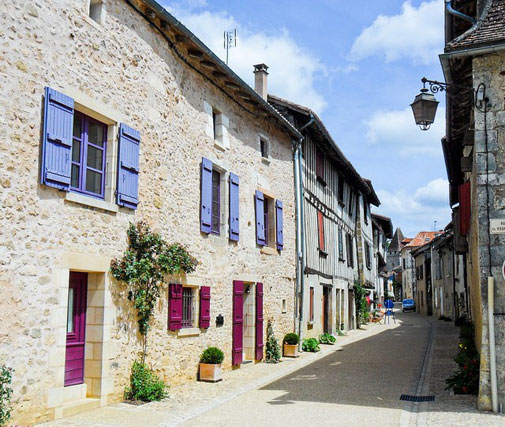 French traditions and culture hold a special fascination for foreigners. Certain elements of the culture are world-famous, such as the deep regard the French have for excellent food and wine. Other parts are less well-known and you’ll only discover it when you’ve made some horrible faux pas (mistake) at a dinner party. When you stay in France, whether for four days or four years, familiarising yourself with its cultures and traditions will deepen your experience. Here’s a quick guide to set you on your way.

France is a country of 65 million people. The country is multiethnic and multicultural, but it’s illegal to keep statistics on different ethnicities, so the actual percentage of the population each group comprises is unknown. It’s estimated that 83-88% of the population is Catholic, 2% Protestant, 5-10% Muslim, 1% Jewish, 1% Buddhist and <1% Sikh. Ethnic groups include: Bretons, Basques, North Africans, Africans, Eastern Europeans, Southeast Asians and more.

In France, the vast majority of native citizens speak French. This fact causes many English-speaking foreigners much anxiety, as the French have a long-held and rather unfair reputation for not liking to speak English. In reality, plenty of French people, particularly in large cities such as Paris, speak English well and enjoy doing so. But, on the whole, French people dislike being addressed in English by foreigners without first being asked whether they speak English.

Solve this problem by mastering the phrase: Parlez-vous anglais? (Par-lay voo anh-gleh) – Do you speak English? –  and use it before initiating conversation with a French person. You’ll find that this small effort will be greatly appreciated. If you’re moving to France or intend to stay for a long period, however, it’s a smart to learn the basics of French before heading over. Not only will it make life easier, it’ll open a whole new world to you.

A few other languages are spoken in France by a tiny minority of the French population, including: Breton, Basque, Catalan, Flemish and Arabic.

In France, it’s polite to say ‘bonjour’ or ‘bonsoir’ (good morning/good evening) when encountering someone, even if a stranger. For example, when entering a doctor’s office, it’s customary to greet those in the waiting room with a brief ‘bonjour.’  You should also do this when entering a small boutique, shop or café.

When addressing or trying to get the attention of a person that you don’t know, you should begin the conversation with: “Bonjour Madame/ Monsieur” No last name is necessary or expected. For example, if you get on a city bus and want to buy a ticket, don’t just ask to buy a ticket straightaway, but say: “Bonjour Monsieur…” then ask your question.

The double (and sometimes triple) kisses the French plant on each other’s cheeks in greeting is familiar to anyone vaguely familiar with French culture. This kiss is called ‘la bise.’ Women generally give la bise to both male and female friends upon greeting them or when being introduced to new people in a social setting. French men give la bise to all female friends and their closest male friends, otherwise they shake hands.

French families are generally close-knit. Immediate families dine together during the week and it’s common to lunch or dine with extended family on weekends.

Marriage rates in France have notably declined over the past 12 years. Many people are opting instead to enter into a civil union, known as a PACS (pacte civil de solidarité).  Couples in a PACS enter a formal contract that gives them many, but not all, of the same legal rights that married couples enjoy. While the law was created in 1999 to give same-sex couples increased legal and financial protections, the number of heterosexual couples getting “pacsé” has overtaken the number of homosexual couples entering the contract. This may be partly due to the fact that same-sex couples are now legally entitled to marry in France.

The French have reputation for being “cold” or “closed” but again this is a misunderstanding of French culture. On the whole, French people tend to behave with more formality and reserve than Australians, especially with strangers or new acquaintances. It may take several months–or even years, in some case–before you’re invited to French home, especially among the older generation. But this doesn’t mean that person doesn’t enjoy your company. You’ll find that, whether invited into their homes or not, the French can be extremely kind, loyal and caring friends and neighbours.

It’s no secret that French cuisine and wine are held in high esteem throughout France and the world. Although the term “French cuisine” is generally used to embrace all foods from France, each region has its own specialties and styles, usually based on local ingredients. For example:

French wines hold probably the most revered cultural status of all. With a history dating back to the Middle Ages, there are 12 major wine-growing regions in France, the most famous being Bordeaux, Burgundy and Champagne. It’s thanks to France that we have well-known grapes like Chardonnay, Sauvignon Blanc, Cabernet Sauvignon and Syrah. Indeed, almost all classic grape varietals in the world were originally sourced from France. 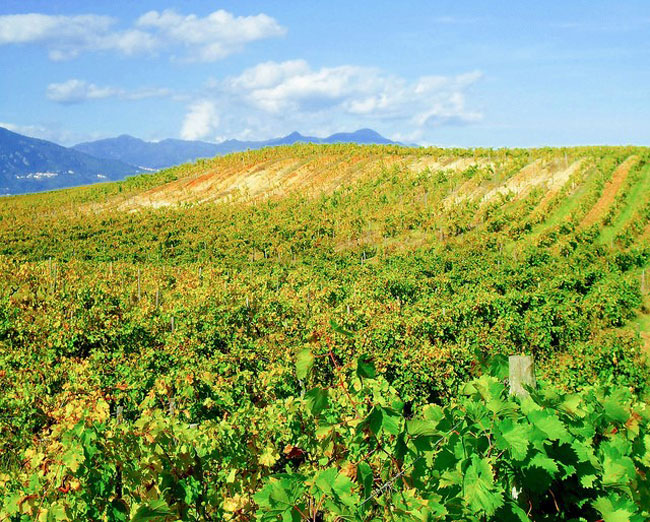 In 2016, France exported some $9 billion in wine, amounting to 28.2% of total wine exports. The country exports the highest percentage of fine wines in the world, although not the world’s top wine exporter (that honour goes to Italy –at the moment).

Despite the strong wine culture, most French people don’t drink wine willy-nilly. Wine is generally imbibed with meals, not before or after. Before-dinner drinks are called apéritifs and usually consist of champagne, beer, cocktails or sweet drinks like fruit juice or port wines. Digestifs, after-dinner drinks, commonly consist of brandies or liqueurs, such as Cognac, Armagnac, Calvados or fruit-based Eau de Vie.

In France, people are generally expected to behave discreetly, although public displays of affection aren’t uncommon. You’re also expected to speak in quiet tones, particularly in restaurants. Whether true or not, Americans have a reputation for speaking loudly in public. So if you want to show yourself to be a model of politeness in French society, modulate your tone accordingly.

Being a guest in a French home can feel like tiptoeing through a minefield when you’re not familiar with the culture (and sometimes even when you are!) But most French people are forgiving of foreigners who make cultural faux pas, as long as it remains within the bounds of decency. Still, you can impress French hosts by knowing basics guest etiquette.

Never arrive precisely on time to a French dinner party. Being timely is considered slightly rude, as the hosts are often still making final touches. Arriving 10-15 minutes after the stated time is considered polite–but don’t arrive later than that.

When arriving at a French home for dinner, it is customary to bring a small gift to the host. Your safest bet is to bring flowers (avoid chrysanthemums due to their association with death) or a small box of chocolates or fine candies. Unless you know the host well, foreigners should avoid bringing wine as the host will have already paired wine with the meal. Never bring food, unless asked.

Before the meal, there will almost certainly be an apéritif, where drinks will be served along with small items to nibble on. Don’t fill up at this point, as it’s only a teaser before the main meal. Also, remember that you shouldn’t start drinking your apéro until everyone has been served and the host gives a short toast (usually “santé” – good health).

The French have certain dining rules that may come as a surprise to people new to French or European society. Here are a few: 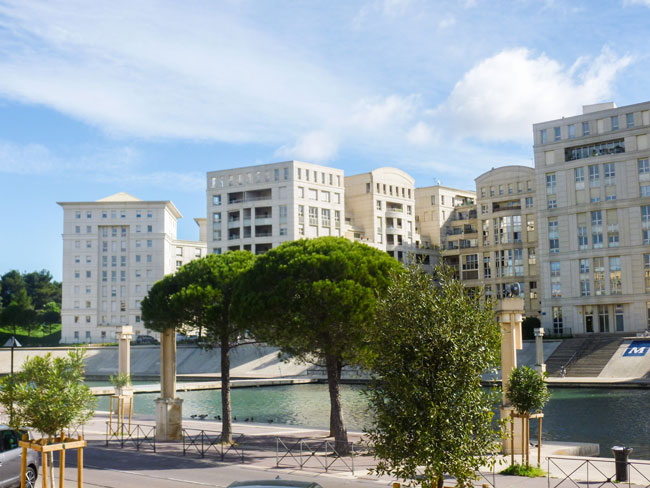 Business culture in France tends to be fairly formal and hierarchy is of the utmost importance.

When introduced someone always address them as Monsieur or Madame unless you are specifically invited to call them by their first name. Introduce yourself with both names. Shake hands lightly and briskly while looking the other person in the eye.

Wear formal business attire, unless you are specifically invited to dress casually. But caution! ‘Business casual’ in France usually means that you don’t have to wear a tie with your suit. Appearance is highly judged in France: you should look well-groomed at all times and your clothes should be good quality.

Long-term relationships are extremely important in France. When new to the country, start developing a network of French colleagues. Make an effort to engage in light chat about work to build those relationships. Don’t veer into talk about your personal life. The French value their privacy and rarely talk about their personal lives at work.

Make an effort to learn a few French phrases and terminology relevant to your business. If you don’t know any French, it’s courteous to apologise for not knowing the language.

The French speak in a direct manner in meetings and discussions have an intellectual tone. A healthy, intense debate over issues on the agenda is normal in French meetings and it’s not unusual for the discussion to wander from one topic to another. Do not expect for any conclusion or decision to be made at an initial meeting–usually the decision will be made after more discussion and thought. Don’t attempt to strong-arm them into making a decision, this won’t help and could make the situation worse. You’ll have more success reaching French colleagues with well-reasoned arguments and plenty of patience.

Hierarchy is adhered to strictly in France. Decisions come from those at the upper echelons of authority. Subordinates only act when specifically instructed to do so by a superior or the action is embodied in their job description. This can be frustrating for people who come from cultures that value taking initiative, even if it isn’t in the job description, when there is a visible need for action. In France, taking initiative in this way would be viewed as overstepping one’s boundaries.

Real Estate and Property in France