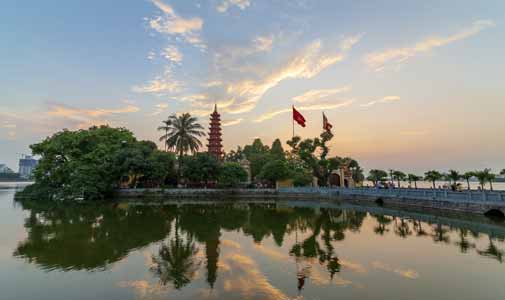 While most of Southeast Asia experiences sultry tropical weather year-round, Hanoi is a pleasant exception. There are four distinct seasons: it’s mild in the spring and autumn, hot in the summer and chilly—or even cold—in the winter.

Hanoi rarely gets all-day rains at any time of the year; the wet monsoon that prevails farther south doesn’t extend all the way to the north and though it’s humid, it’s a bit less so than in many other parts of Vietnam.

Part of Hanoi’s unique climate is due to its latitude. At 21 degrees north, the city is near the Tropic of Cancer and its weather is subtropical. Hanoi is roughly 1,500 kilometres north of Ho Chi Minh City but only 200 kilometres south of China. It’s also in the Red River Delta, with mountains to the north, south and west. The delta’s rivers, lakes and wet rice cultivation keep it humid, while the surrounding mountains create more temperature variations.

Hanoi’s most comfortable weather occurs during the spring and autumn months. September through November, March and April tend to have milder temperatures than other times of the year. High temperatures during this time are typically between 23 C and 31 C with low temperatures between 18 C and 24 C. 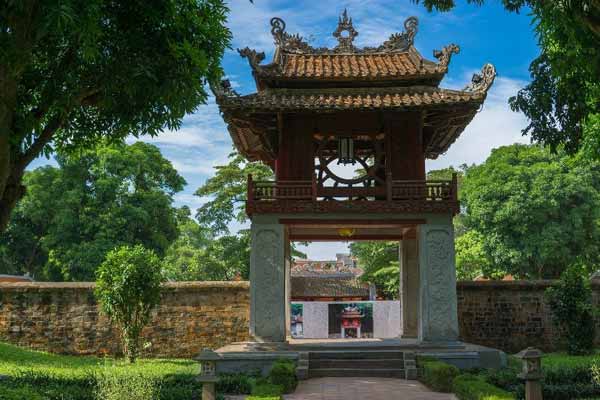 December through February is the cold season in Hanoi. Some years, the weather will be comfortably mild, but in other years, you’ll be glad that you brought along warm clothing. It doesn’t snow in Hanoi, but temperatures occasionally drop into the low single-digits. In 2016, it snowed in Ba Vi National Park, just on the outskirts of the city and the temperature in Hanoi dropped to a frigid 8 C.

May through August are the warmest months, with average high temperatures ranging from 31 C to 33 C. It can get much warmer, though—it’s not uncommon to have at least a day or two where the mercury sneaks above 40 C. Average low temperatures are between 22 C and 26 C during the hot season.

Typically, the humidity is fairly moderate during the morning and afternoon and increases in the evening. Even though the temperature drops a bit when the sun sets, it often feels much warmer in the early evening than during the day. The humidity averages around 82%. March, April, August and September are the most humid months, while humidity decreases during the cold season.

The hot summer months between June and September are also the wettest months. Though all-day rains are the exception rather than the rule, thunderstorms and sudden torrential downpours are fairly common during this time of year. These storms tend to blow in quickly, drench everything and stop within a couple of hours. Although flooding occasionally occurs, it’s more of a problem in the outskirts of the city where the infrastructure isn’t designed to handle great amounts of runoff. In the city centre, everyone just stays indoors until the storm passes; within an hour or two, the city will have cleared any debris and things quickly return to normal.

Most modern houses and apartments in Hanoi come equipped with both air conditioning and heat, and you’ll have the occasion to use them both every year.

Preparing For and Enjoying Hanoi’s Weather

In January and February, dress in your warm clothes, bring a scarf and enjoy the outdoors. This is the time of year to take a long walk without needing to pack along an umbrella or rain jacket. The locals will be out on the pavements, sitting on tiny child-size stools and eating hot pot and soups. You’ll see kumquat trees and peach blossoms throughout the city during this period around the Lunar New Year.

March and April have milder temperatures and little rain, which makes it a great time for more outdoor activities. This is the time to explore the small countryside villages around Hanoi, take a trip to Halong Bay or to the mountains. The flowering trees in the city will be in glorious full-colour display and the sun, which hasn’t come out much for the past two months, will be a welcome change. 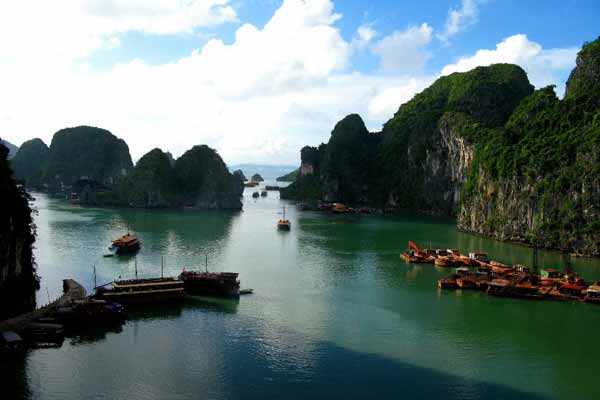 May through August are the hot months when the locals cool down at the waterparks and malls around the city, head to the scenic, cool-weather towns of Sapa and Dalat, or go to the beach. Merchants will park themselves in front of fans on the pavements in front of their stores. Open-air restaurants and bia hoi’s (literally, “fresh beer,” though they’re also favourites for good food) fill up in the evenings; socialising over cold beer is the norm. Hanoi women dress like ninjas during this time, covering every inch of skin from head to toe to protect against tanning in the summer’s sun.

September through November is autumn—a time to take out your walking shoes and camera. The humidity has decreased and the temperatures are idyllic. Many of Hanoi’s stately old trees will be turning colour and you’ll get some good photos as sunny skies will be the norm. It’s the perfect time of year to take a walk or find a quiet bench by a lake or park and watch the world go by. 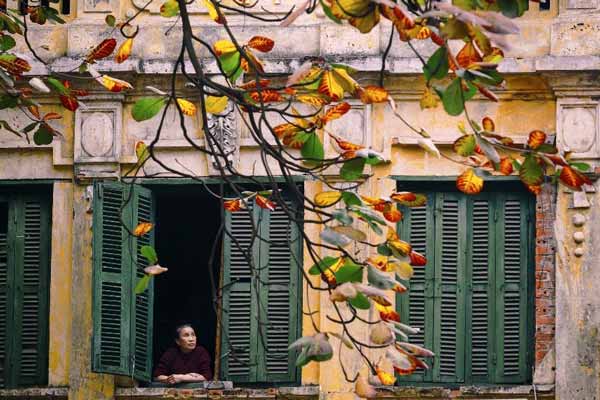 I like Hanoi’s seasonal weather. Like practically every local and expat, I’ll complain about the heat in the summer and look forward to the cold season; then, I’ll complain about the cold winter and look forward to the hot season. Those few months that separate the hot and cold seasons are wonderful, though, and that’s when, like most Hanoians, I’ll spend as much time as possible enjoying the great outdoors.

Everything you Need to Know About Living in Vietnam