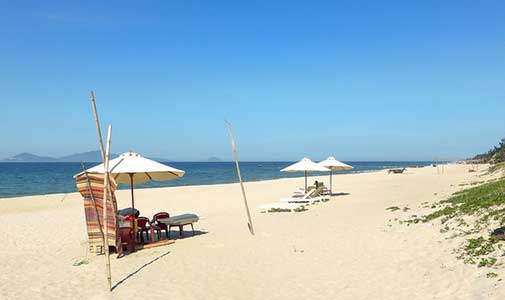 Anyone who lives in Hanoi knows it is rich in color and stimulation, but if you want a break from the tangle of urban life, you can easily get away for a serene few days without depleting your bank account. A wealth of regional budget airlines and nearby appealing getaway spots exist. Here are three options… 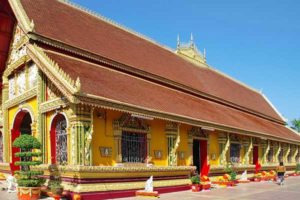 Set at the confluence of two rivers and beneath a hill capped with a Buddhist temple, the UNESCO World Heritage city of Luang Prabang contains a charming mixture of traditional Laotian wooden houses and French architecture. Its best weather is in the cooler months between November and February.

My husband, Barry and I started and ended our three days there participating in community traditions. Every morning, dozens of monks from different temples walk silently in long lines, collecting their daily alms from devotees. As the sun rose, we sat on the pavement with the locals and visitors to offer our rice and fruit to the monks.

In the late afternoon, we joined the throngs and climbed the hill in the center of town to watch the sunset. At the top, our backs to a temple, we admired the views of nearby lush mountains and the spot where the Mekong and Nam Khan rivers meet.

The streets invite wandering. You’ll see golden-roofed temples and homes with teak balconies and shuttered windows. One day we crossed the river and strolled along a verdant woodland path, where we watched young monks picking fruit and hanging their orange Buddhist robes on a clothesline.

Another day we visited Kuang Si Waterfall, which has three levels leading to a dramatic 50-metre drop into delicious swimming holes. Trails lead through a tropical jungle to the top, where you can see the stream feeding into the falls. 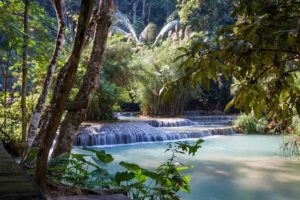 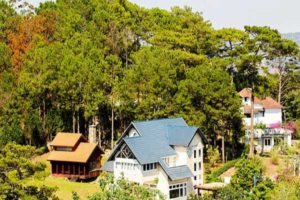 A popular getaway spot since French colonial times, the hill town of Da Lat, at 1,500 to 2,000 metres, is less than two hours by plane from Hanoi and an ideal escape from heat and humidity. The town has a springlike climate all year, with the dry season from November to March. 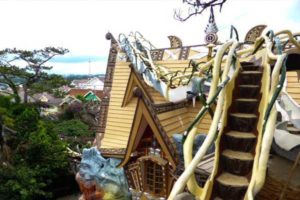 Wandering through its narrow passages, I was sure a gnome or an elf would appear any moment. You can book a room and spend the night there.

Another day, we took the cable car from Robin Hill to the Buddhist monastery above town, home to 100 monks and nuns, then walked down through forests and meadows. Later we visited the silk weaving factory and watched the entire process, from cocoon to fabric.

Da Lat is one of Vietnam’s richest agricultural areas, producing a variety of fruits, vegetables, tea, coffee beans and flowers. The town is ideal for sports enthusiasts, as it offers excellent opportunities for mountain biking, hiking, rappelling and canyoneering. 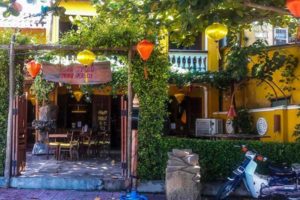 Another UNESCO World Heritage site, the graceful old city of Hoi An is a well-preserved example of a Southeast Asian trading port dating from the 16th century. To visit Hoi An’s historic sites, you buy an entrance ticket that costs about $7, which allows access to five of 22 ancient structures. Entering the old city, you leave New Hoi An City, cross a covered wooden Japanese bridge with a pagoda–and suddenly you feel like you’re in another era. 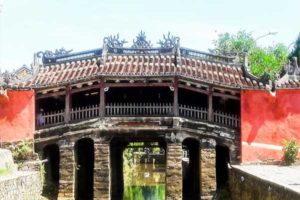 The town contains over 1,000 timber frame structures arranged side-by-side in rows along narrow pedestrian streets, reflecting the fusion of historic Chinese, Japanese and French influences. Buildings back onto the river, where you can take a ferry to the other side. The surrounding landscape is a gentle blend of river, ocean, islands and dunes.

One day we hired a taxi to take us to My Son Sanctuary, the evocative Champi ruins dating to the 4th century and the one time spiritual capital of Vietnam. Less than an hour from Hoi An,  the eight groups of temples are located in a beautiful setting, against a backdrop of mountains in a geological basin. Sadly, My Son was heavily bombed during the Vietnam War. However, since the temples were built of bricks with no mortar, reconstruction has been very successful, and now the main groups are reminiscent of how they appeared centuries ago.

Hoi An has no airport itself. Instead, fly to Da Nang, and take the Hoi An Airport Express, a trip of about 45 minutes, which costs about $9 or a private taxi from $30.