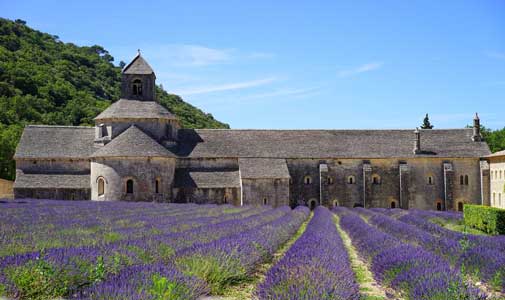 Retiring to France will be one of the most wonderful and, at times, challenging experiences of your life. It is such a big country with a vast variety of climates, cultures and cuisine.

While you are spoiled for choice there will be somewhere that suits not only your personal tastes but your budget more than others, regardless of how small you think it is.

There are homes ranging from crumbling shells to renovate from as little as $10,000 to beautifully updated chateaux for more than $20 million and everything in between.

You can rent from as little as $300 a month for a small country house or apartment to more than $3,000 in the 1st and 4th arrondissements of Paris and the resort cities of the Mediterranean Coast like Cannes and Nice.

Making France even more attractive to expats is that there is no restriction on foreign ownership and the buying and selling of real estate is so heavily regulated there is little chance of a poor outcome.

But with the huge range comes the problem of where to start looking.

So, I’ve put together a round-up of some of the best options for expat living in France.

You will notice that places like Paris, Nice and Cannes didn’t make the cut. Terrific places which must be on your bucket list to visit and with plenty of English-speaking people BUT they are expensive and packed with tourists. While the lifestyle offered is cosmopolitan they do not offer the cultural immersion that so many expat retirees seek.

I’ve also left out the Dordogne, sometimes called “Dordogneshire” because of the number of English who have settle there, and Provence inland from the Mediterranean coast.

The Dordogne reminds people of the English countryside but has been so well settled by expats there are few bargains left and many say it has become too Anglified. 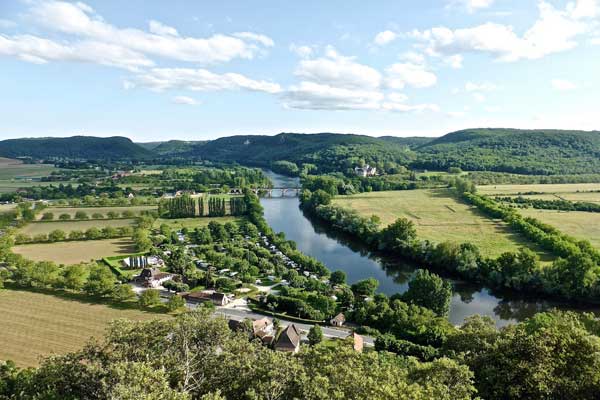 Provence is also popular after having its praises sung in so many books and movies. For this reason it’s much more expensive than the rest of France.

I am not saying avoid them but expect to pay substantially more for property and more in rent if you are desperate to have a “fashionable” address.

I have tried to find places which offer a quintessential French lifestyle at a moderate price with easy transport connections to the rest of France and Europe. 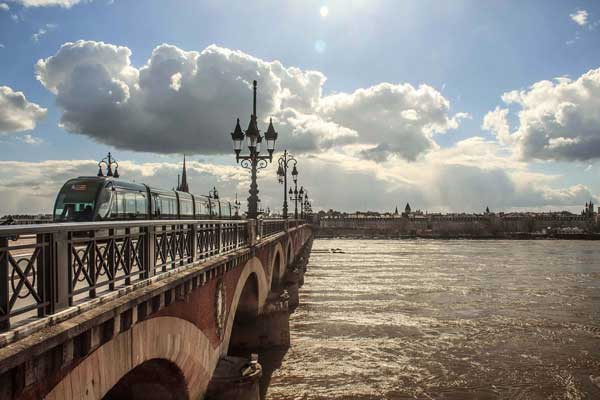 Let’s start with Bordeaux. Strolling through the ancient streets, alongside the Garonne River and knowing some of the world’s best known and loved vineyards are only a few minutes away you understand why it is one of the most popular destinations for ex-pats and tourists.

You will enjoy eating outdoors with hot sunny summers with temperatures in the mid to high 30s C and mild winters but it can get very cold in January with temperatures around 15 C. In summer it is great weather to take advantage of the hundreds of wineries within an hour’s travel or the beautiful sandy beaches on the Atlantic coast only 30 to 40 minutes’ drive away. You can even get a bus from town for the day.

In fact, transport connections to and from Bordeaux are terrific for the retiree. There is an airport but the best way of travelling is on the TGV (very fast train) which glides through the countryside at 300 kilometres an hour. At Bordeaux you are less than three hours from Paris and only six from the centre of London.

If you enjoy something a little different, northern Spain and the coastal tourist hot-spot of St Sebastian is only a couple of hours drive away or you may want to check out the running of the bulls in Pamplona, only a four-hour, easy drive.

Real estate prices are higher than average in France because of the city’s popularity. Expect to pay around $800 to $1,200 a month for a two-bedroom apartment or small house on a long lease. Short term leases are harder to find and go up dramatically in price in the holiday season. Shop around and check Airbnb if you want a short term stay but be prepared to more than $400 a week and higher.

You can pick up a small condo to buy in Bordeaux for around $120,000 but the more popular areas will come at a premium. 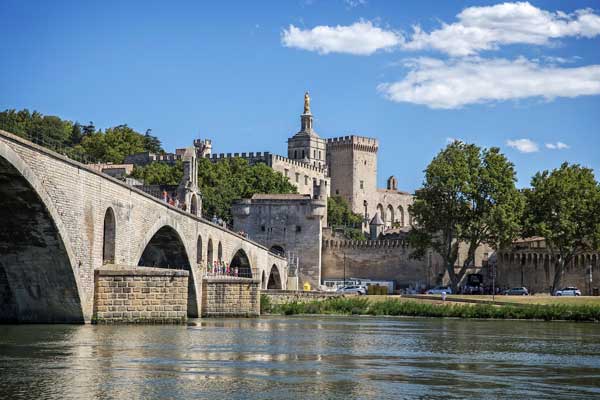 Avignon, capital of the Vaucluse department, is a city in which dreams are made. Home of the famous bridge popularised in a French folk song and one of the oldest settlements in France.

It was the home of Roman Catholic Popes from the early 14th century right up and didn’t become part of France until the Revolution in 1791.

Sitting next to the Rhone River, Avignon has a humid sub-tropical climate with hot summers and mild cool winters. In July and August temperatures can reach 40 C. There is consistent rain all year round giving the humid conditions.

Be prepared to wait for a seat at one of the many cafes, especially in the holiday season. Avignon gets around 4 million visitors a year, not bad for a city with less than 100,000 inhabitants.

It has a small international airport and two railway stations with TGV connections to the rest of France.

Like most tourism-based towns, Avignon has a shortage of short-term accommodation to rent but long-term you will be paying around $700 plus a month. You can buy an apartment or renovated small town house from around $200,000. 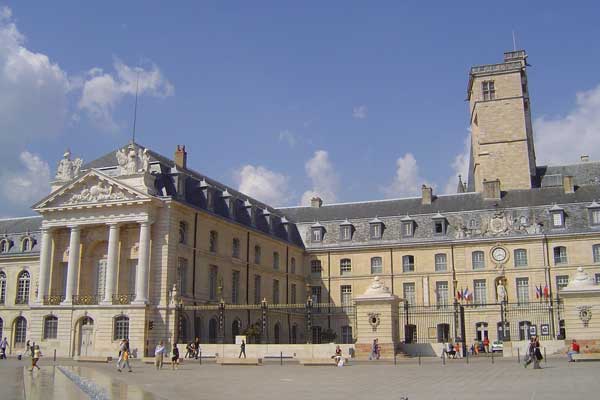 Dijon is the perfect French city. The capital of Burgundy, it is famous for its wine, mustard and amazing buildings from Gothic to art-deco.

The first time I visited Dijon I was blown away by the gargoyles on the Church of Notre Dame. You can spend a couple of days just looking at the buildings, many with distinctive tiles glazed in terracotta, green, yellow and black and arranged in geometric patterns.

The climate is described as oceanic with hot summers and temperatures in the 30s C to fairly cold winters with temperatures plunging to freezing point.

It is an important railway hub with connections to Paris, Lyon, Marseille and Switzerland. In fact, you are only 90 minutes from the centre of Paris by TGV.

Real estate is good value here. You can get a comfortable two-bedroom apartment for as little as $150,000 but if it is a small holiday style apartment you want there are some great buys around $120,000.

Rents for an apartment or small town house start around $600 a month. 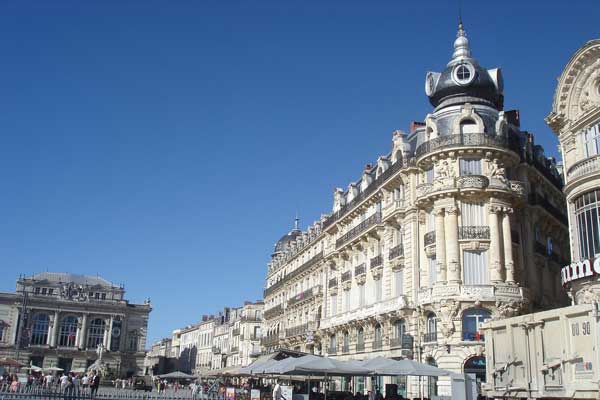 Living in France doesn’t get much better than Montpellier. Within a few minutes of the Mediterranean coast Montpellier is the country’s seventh biggest and fastest growing city.

Nearly a third of its half-a-million population are students from the three universities and other higher learning institutions. The big student population means there is a big entertainment and dining culture but, on the downside, rental accommodation can be hard to find.

The town’s stately Gothic Cathédrale Saint-Pierre, distinguished by conical towers, dates to 1364 but the city is much older.

It has a true Mediterranean climate with warm summers peaking in the high 30s C and mild winters with the temperatures rarely dropping below freezing.

But one of the great things about choosing Montpellier to live is its easy access to a huge range of destinations. The beach is 10 kilometres away, you can go skiing in the Pyrenees a few hours’ drive away, the tourist magnets of Carcassonne and Avignon are within easy reach and it is less than a four-hour drive to Barcelona if you fancy a change of culture!

A two-bedroom apartment on a long-term lease is going to start around $800 a month but, as I mentioned, short-term is hard to come by. You can buy an apartment from as little as $100,000 and if you only want to use it as a holiday home there’s big potential to let it out to students.

As I mentioned earlier, there are so many terrific places for an affordable and relaxed lifestyle in France. Your biggest problem will be choosing where to live.

Do Australians Need A Visa for France?