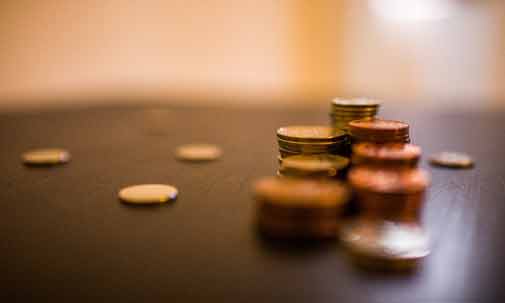 They’re at it again.

Another proposed change to Age Pension eligibility. It’s not a biggie…but add it to the string of changes over the last 10 years—of which there have been 10—and it’s more than a little annoying.

We’re told this new rule—titled “The Enhanced Residency Requirements for Pensioners”—will only affect 2% of new pensioners. And that may be so, as it directly targets migrants who’ve arrived in Australia late in life. Yet it’s still an addition to the already long list of eligibility requirements that all existing and upcoming pensioners have to get their head around.

The new rule also applies to the Disability Support Pension (DSP). If you’re already on either pension, the new rule doesn’t affect you. And if you’re not…chances are it won’t affect you either. Unless you’re a new Australian who called Australia home less than 15 years ago.

So how does “The Enhanced Residency Requirements for Pensioners” change things?

Currently, to be eligible to apply for either the Age Pension or the DSP you must have a minimum of 10 years of Australian residency, with at least five of those years being continuous (that means that you didn’t live in any other country during those five years, other than standard overseas holidays).

With “The Enhanced Residency Requirements for Pensioners”, it’s a little more convoluted.

From 1 July 2018 (if the measure passes legislation, which it’s expected to do), to be eligible to apply for either the Age Pension or the DSP, you must fit into one of three categories. You’ve got 10 continuous years of Australian residence with at least five of those years between the age of 16 and pension age. If you don’t have that, then it’s 10 continuous years of residence without having claimed any income support (such as Newstart) for five years or more. Failing that you must have 15 years of continuous Australian residence.

By forcing some migrants to wait until they receive the pension, our government estimates it will save around $119 million per year. Yet again the Australian Age Pension provides the target for reducing the budget deficit.

Most of us will dodge the bullet on this one. But what’s coming next?

It feels as though the government won’t rest until there is no Age Pension. A Centrelink officer told me back in February that by the time I get to pension age (67 in my case), there may not even be an Age Pension. They’re going after the Disability Support Pension too. According to National Disability Services Chief Executive Ken Baker, tightening of eligibility rules since 2014 has reduced the number of DSP recipients by 71,500, or 9%, despite population growth.

And what about politician’s pensions? Are they doing their bit to help the public purse?

Fat chance. Retired pollies receive 75% of their wage for the previous two years…for life. From the age of 60. No talk of increasing the pension age to 70 there. And while the rest of us cop tighter assets and income tests for eligibility, parliamentary pensions aren’t means tested. In fact, many retired pollies take up well-paid board appointments or careers in the private sector on leaving Parliament.

You can bet that our pollies don’t join the 36% of Australians over 65 who live below the poverty line. (OECD Pensions at a Glance 2017).

For the rest of us, we’ll continue to live on edge, waiting for the next nail in the Age Pension coffin. It’s not right. Is it too much to ask for some security? Some reassurance that our government will help us in retirement if we need it? We’ve earned it. We’ve worked all our lives, we’ve paid our taxes. We get thrown on the employment rubbish pile once we hit 50 (if you’ve tried to find employment after 50, you’ll know exactly what I mean). Yet we’re threatened with working until we’re 70. Work at what? Where?

Will I be entitled to any Age Pension when I hit 67? If so, how much? Honestly, I’m not waiting around to find out. I’m forging ahead with my plans to move overseas—Age Pension or no Age Pension—where I know a more comfortable retirement than I could ever afford in Australia awaits…

How Our Roving Retirement Unlocked a Richer, Better Life